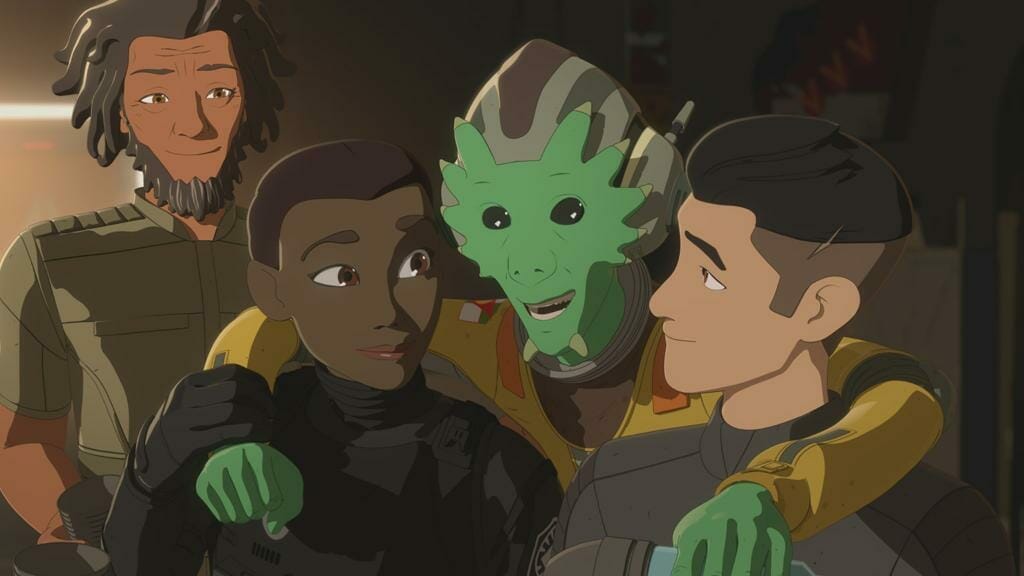 Season 2 of Star Wars Resistance is now streaming on Disney+!

This series is set prior to the events of Star Wars: The Force Awakens and follows Kazuda Xiono (“Kaz”), a young pilot recruited by the Resistance for a top-secret mission to spy on the growing threat of the First Order.  The show features everything you love about Star Wars including colorful racers, high-flying adventures, Resistance spies, and First Order sympathizers.

You can watch or re-watch the entire series now on Disney+.  To celebrate the arrival of Season 2 on the streaming service, StarWars.com has shared 10 essential episodes from both seasons of the action-packed series. Take a look!

1. “The Children from Tehar,” Season One, Episode 6

The arrival of Kel and Eila shine a light on how the First Order impacts regular citizens while putting Kazuda Xiono at an important crossroads. Like Han Solo before him, initially Kaz sees the kids as a pay day, with a 20,000 credit bounty on their heads, and a badly needed break to pay for the rare compensator he broke on the Fireball. Instead, Kaz ends up helping the children, and through their eyes we see the aftermath of the destruction reaped by Kylo Ren.

2. “Secrets and Holograms,” Season One, Episode 10

Torra and Kaz ultimately form a strong bond, but early on the Resistance spy was still keeping a lot of secrets from the friendliest Colossus racer. The story that unfolds here shows the first seeds of their blossoming friendship as they decompress playing a flight sim in Torra’s quarters and she helps Kaz escape Doza Tower through — what else? — the trash incinerator, to avoid detection.

It’s always a good time when Poe Dameron and Kaz team up! On a mission to explore a First Order outpost, the duo makes a concerning discovery: their enemies are mining asteroids and harvesting dedlanite, which is used for weapons. A portent of things to come.

A big reveal that we won’t spoil here is an epic twist to end the first season. But not to be outdone, there’s a lot of emotional heft here as Kaz watches as his whole world is annihilated by Starkiller Base and Tam makes a heart-wrenching decision to leave her friends for what she hopes will be a better life.

Tam may believe the First Order is making the galaxy a safer place, but she’s resistant to following the strict orders that don’t always match her own moral compass. Case in point, her spunk can’t be contained by the dress code rules that require her to keep her helmet on and answer to a number instead of a name. And when she sees Rucklin in trouble, she can’t just stand by and watch him crash; she feels compelled to swoop in and save his skin, a move that lands her on Lieutenant Galek’s bad side.

Neeku is so pure. With the arrival of Nena in this second season episode, we learn more about Neeku’s humble upbringing and the bantha herders who supported his dreams of becoming an engineer. But the story also showcases how sometimes trusting people can be taken advantage of, a cautionary tale for the very literal Neeku who just wants to see the best in everyone it seems.

Resistance set itself apart from other Star Wars storytelling from the start by focusing on the average denizens of the galaxy instead of the plight of good and evil, the light side and the dark, among Force users. But the Force always plays a role, and in this episode Kaz wanders into a Sith temple where he meets the formidable treasure hunter Mika Grey. Like Maz Kanata, Mika isn’t a Force user in the strictest sense, but she does seem to have a deep knowledge of and respect for the energy binding the galaxy together.

Venisa Doza is a powerhouse! The mother of Torra Doza, who previously convinced her husband to leave the Empire, is an amazing pilot and crusader for the Resistance in her own right. But there’s something about her personality that also cuts to the core of Tam, even inspiring the First Order pilot to help Venisa escape imprisonment.

Strange new aliens, found family, and planet-hopping adventures make up the beating heart of Star Wars, and this episode has it all. 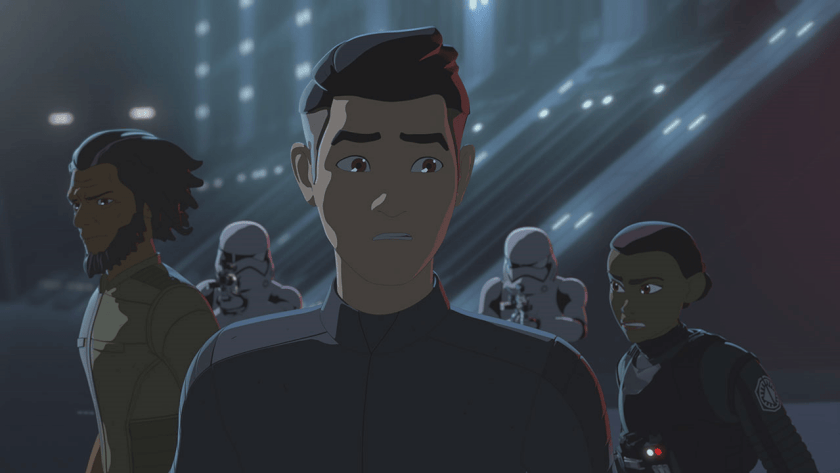 An emotional reunion and a fierce final battle make up this series finale, and we couldn’t be happier about where the story ended. No spoilers here, but Supreme Leader Kylo Ren is just as menacing in animation as he was on film.