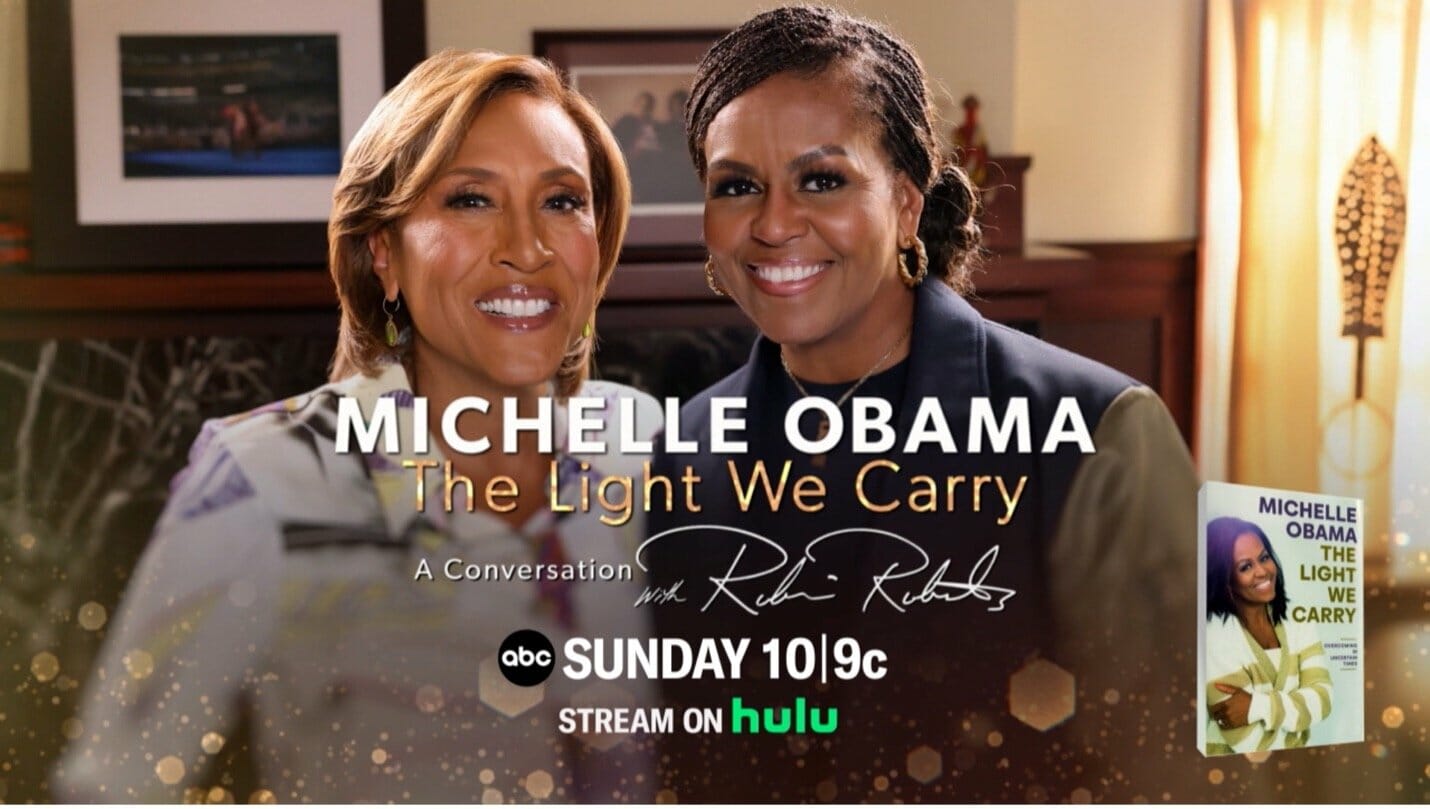 The “Michelle Obama: The Light We Carry, A Conversation with Robin Roberts” is a production of ABC News’ “20/20.” Janice Johnston serves as executive producer.

Mrs. Obama’s book, “The Light We Carry: Overcoming in Uncertain Times,” is published by Crown/Penguin Random House and will be released on Tuesday, Nov. 15.