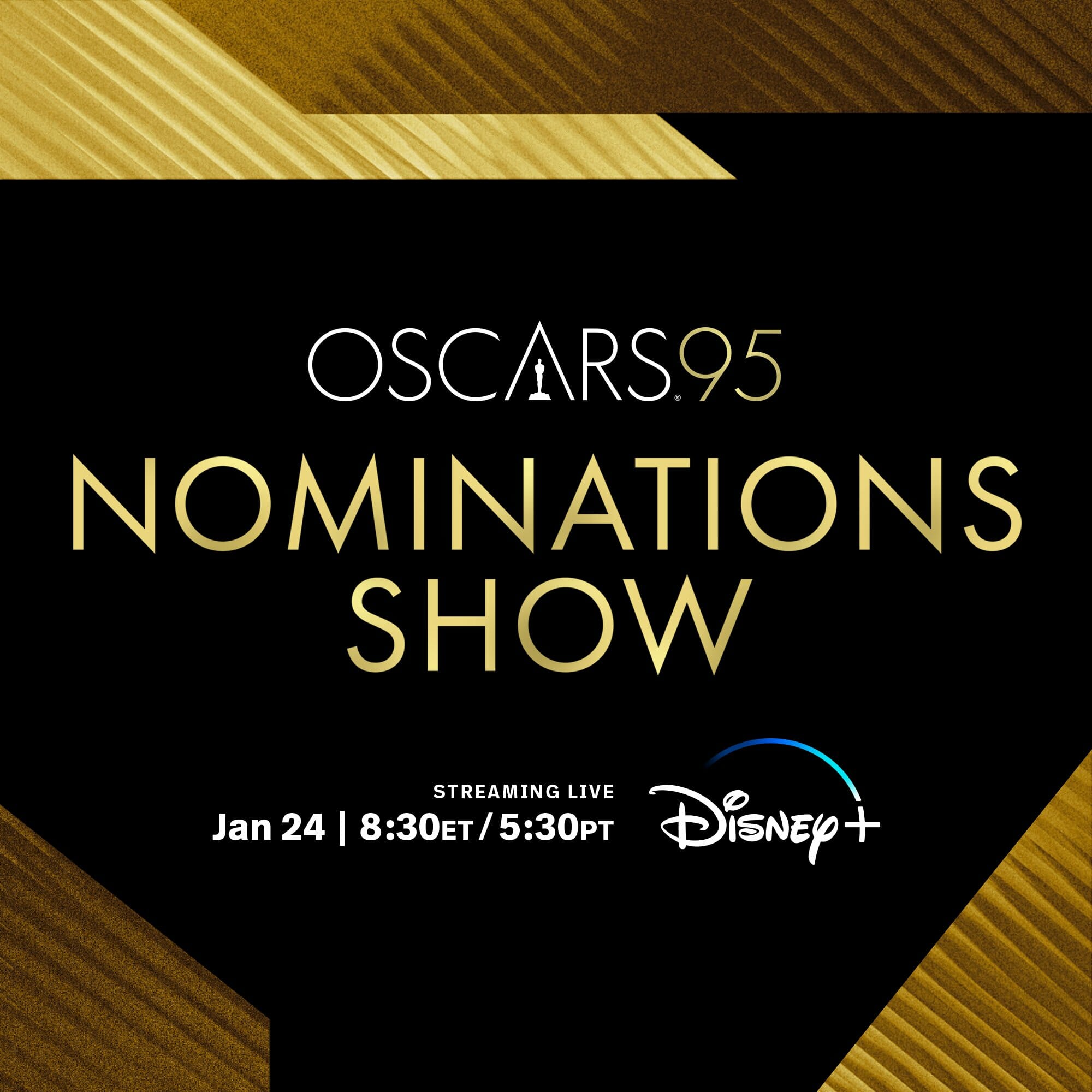 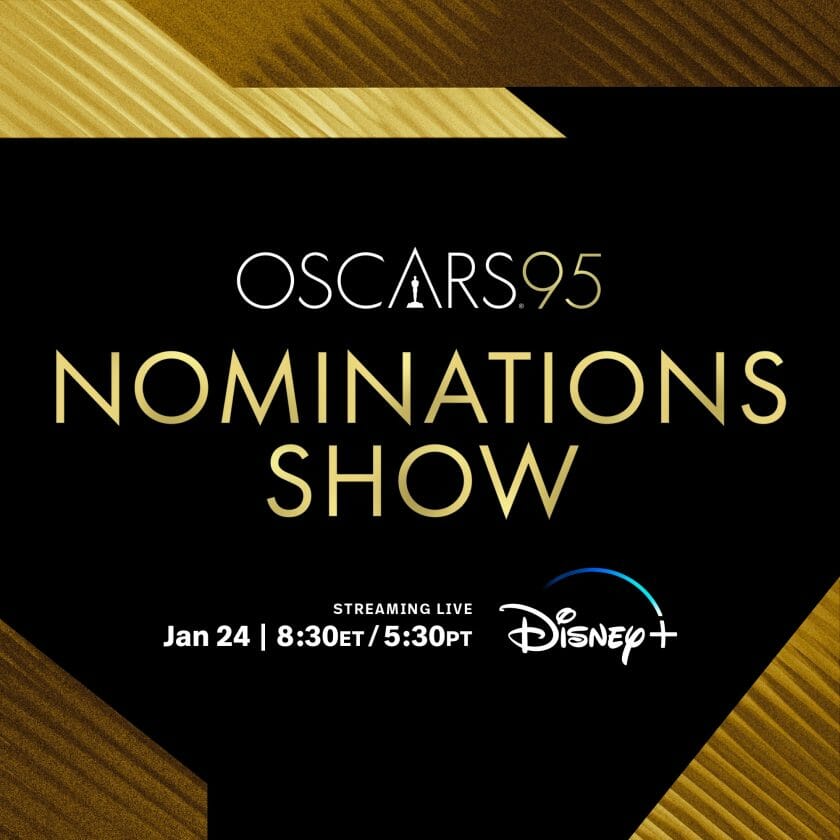 The Oscar Nominations event will also be broadcast on ABC and on the Oscar social media accounts, including YouTube, Facebook, Instagram, TikTok, Twitter, and for the first time in Virtual Reality via Metaverse’s Horizon Worlds.

Check out the announcement video below:

The 95th Oscars takes place at the Dolby Theatre at Ovation Hollywood and will air live on ABC and broadcast outlets worldwide on Sunday, March 12, 2023.

1 thought on “2023 Oscar Nominations To Livestream On Disney+ (US)”