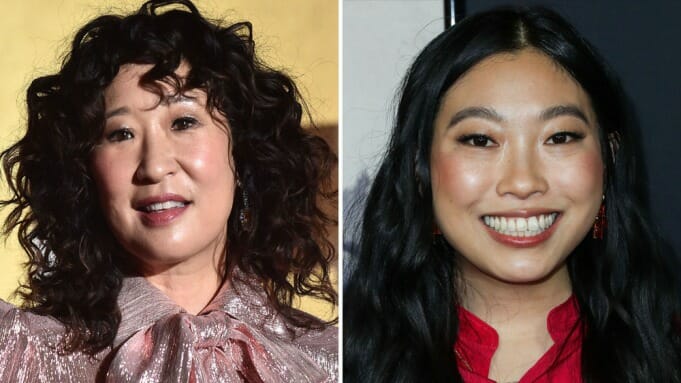 20th Century Studios has acquired the rights to an untitled Sister comedy with Awkwafina and Sandra Oh attached to star.

The story follows a brilliant but tightly wound, Jeopardy-obsessed young woman (Awkwafina) who must reunite with her estranged, train-wreck of a sister (Oh) when they’re forced to come up with the money to cover their mother’s gambling debts. The two embark on a wild, cross country trek in a desperate hope to win enough cash the only way they can think of—by turning our reluctant hero into a bona-fide JEOPARDY champion.

Jessica Yu has been tapped as director.  Jen D’Angelo (Hocus Pocus 2) is writing the script.

Netflix originally had rights to the pic, but according to Deadline, the streamer recently let the project move back to the market with 20th Century landing the rights and they are now prioritizing the project in development.

Oh is currently filming the fourth season of the Emmy-winning series Killing Eve.

Awkwafina was most recently was seen in Marvel’s Shang-Chi and the Legend of the Ten Rings and can be seen next in Apple’s Swan Song.