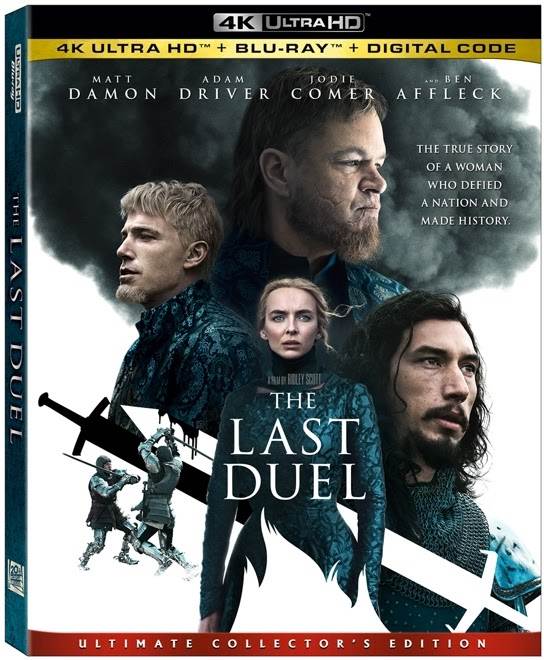 20th Century Studios’ “The Last Duel” will debut on all major digital platforms on November 30 and on 4K UHD, Blu-ray and DVD December 14.

Bonus features on the home release will include:

You can watch a trailer for “The Last Duel” below and read our review of the film here.