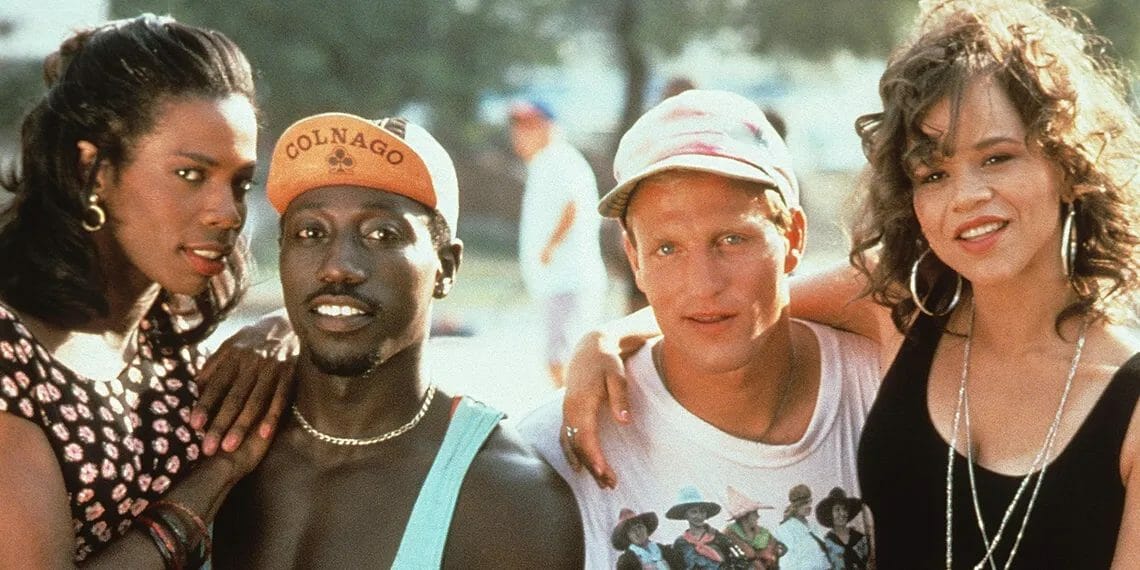 20th Century Studios’ new “White Men Can’t Jump” remake is coming out sometime this year. The film is a new take on Ron Shelton’s comedy from 1992 and follows two street basketball hustlers who at first try to hustle each other, then team up for a bigger score.  The original movie starred Woody Harrelson, Wesley Snipes and Rosie Perez.

The release window was shared by Director Calmatic in a recent interview with Collider which you can see below:

“We locked the edit maybe a couple days ago. I feel like we gotta finish the sound mixing, throw some songs in there, get it color correct, and take it through the final stages of post. And then, I’m sure you guys will see something really soon. It’s definitely coming out this year.”

The plot for the new film follows Kamal Allen, who was supposed to follow in the footsteps of his NBA legend father. Instead, his anger got the best of him and changed his career for the worse. Now, he’s stuck playing pick-up games and driving a delivery truck to support his family. He has to push himself, but his temper and outbursts make him frustrated. A hipster white guy, Jeremy, challenges him to a shootout; Kamal judges Jeremy as a fool, but he quickly finds a friend who’s also missed out on a dream. They team up to see if they have what it takes to make their basketball dreams come true.