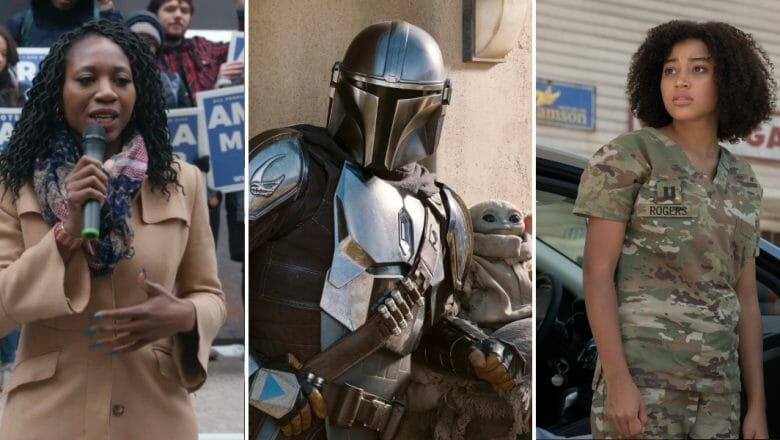 Looking for something to watch this week?  Of course, everyone is looking forward to the Season 2 premiere of The Mandalorian this Friday, but you might want to put the following shows on your radar too! On Monday, FXX airs the movie The Darkest Minds, adapted from the dystopian novel of the same name. Then, on Wednesday, the animated film Monsters, Inc. will air on Freeform, followed by the hit sitcom American Housewife later that night on ABC. On Thursday, City So Real will debut on National Geographic in an unprecedented one-night, five-hour commercial-free event. 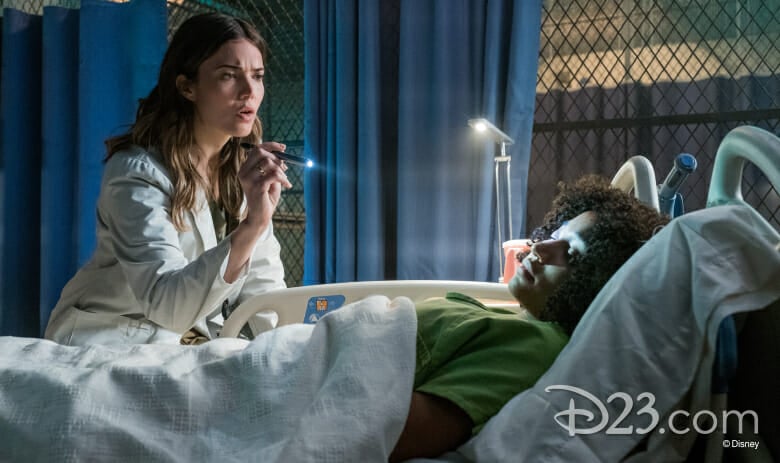 Tune in for the network premiere of the 2018 film from 20th Century Studios. Director Jennifer Yuh Nelson and producers Shawn Levy and Dan Levine deliver an empowering tale of teens who mysteriously develop new abilities and are declared a threat by the government. One of the most powerful teens, Ruby (Amandla Stenberg), escapes and joins a group of runaways seeking safe haven. It doesn’t take long for the newfound family to realize they must join forces to take back control of their fate and save future generations. Harris Dickinson, Miya Cech, Skylan Brooks, and Mandy Moore round out the film’s cast. 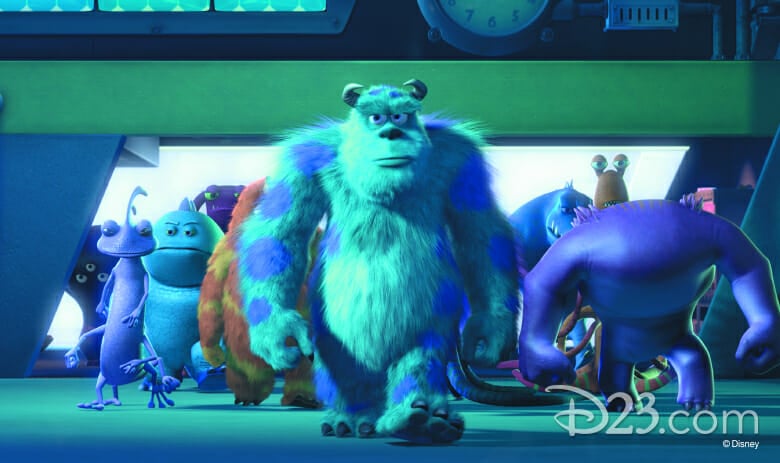 The network’s “31 Nights of Halloween” continues with the 2011 Disney and Pixar classic from director Pete Docter. Friendly and furry Sulley (voice of Disney Legend John Goodman) and his wisecracking sidekick Mike Wazowski (voice of Disney Legend Billy Crystal) are the top scare team at Monsters, Inc., the scream-processing factory in Monstropolis. But when a 2-year-old girl named Boo (voice of Mary Gibbs) wanders into their world, it’s the monsters who are scared silly! To get Boo home safely, Sulley and Mike must keep her presence a secret. 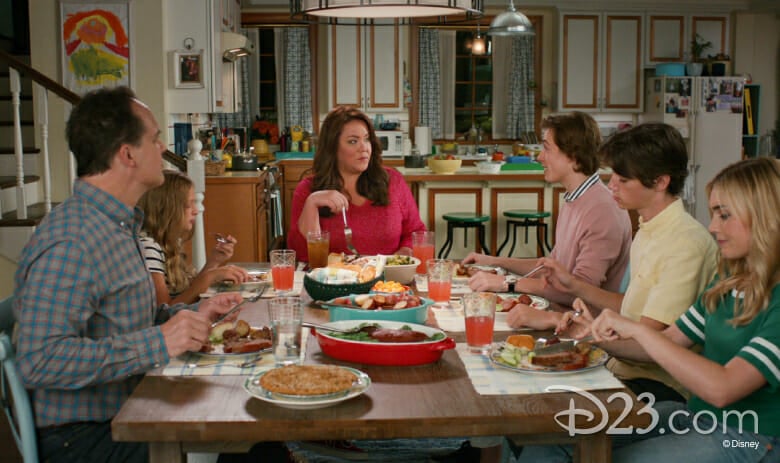 In the season five premiere, Katie (Katy Mixon) goes to great lengths to appease Principal Ablin (Jerry Lambert) in order to ensure her firstborn, Taylor (Meg Donnelly), graduates from Westport Unified. Meanwhile, Greg (Diedrich Bader) finishes ghost writing the final chapter of a memoir for viral video star Lonnie (Matt Shively). Oliver (Daniel DiMaggio) is devastated to learn that his best friend Cooper (Logan Pepper) will be leaving Westport, while Anna-Kat (Giselle Eisenberg) tells Franklin (Evan O’Toole) she is ready to get outside her comfort zone, as she plans to attend sleep-away camp during summer break. 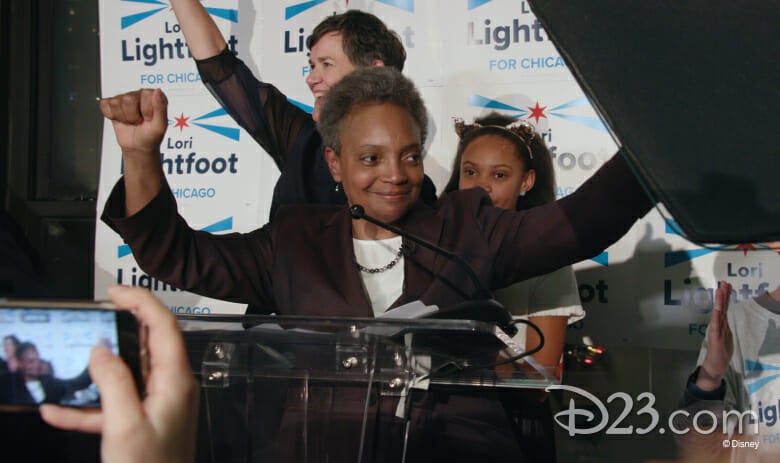 City So Real—Thursday, October 29, at 7 p.m. ET on National Geographic

The five-part documentary series begins with “Welcome to Chicago” and is followed by “Blood Sport,” “With All Due Respect to the Candidate,” “If You Want to Break the Machine,” and “You Gotta Make It or You Gotta Take It.” Filmmaker Steve James paints a complex portrait of Chicago, offering a multifaceted look at a quintessentially American city set against the backdrop of its historic 2019 mayoral election. The series begins in mid-2018 as Mayor Rahm Emanuel, accused of a cover-up related to the police shooting of a Black teenager, Laquan McDonald, shocks the city by announcing he won’t seek reelection. An unprecedented 21 candidates emerge in a diverse and crowded field as they engage in a no-holds-barred battle for a chance to shape Chicago’s uncertain future. The final episode takes place in 2020, a year after the mayoral election, as the city simultaneously deals with the COVID-19 pandemic and the social unrest following the police killing of George Floyd. 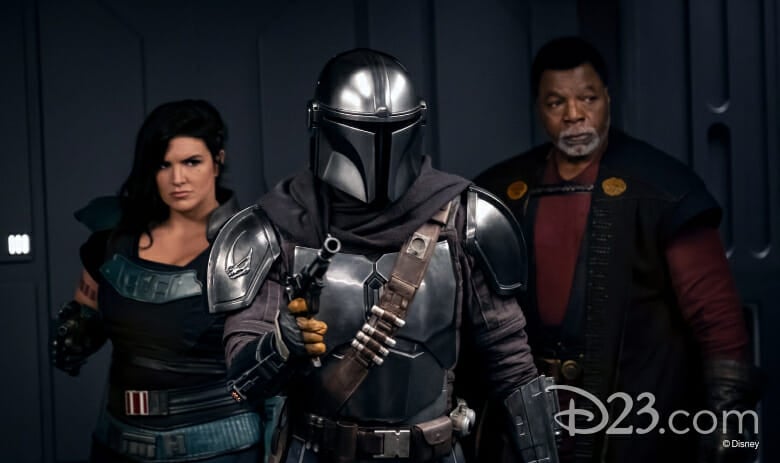 The Mandalorian—Friday, October 30, on Disney+

The season two premiere finds the Mandalorian (Pedro Pascal) and the Child continuing their out-of-this-world adventures. As they travel through a dangerous universe in the tumultuous era after the collapse of the Galactic Empire, they need to rally allies—and fast! With Moff Gideon (Giancarlo Esposito) in pursuit, old friends, including Greef Karga (Carl Weathers) and Cara Dune (Gina Carano), join the dynamic duo on their epic journey