Looking for something to watch this holiday weekend?   It all starts Friday when Disney+ makes the films Eddie the Eagle and Into the Woods available and also debuts the highly anticipated season two finale of The Mandalorian. The next night, Nat Geo WILD will deliver the season finale of Secrets of the Zoo: North Carolina. Then, on Sunday, ABC will broadcast the fan-favorite movie The Sound of Music. 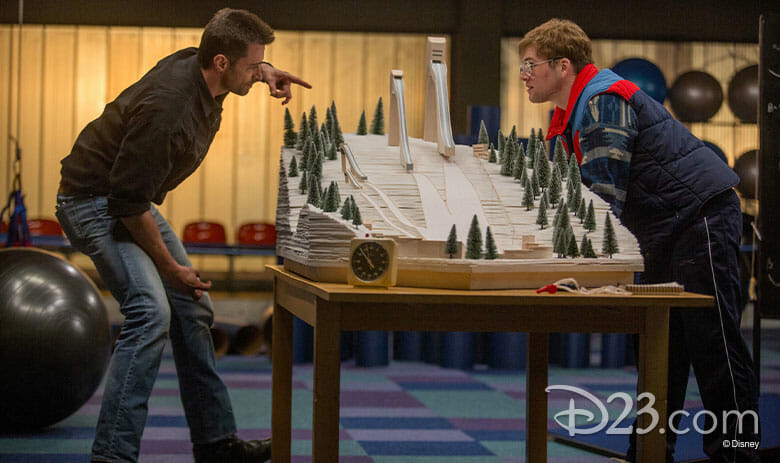 Eddie the Eagle—Friday, December 18, on Disney+
Joining the Disney+ library, this 2016 film from 20th Century Studios and director Dexter Fletcher tells the inspirational story of British athlete Michael “Eddie” Edwards (Taron Egerton). Cut from the Olympic ski team, Eddie travels to Germany to try his luck at ski jumping. Fate leads him to Bronson Peary (Hugh Jackman), a former ski jumper who now works as a snowplow driver, who agrees to train the determined and spirited underdog. Though his country discounts him, Eddie makes it all the way to a historic and unlikely showing at the 1988 Winter Olympics. But does he have what it takes to medal in Games? 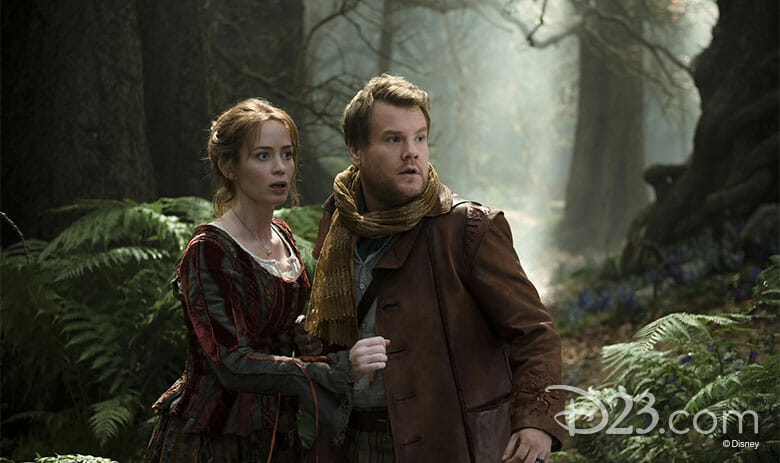 Into the Woods—Friday, December 18, on Disney+
The streaming service is adding the Rob Marshall Oscar®-nominated adaptation of Stephen Sondheim’s beloved Broadway musical to its library. The story follows a childless couple (Emily Blunt and James Corden), who have been cursed by a formerly beautiful witch (Meryl Streep). Three days before a blue moon rises, the couple heads into the woods to find ingredients that will reverse the curse. Along the way, they meet Cinderella (Anna Kendrick), Little Red Riding Hood (Lilla Crawford), Rapunzel (MacKenzie Mauzy), and Jack (Daniel Huttlestone), each of whom is on a quest of their own. Rounding out the cast are Christine Baranski as Cinderella’s Stepmother, Tammy Blanchard as Florinda, Disney Legend Johnny Depp as the Big Bad Wolf, Billy Magnussen as Rapunzel’s Prince, Chris Pine as Cinderella’s Prince, Lucy Punch as Lucinda, and Tracy Ullman as Jack’s Mother. 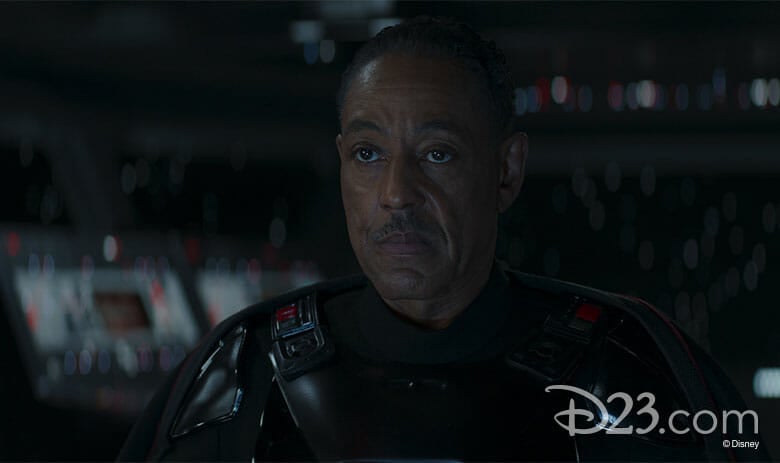 The Mandalorian—Friday, December 18, on Disney+
All season long, the titular Mandalorian, Din Djarin (Pedro Pascal), has been trying to reunite Grogu, aka The Child, with the Jedi. His adventures have reunited him with familiar faces such as Cara Dune (Gina Carano), Greef Karga (Carl Weathers), Mayfield (Bill Burr), Peli Motto (Amy Sedaris), and Fennec Shand (Disney Legend Ming-Na Wen), and also introduced him to new ones, including Cobb Vanth (Timothy Olyphant), Bo-Katan (Katee Sackhoff), Ahsoka Tano (Rosario Dawson), and Boba Fett (Temuera Morrison). After Moff Gideon (Giancarlo Esposito) captured Grogu, Mando will stop at nothing to get him back. As our hero warned the Darksaber-wielding villain in the penultimate episode, “You have something I want. You may think you have some idea what you are in possession of—but you do not. Soon, he will be back with me. He means more to me than you will ever know.” 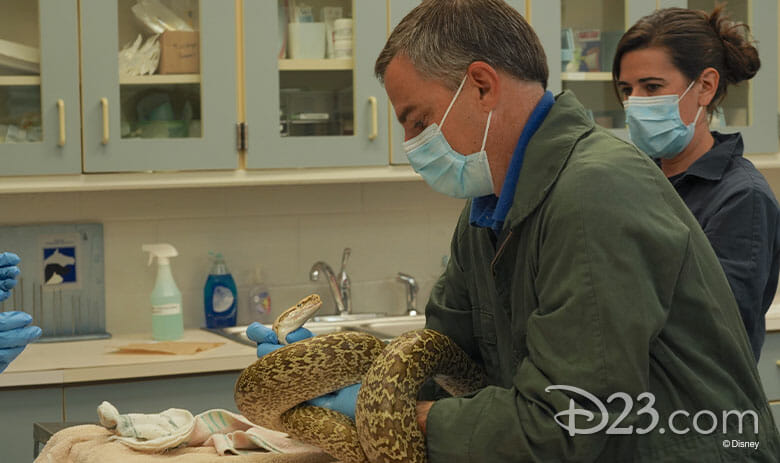 Secrets of the Zoo: North Carolina—Saturday, December 19, at 10 p.m. ET on Nat Geo WILD
In the season finale, “Running Otter Time,” North Carolina Zoo’s Wildlife Rehabilitation Center is busier than ever! Four orphaned otter pups are nearly ready to be released into the wild, but first they need to pass fish school. Meanwhile, the veterinary team is called to rescue seven huge, confiscated pythons that are in need of urgent medical treatment. Then, the zookeepers rush to assist a pair of arctic foxes that have sustained mysterious injuries. 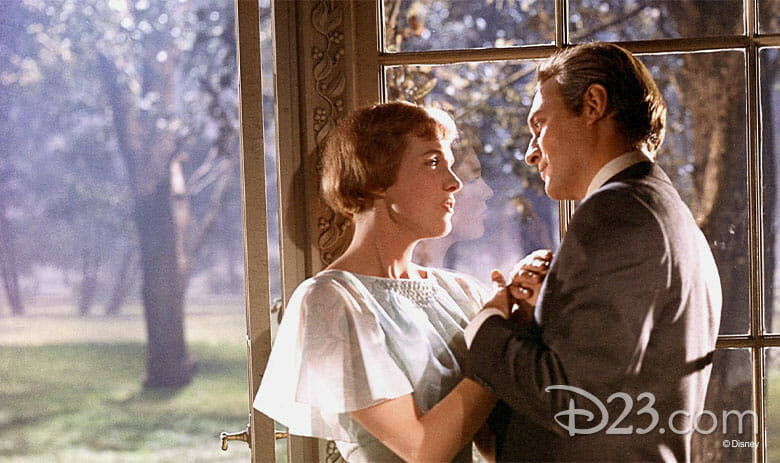 The Sound of Music—Sunday, December 20, at 7 p.m. ET on ABC
Based on the real-life von Trapp family, who fled their home to escape the Nazis in 1938, Rodgers & Hammerstein’s cinematic classic is coming to network television! Disney Legend Julie Andrews stars as Maria von Trapp, a tomboyish postulant at an Austrian abbey. She becomes a governess in the home of a widowed Captain George von Trapp (Christopher Plummer) with seven unruly children, bringing a new love of life and music into the home. Gather the family to celebrate the Academy Award®-winning film featuring the songs “Climb Every Mountain,” “Do-Re-Mi,” “Edelweiss,” “The Lonely Goatherd,”  “My Favorite Things,” and “Sixteen Going on Seventeen,” as well as the title song, “The Sound of Music.”

What will you be Watching?