Skip to content
Home » Blog » 9 ‘Star Wars: The Clone Wars’ Episodes to Watch Before ‘The Bad Batch’ Debuts on Disney+ 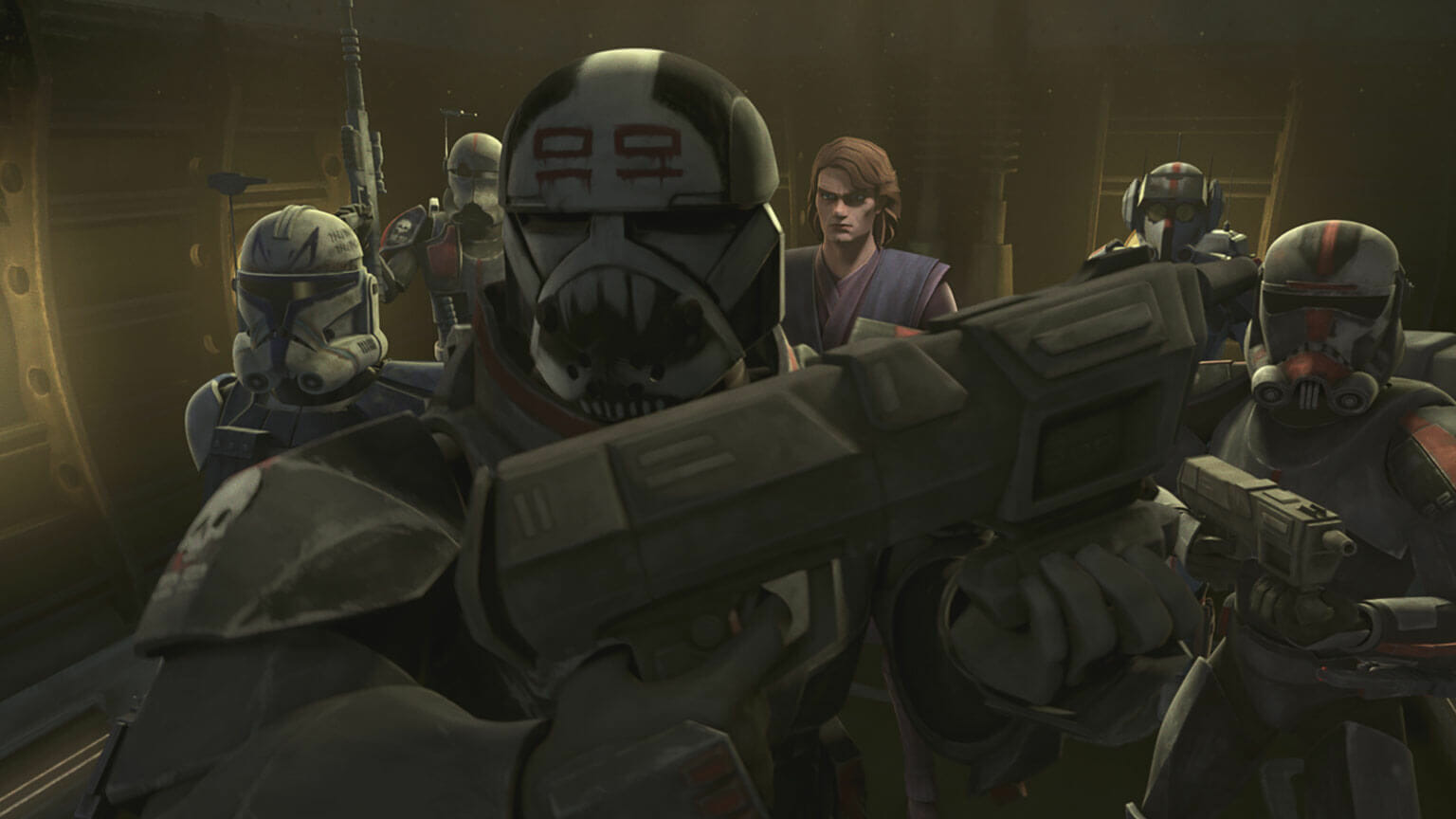 “Star Wars: The Bad Batch” will stream exclusively on Disney+ beginning on Tuesday, May 4th (Star Wars Day).  The new season will consist of at least 14 episodes, with a new episode dropping each Friday.

The series follows the elite and experimental clones of the Bad Batch (first introduced in “The Clone Wars”) as they find their way in a rapidly changing galaxy in the immediate aftermath of the Clone War. Members of Bad Batch—a unique squad of clones who vary genetically from their brothers in the Clone Army—each possess a singular exceptional skill that makes them extraordinarily effective soldiers and a formidable crew.

If you need a refresher or a crash course to introduce you to Clone Force 99, then you’ll want to watch the nine catch-up episodes suggested by StarWars.com below.

Season 1: Episode 5 “Rookies” – This Season 1 episode follows Echo, Hevy, Droidbait, Cutup, and Fives as they stave off a droid invasion on a remote Rishi moon.

Season 3: Episode 1 “Clone Cadets: – The episode introduces a young Echo, along with four other troublesome cadets and Clone 99.

Season 3: Episode 2 “ARC Troopers” – In this episode, we find out what it takes to become an ARC Trooper and watch Fives and Echo come full circle as leaders.

Season 3: Episode 18 “The Citadel” – In this episode, we get more insight into the early days of Tarkin and Anakin Skywalker’s relationship and gain a better understanding of Imperial ideology.

Season 3: Episode 19 “Counterattack” – In a daring mission to escape the Citadel, a prison built to hold the Jedi, one clone becomes a casualty of the conflict.

Season 7: Episode 1 “Clone Cadets” – Captain Rex and the Bad Batch must infiltrate an enemy base on Anaxes.

Season 7: Episode 2 “A Distant Echo” – A mysterious live signal leads Jedi General Anakin Skywalker, Captain Rex, and the Bad Batch to a Techno Union facility where they make a shocking discovery! They get more than they bargained for when they find themselves trapped by Separatist forces.

Season 7: Episode 3 “On the Wings of Keeradaks” – Jedi Anakin Skywalker and the clones escape Wat Tambor’s trap and help defend a local village against an attack ordered by Separatist Admiral Trench.

Season 7: Episode 4 “Unfinished Business” – While Jedi Mace Windu and Obi-Wan Kenobi lead an attack against the Separatist forces on Anaxes, the Bad Batch and Anakin Skywalker infiltrate an enemy starship to ensure a Republic victory.

All of the above episodes are available to stream now on Disney+.