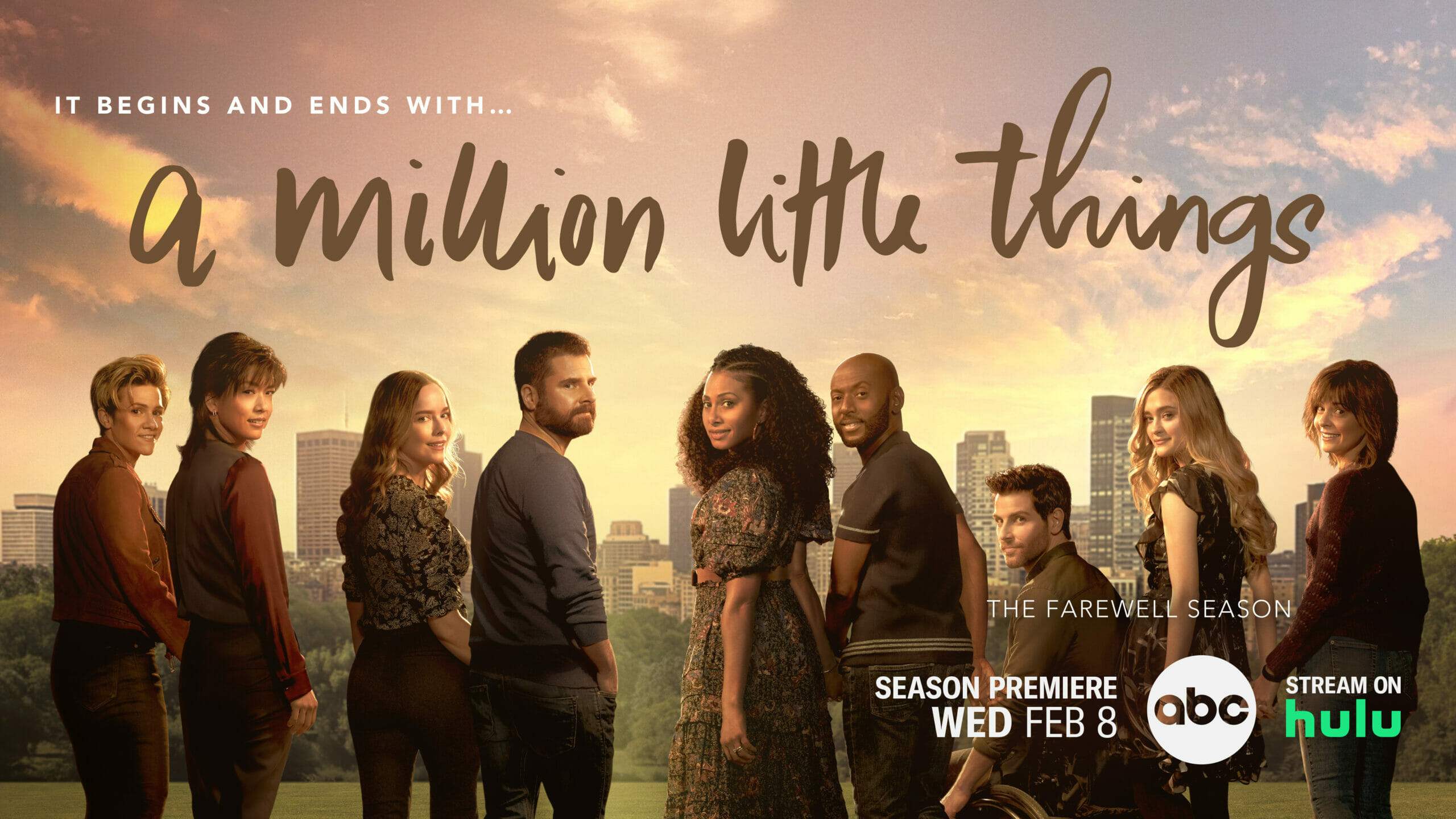 Disney has released a new trailer for the farewell season of “A Million Little Things” which returns to ABC on Wednesday, February 8, 2023 at 10/9c, with new episodes and streams the following day on Hulu.

As Rome Howard says, “Life isn’t just about the moments, it’s about who you share them with.” And as the fifth and final season of the beloved ABC drama series “A Million Little Things” unfolds, we’ll watch through laughter and tears as we bring this incredible journey to its conclusion. Along the way, we’ll explore the depths of friendship, love and sorrow as we bid this special family of friends goodbye, once again proving that friendship really is a million little things.