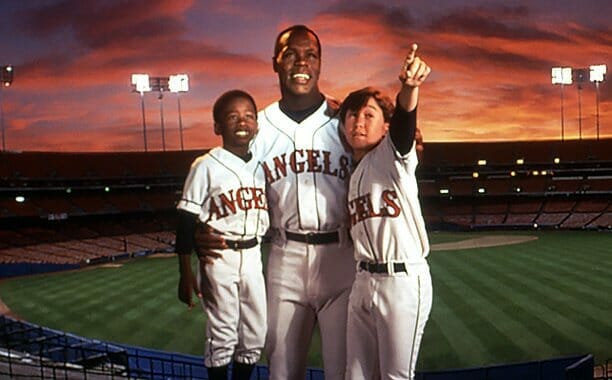 Did you know Escape from Witch Mountain stars Elizabeth Moss, the same actress from The Handmaid’s Tale fame?

I’m not talking about the original 1975 Escape to Witch Mountain, which will be available upon launch. What I’m referring to is the 1995 television movie remake that used to air on the Disney Channel in the weeks leading up to Halloween, and became one of my favourite seasonal films next to Hocus Pocus (sorry, Halloweentown).

My initial intent was to wax poetic about this forgotten gem of the Disney library, but as it turns out I underestimated the sheer obscurity of this title. Not only is it not available on streaming, it can’t be found ANYWHERE, either in digital or physical form.

I thought that was the end of the article, but then I realized it was a perfect opportunity to talk about some of the other titles that have yet to be confirmed for Disney+.

(DISCLAIMER: While they may not be present at launch, that’s not to say they won’t inevitably be included in the library later on. I’d like to think if enough people lament their obscure dream additions, if they possess the stamp of the Mouse, Disney will find a way to include them).

These compilations of Disney’s most popular songs arranged with karaoke-style lyrics had their heyday as videos from the 1980s to the early 2000s. And while they are no longer being produced, it would be a fun throwback to see these greatest hits compilations have a new life on Disney’s streaming service.

(Of course, it would also mean Disney would have to acknowledge the existence of their excommunicated feature Song of the South.)

I was ELATED when Disney announced Recess would be included in the streaming service. But I was perplexed by some of the other nostalgic 90s cartoons that were snubbed.

Animated by the same person who created Codename: Kids Next Door, Pepper Ann is one of many series from Disney’s One Saturday Morning lineup that are noticeably absent at launch. Let’s hope this is swiftly rectified, as Pepper Ann is much too cool for obscurity, much less the seventh grade.

Angels in the Outfield

This one actually surprised me. Angels in the Outfield was essentially a movie-length promotional vehicle for the Los Angeles Angels, who would eventually be owned briefly by The Walt Disney Company.

Perhaps the film includes too many religious references for Disney to be comfortable with it on their streaming service, or perhaps they wish to distance themselves from their corporate past owning professional sports teams (Disney also briefly owned The Mighty Ducks).

Whatever the reason for this glaring omission, with an all-star cast of Joseph Gordon-Levitt, Danny Glover, and Christopher Lloyd, Angels in the Outfield is well-deserving of a spot in the Disney+ roster.

This next wish-list request is a time capsule of sorts to the peculiar era of late 80s children’s programming, where Disney tried to emulate Peewee’s Playhouse’s formula of equal parts nightmare fuel and nostalgia.

While there were some admirable attempts made (Dumbo’s Circus, Welcome to Pooh Corner), the most memorable of these types of shows was Adventures in Wonderland, an award-winning live-action/puppet reimagining of Alice in Wonderland.

The theme song illustrates how delightfully dated the show has become, which is perhaps why Disney initially passed on including it in the launch. But the show is still an interesting and colourful romp into Disney Channel’s past, and I hope in the following months Adventures in Wonderland finds its way into the Disney+ library.

Felix the Cat the Movie

What’s that, you say? You’ve never heard of that movie? Felix the Cat isn’t Disney?

Well, back in the early 90s, Disney would regularly air this odd duck of an animated film on their cable channel.

A weird melange 80s post-apocalyptic cyberpunk and old-school 50s charm, this movie has yet to see re-release in any capacity and is not available on streaming, DVD or for download.

So while Felix the Cat is not technically a Disney property, the movie owes its legacy to the young children of the time who were fortunate enough to catch it on Saturday mornings. I would personally love for Disney to include this title and expose a new generation to Felix’s magic bag of tricks.

Katie and Orbie is not a Disney series. Produced by Canadian company Nelvana, it was shown on the Disney Channel in the early morning hours when I used to get up for school in the 90s. With a wholesome, sweet theme song and narration by late actor Leslie Nielson, this is an unlikely addition, but still one I’d like to see make its way to Disney plus.

And it’s still unclear which titles Disney+ in Canada will receive. The licensing is different, so it’s very likely it will contain exclusive content that the U.S. market is not privy to, and vice versa. And since I now live in Canada, I’m crossing my fingers for the return of Katie and Orbie in the land above the 49th parallel.