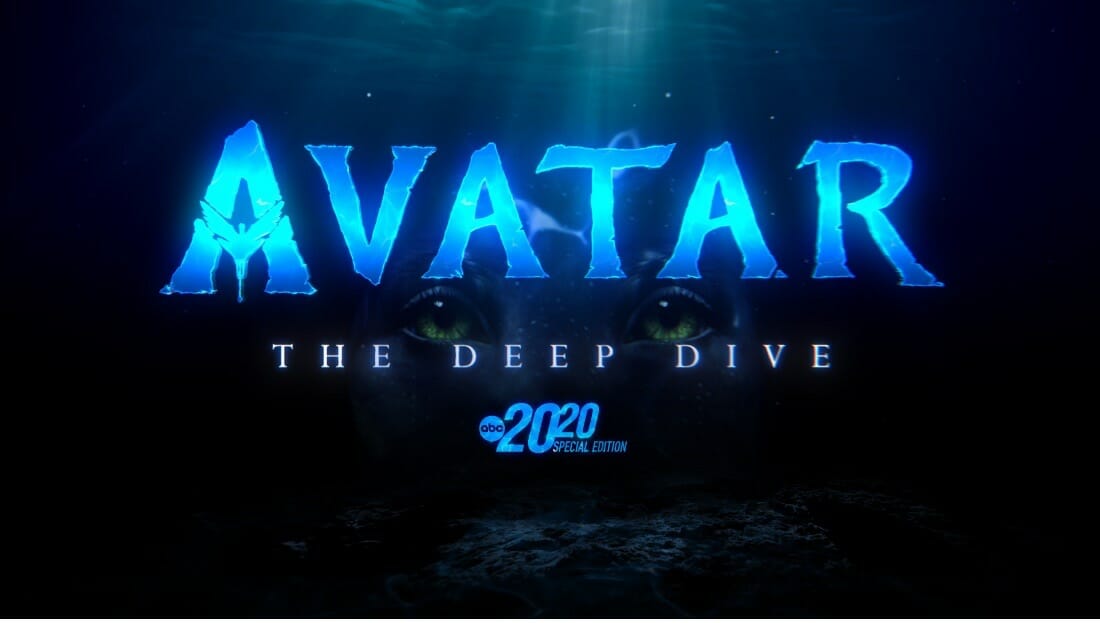 ABC News announced “Avatar: The Deep Dive, A Special Edition of 20/20,” a new primetime special edition of “20/20” that features exclusive behind-the-scenes access to the powerhouse film franchise through the eyes of legendary director James Cameron. In a revealing interview with ABC News contributor Chris Connelly, Cameron recounted the world’s reaction to the first-of-its-kind film “Avatar” more than a decade ago, his challenges making the highly anticipated sequel, “Avatar: Way of the Water,” and his plans for three additional installments.

In celebration of the release of “Avatar: The Way of Water” on Dec. 16, Disney and “Avatar” launched the global “Keep Our Oceans Amazing” campaign to raise awareness of the challenges facing our oceans and marine life. The campaign will support The Nature Conservancy and its work to protect 10 of the world’s oceans’ amazing animals and their habitats, connected to the beauty of Pandora — the imaginary setting of “Avatar.” “Avatar: The Deep Dive, A Special Edition of 20/20” airs Tuesday, Dec. 13 (10:00-11:00 p.m. EST), on ABC, next day on Hulu.