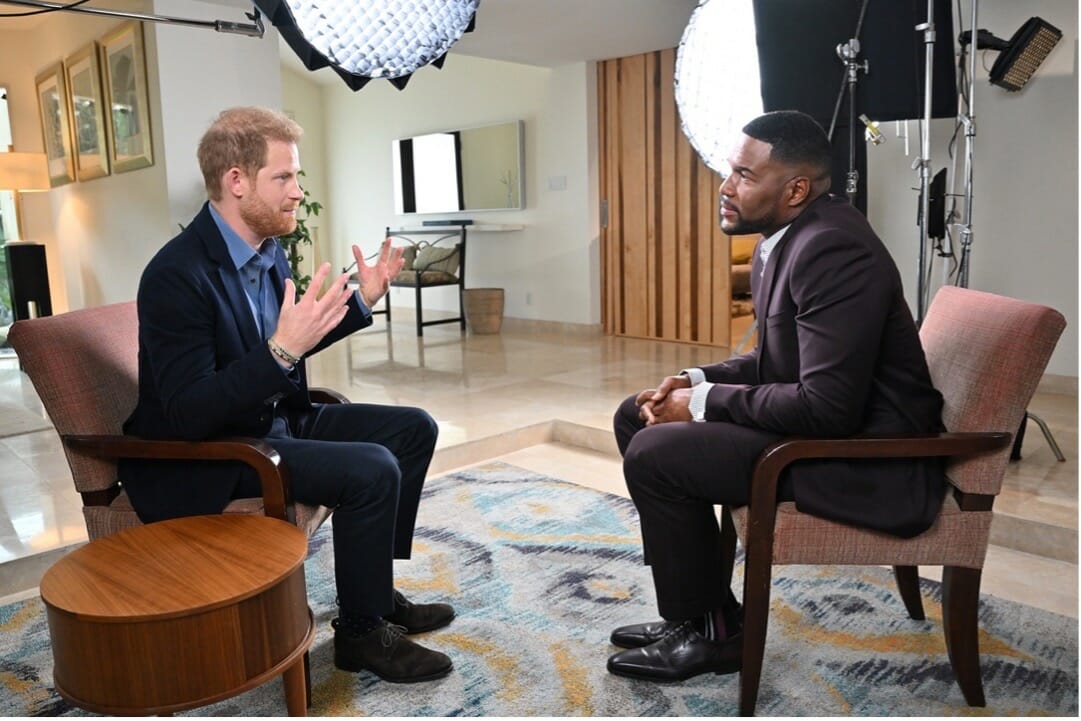 ABC News’ “Good Morning America” co-anchor Michael Strahan sits down with Prince Harry in a wide-ranging one-on-one interview, which will air across the network. On the eve of his memoir’s publication, Prince Harry discusses his relationship with Prince William and King Charles, how Princess Diana would feel about the rift between her sons, whether he wants to reconcile with the family, the pressure of the U.K. tabloids, finding his purpose in the military, processing the grief over his mother’s death and more.