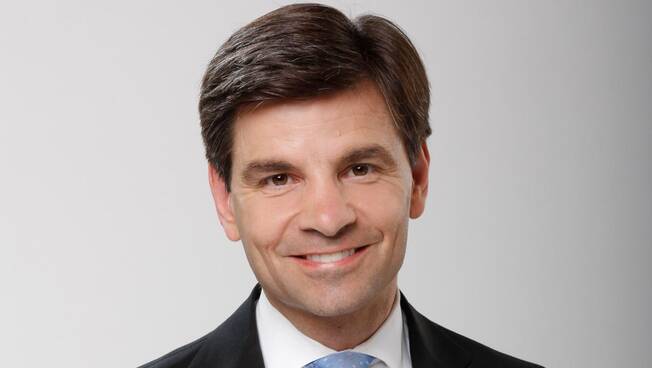 “George’s straight-forward reporting and tough-but-fair interviews have been a staple of ABC News over the past two decades. I can’t wait to watch as he brings those talents to this new space, sharing this informative and riveting content with our viewers,” said ABC News President Kim Godwin.

“There are so many important stories out there to be told … I’m excited about expanding into this arena with our stellar team at ABC News,” said Stephanopoulos.

“George is one of the sharpest minds and most trusted voices in news, and I am thrilled to work with him to explore today’s most urgent, crucial and impactful stories as he broadens into the long-form space,” said GSP executive producer Jennifer Joseph.

For the unit’s inaugural project, Stephanopoulos sits down with former MI6 spy Christopher Steele for a worldwide exclusive interview. This marks his first interview since the publication of the series of intelligence reports now known as the Steele dossier, which contained infamous allegations of collusion between Russia and Donald Trump’s campaign and, most notoriously, a claim that the Russians held a salacious tape of Trump as “kompromat.” In this no-holds-barred interview, Steele answers tough questions about his credibility and the accuracy of claims described in the dossier – including why the alleged tape has never appeared if it existed – and responds to the yearslong attacks from critics. “Out of the Shadows: The Man Behind The Steele Dossier” begins streaming Monday, Oct. 18, only on Hulu.

Then, as homegrown extremist groups remain one of the greatest threats to the United States, GSP gives a never-before-seen look at the takedown of a terrorist attack that could have rivaled the death and destruction of the Oklahoma City bombing. This documentary features first-person accounts from the key players who risked their lives to stop the plot, including one man-turned-hero informant and the two FBI agents at the center of the case, as well as exclusive undercover videos, audio recordings and surveillance images. “The Informant: Fear and Faith in the Heartland” begins streaming Monday, Nov. 1, only on Hulu.