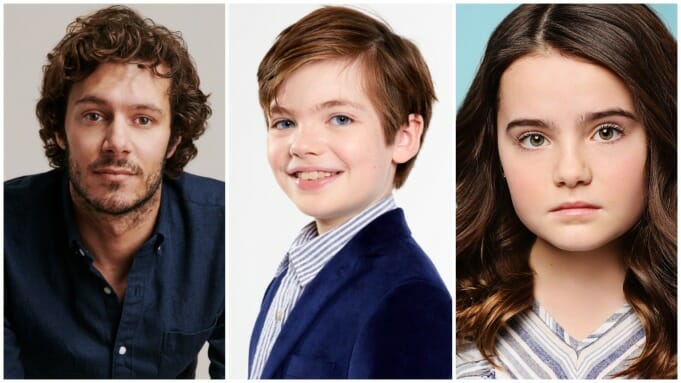 FX’s limited series “Fleishman Is In Trouble” has been busy rounding out its cast with the recent addition of Claire Danes (Homeland).  Today Deadline reports that the series has also cast Adam Brody (The O.C.), Maxim Jasper Swinton (Halston), and Meara Mahoney Gross (Don’t Look Up).  They will star alongside previously announced cast Jesse Eisenberg (The Social Network) and Lizzy Caplan (Masters of Sex). The nine-episode series is based on Taffy Brodesser-Akner’s New York Times bestselling debut novel.

“Fleishman Is In Trouble” centers on recently separated fortysomething Toby Fleishman, who dives into the brave new world of app-based dating with the kind of success he never had dating in his youth, before he got married at the tail end of medical school. But just at the start of his first summer of sexual freedom, his ex-wife disappears, leaving him with the kids and no hint of where she is or whether she plans to return.   As he balances parenting, the return of old friends, a promotion at the hospital that is a long time coming, and all the eligible women that Manhattan has to offer, he realizes that he’ll never be able to figure out what happened to Rachel (Danes) until he can take a more honest look at what happened to their marriage in the first place.

According to Deadline, Brody plays Seth, an old friend of Toby’s (Eisenberg). Swinton and Gross play the Fleishman’s children Solly and Hanna, respectively.

Caplan will play the female lead Libby, the show’s narrator and Toby’s friend.  Libby and Toby had lost touch for years, but following his divorce, they’ve recently reconnected and rekindled their friendship. She used to work for a men’s magazine, but has since stopped writing and is now a full-time stay-at-home mother.

Little Miss Sunshine directors Jonathan Dayton and Valerie Farishave have reportedly been tapped to direct multiple episodes.  Brodesser-Akner serves as the writer of the series and executive produces along with Sarah Timberman, Carl Beverly and Susannah Grant.