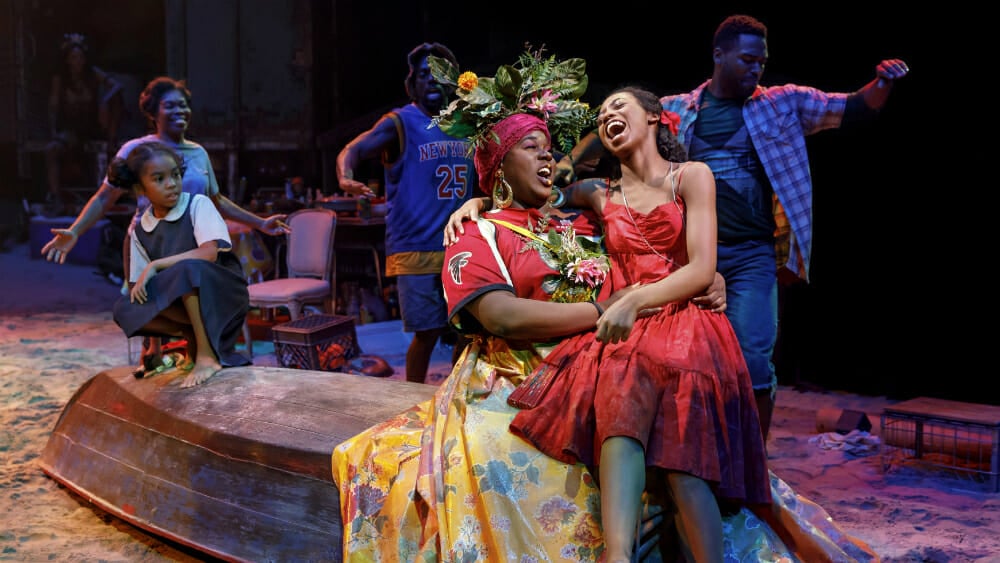 It’s no secret that Hamilton was a huge hit for Disney+, and now the streaming service has its eye on another Broadway musical.  The Hollywood Reporter is reporting that Disney+ is working on an adaptation of the award-winning musical Once On This Island.

Once on This Island is a 1990 Broadway musical that is based on the Rosa Guy novel, My Love, My Love; or, The Peasant Girl.  It tells the story about feature gods betting on love and death and an island girl trying to rise above her station.  Playwright Jocelyn Bioh is set to write and Wanuri Kahiu on board to direct the project.  Marc Platt (Wicked, Legally Blond, La La Land) is producing.

According to the Hollywood Reporter, this won’t be filmed on the stage as Hamilton was, but will be filmed like a traditional movie.

The story is set in the French Antilles in the Caribbean Sea and tells of a peasant girl named Ti Moune who falls in love with with a wealthy boy from the other side of the island. Against this backdrop, social class differences play out while the island gods wager a bet of what is stronger, love or death.