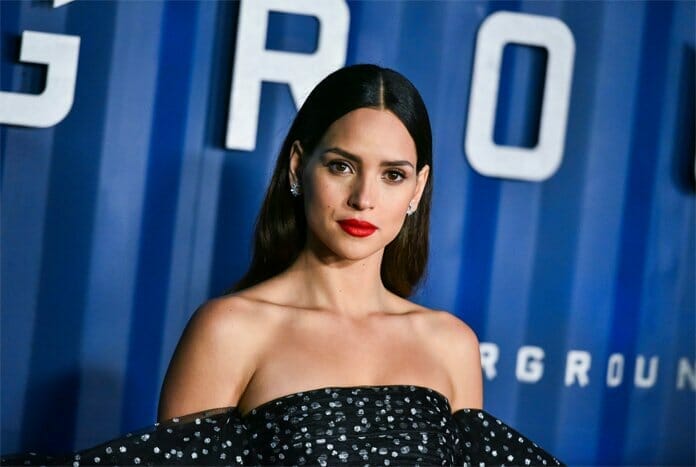 According to Deadline,  Adria Arjona will join the cast of the new Star Wars Cassian Andor Disney+ series.  The actress will star opposite Diego Luna in the Rogue One prequel.  Character details of who Arjona will be playing are unknown.

Arjona most recently starred in the Netflix action film 6 Underground and will also appear in the upcoming Morbius film opposite Jared Leto. She is also known from films such as Pacific Rim: Uprising and Triple Frontier. Her past TV roles include True Detective at HBO, Good Omens at Amazon, and Emerald City at NBC.

Newcomers to the series in currently unknown roles include Stellan Skarsgard (Pirates of the Caribbean: At World’s End, Good Will Hunting), Denise Gough (Collett, Angels in America), and Kyle Soller (Anna Karenina, The Titan).

Tony Gilroy, who co-wrote Rogue One, will serve as writer, director, and showrunner for the series.

The Cassian Andor series follows the adventures of Rebel spy Cassian Andor during the formative years of the Rebellion 5 years prior to the events of Rogue One: A Star Wars Story. The rousing spy thriller will explore tales filled with espionage and daring missions to restore hope to a galaxy in the grip of a ruthless Empire.

Disney had previously reported the show would debut in 2021, but it is unknown if the shutdowns from the COVID-19 pandemic will delay the premiere.