Season 2 of the new “Star Wars: Andor” Disney+ series is set to begin production next month and it seems a familiar face from Season 1 will be returning for the second season. 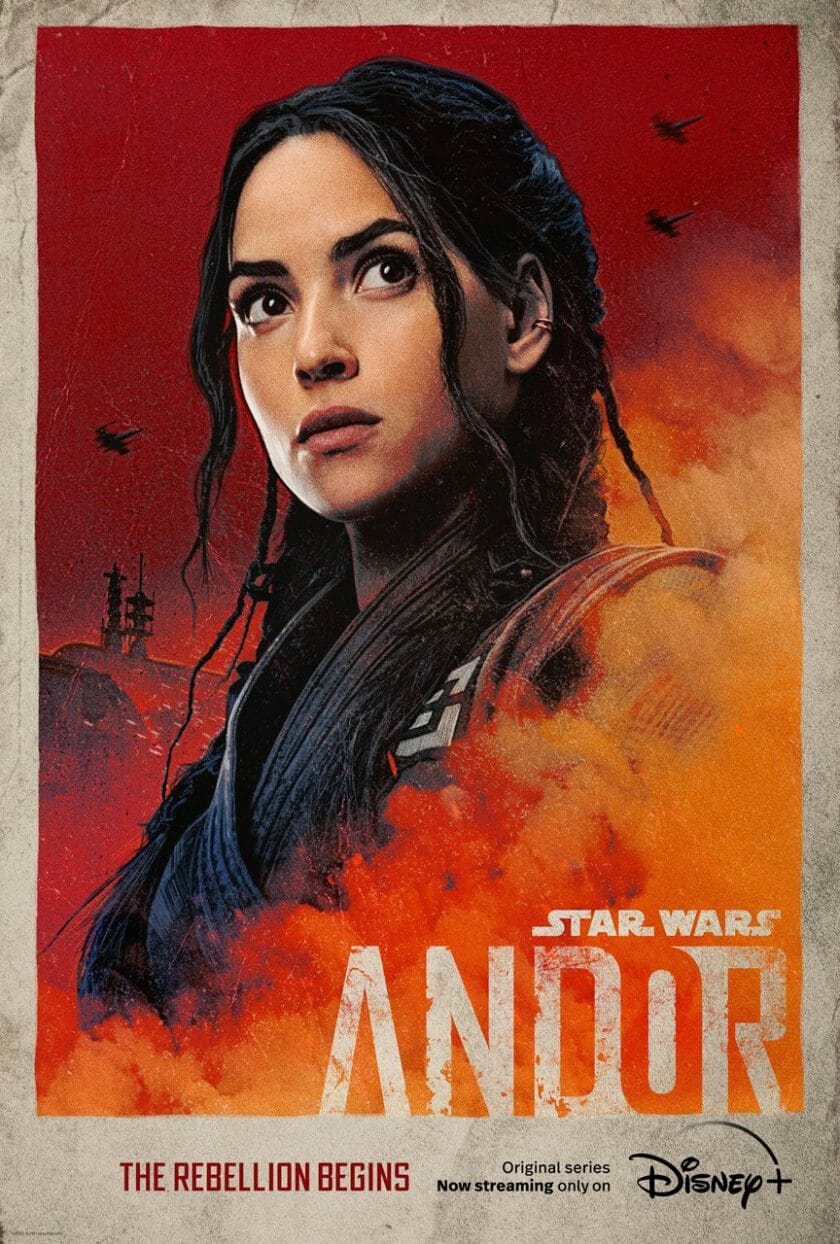 Adria Arjona, who plays Bix Caleen in the series, recently talked about the future of the series in an interview with Collider. During a segment of the interview, Arjona let slip that she’s been told details of what happens with her character, Bix, during the second season.  You can see what Arjona said below:

“He [Tony Gilroy] was very open to conversations and is constantly telling me what is, what her journey is going to be like and, ‘Oh, I changed this a little bit’. He really kept me in the loop even before the scripts were done and the second he had a script out, we’d [the cast] would all get it first. Even now with the second part [of the series] he’s already told me what’s going to happen and that’s not the usual. He just really wants you to get into that mindset and start preparing your gears to sort of embark on this new journey and he wants you to think on your own as Bix so I can so sort of have my own ideas and opinions.”

American composer Nicholas Britell composes the score for the series.

Season 1 will consist of 12 episodes. The series is also confirmed for a second season. Season 2 will consist of 12 episodes with the final episode leading into Rogue One.  Per Collider, the first season will cover a year, while the second season will cover the next four years in 3-episode blocks. Meaning episodes one through three will be year two, episodes four through six is year three, seven though nine is year four, and the final episodes will be year five and the plan is to end episode twelve right before Rogue One starts.

Episodes 1-5 of “Andor” are available to stream now on Disney+ with new episodes dropping every Wednesday through November 23, 2022.