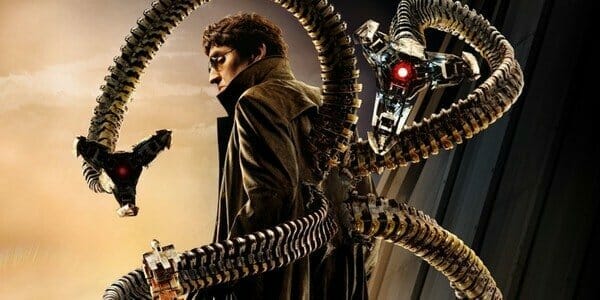 We’re loosing track here at Disney+ Informer HQ, of all the rumours, casting details and tid-bits about ‘Spider-Man: No Way Home’, it really does seem to be the worst kept secret. Various leaks have reported that many iconic characters from previous Spider-Man franchises will return in one way or another. The first rumour to break was the return of Alfred Molina as Doctor Octopus. Well, it seems that he didn’t get the memo about keeping his appearance a secret, as he spoke with Variety during press for his latest movie ‘Promising Young Woman’.

“when we were shooting it, we were all under orders not to talk about it, because it was supposed to be some great big secret. But, you know, it’s all over the internet. I actually described myself as the worst kept secret in Hollywood.”

So, there you have it, he just went out of his way to confirm his involvement. Luckily he also gave some insight into how the character could return, and what it was like revisiting a character he hasn’t played in almost 17 years.

“It was wonderful. It was very interesting going back after 17 years to play the same role, given that in the intervening years, I now have two chins, a wattle, crow’s feet, and a slightly dodgy lower back.”

Alfred also revealed that director Jon Watts confirmed that his character is picking up where he died in the original Spider-Man 2. He manages to sacrifice himself to save his former student and New York City, after tampering with a fusion reactor that was about to blow. What is also interesting is that he confirms that Doc Ock will be de-aged in the film, now that he is 67 and the his story picks top right where Spider-Man 2 left off.

So, with this confirmation from the actor himself, the question is just how this will tie into the Marvel Cinematic Universe and why Doc Ock is being brought back from the dead.