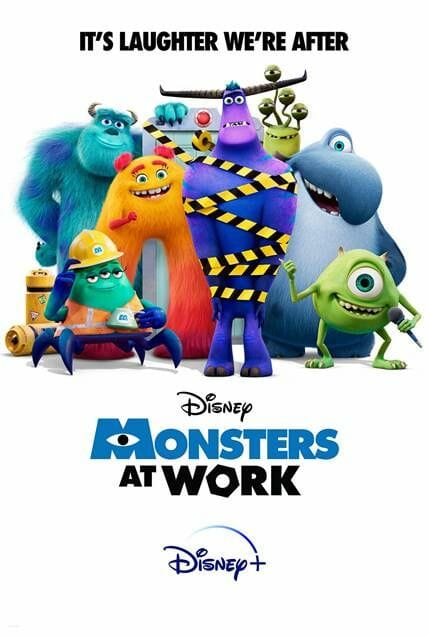 All episodes of the Disney+ Original Series “Monsters At Work” are now streaming.

Episode 10  just premiered today on Disney+.  Check out a clip from the season finale below:

Episode 110 “It’s Laughter They’re After” (Season Finale)
Tylor achieves his dream and is promoted to Jokester… but he feels torn on leaving MIFT. Meanwhile, Laugh Power is threatened when Mike and Sulley are given an ultimatum: generate more power or be shut down.