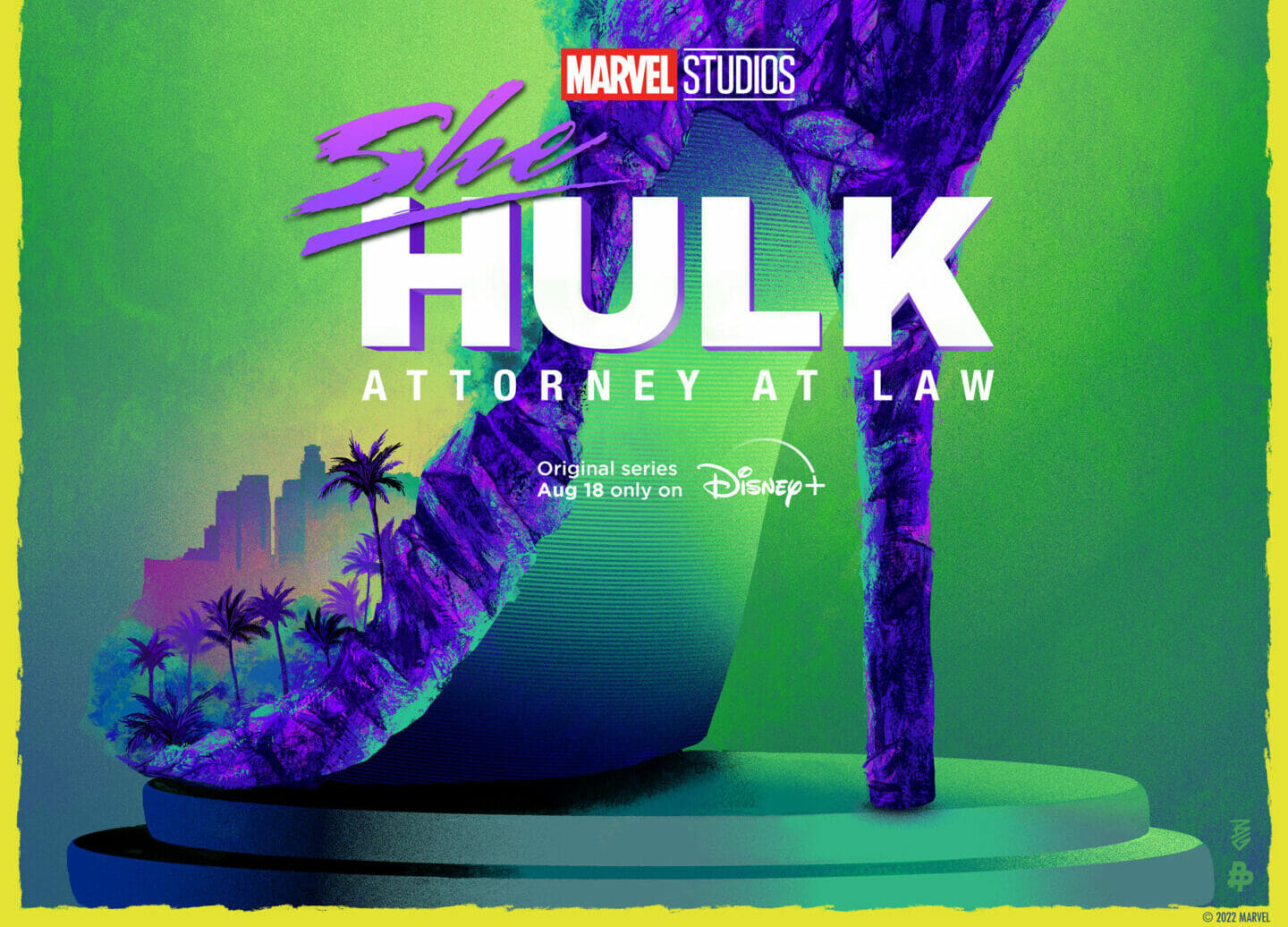 The events at the end of episode 1 saw Jen’s secret revealed to the world, which brings with it all kinds of complications that play out during episode two. There’s a hint at a well-known mutant existing in the MCU and another free comic code. Let’s get into it with all the details, Easter eggs and references we spotted in episode two of She-Hulk: Attorney at Law. If you’re returning to these posts, thank you for sticking with us; if you’re new, welcome; we do this weekly, cataloguing all of the details in the latest episode of the current MCU show, and have done so for; WandaVision, The Falcon and The Winter Soldier, Loki, What If…, Hawkeye, MoonKnight and Ms Marvel.

Before we continue, consider this your spoiler warning for Episode 2 of She-Hulk; if you haven’t seen the episode, bookmark this post and return to it once you have.

She-Hulk in the News

Jen is all over the news after taking down Titania, the super-powered influencer. A news reporter coins the name ‘She-Hulk’, the first time we’ve heard it in the MCU, just as Bruce told her, you don’t get to pick your name. Jen isn’t too keen on the name and hopes it won’t stick spoiler alert – it does. The news stations reporting on Jen are KPVO and KZYO. These stations were introduced in Ant-Man and the Wasp; this is excellent continuity as both Jen and Scott Lang live in California.

Nikki is more than pleased Jen’s secret is out and is keen for her to be a superhero. Still, Jen tells her that being a vigilante is for billionaires, narcissists and adult orphans – a possible reference to Tony Stark, who happened to be all three. Jen also questions whether or not the Avengers even get paid, have healthcare, get maternity leave or even have a pension. From what we saw with Sam Wilson in The Falcon and The Winter Soldier, I’d guess it’s a no to all employee benefits. 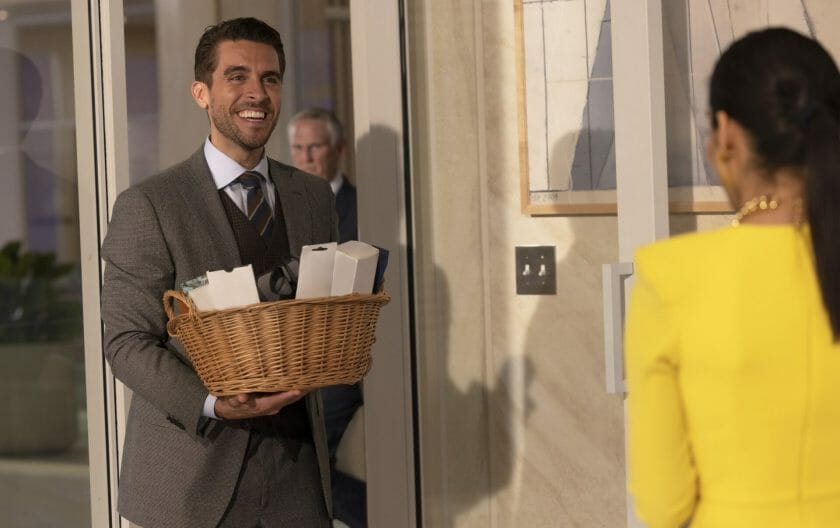 Although seemingly everyone except co-worker Dennis is celebrating Jen as She-Hulk, she gets fired, and no one will re-hire her because of her newfound superpowers. The logo at the show’s start has been changed to She-Hulk: Attorney For Hire.

Jen’s computer screen throws up some interesting details; firstly, there is another QR code for a FREE She-Hulk comic this week, it’s She-Hulk #1 from 2004, and you can read it HERE. Also on the screen are browser tabs for “Find Ant-Man, Norse Mythology and the Avengers, as well as an ad for some “Iron Man Three’s which appear to be a sneaker line. However, the most interesting is an article that reads, “Man fights with metal claws in bar brawl,” which I can only assume is a nod to Wolverine and the X-Man. The same shot of the computer also plays on a question that fans have been asking since the end of The Eternals. The headline in question reads – “Why there is a giant statue of a man sticking out of the ocean,” which is a nod to the giant Celestial who was frozen coming out of the water and hasn’t ever been addressed until now.

Jen gets a call from her mom, and you can see her phone background is a photo of Steve Roger’s ass.

During the family dinner, Elaine mentions that Bruce Banner was the one who snapped his fingers and allowed everyone to return after Thanos snapped them away. This is a nod to Avengers: Endgame, where even though Tony Stark’s sacrifice and snap are most talked about, Bruce is actually the one who brought everyone back.

While Jen is getting a drink in the bar, an episode of Ally McBeal is seen playing on the TV. She-Hulk has been described as a show like Ally McBeal a lot.

Jen is offered a job heading up the superhuman law decision at GLK&H after she is fired from the District Attorney’s office. In the She-Hulk comics, Jen also works for GLK&H – which stands for Goodman, Lieber, Kurtzberg and Holliway. The fictional law firm was introduced to the Marvel Comics universe in 2004 in She-Hulk #1 and is a nod to some of Marvel Comics creators; Martin Goodman was Marvel’s first publisher, Lieber was Stan Lee’s birth name, Kurtzberg was the birthname of Jack Kirby.

When Jen visits Emil Bronsky in prison, he is being held at a Department of Damage Control supermax prison. The DODC played a role in Spider-Man: No Way Home and Ms Marvel.

When Jen walks through the prison, she jokes about “fave beans and a nice chianti.” This is a nod to the iconic scene in The Silence of the Lambs when Clarice visits Hannibal Lecter.

Tim Roth returns as Emil Blonsky and mentions how he thought he was gonna be the next Captain America, which is a reminder of how he turned into Abomination, after being injected with a variant of the super soldier serum.

While on the phone with Jen, Bruce mentions how he’s an entirely different person since he last fought Blonsky. This is true not only that Bruce has the Hulk under control but is also a nice nod to the fact that in The Incredible Hulk, Bruce was played by Edward Norton and has since been played by Mark Ruffalo.

Finally, Jen finds out that Emile escaped prison, which is a nod to the scene in Shang-Chi where he is seen fighting as Abomination at the Golden Daggers Club.

What details did you notice in episode 2 of She-Hulk? Did we miss anything? She-Hulk is available to stream exclusively on Disney+, with new episodes releasing Thursdays.