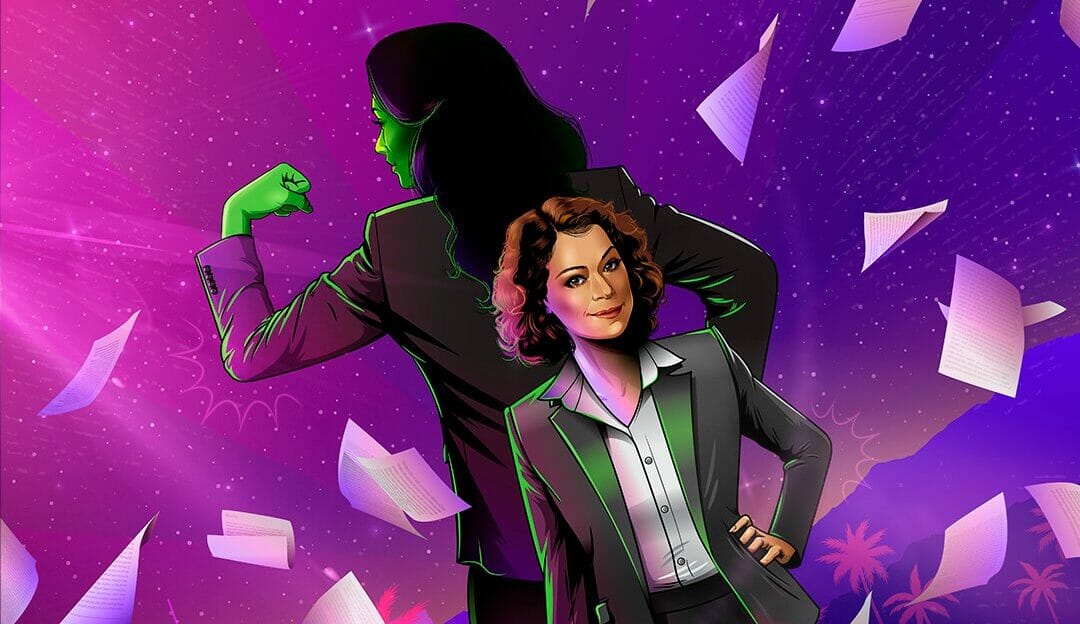 Before we get started, as always, this is your spoiler warning for Episode 4 of She-Hulk, and The Sopranos. If you haven’t seen either, bookmark this post and return to it once you have.

Welcome back to another post where we break down all of the interesting details we noticed in this week’s episode of She-Hulk: Attorney at Law. If you’re new here, welcome, and if you’re coming back to us after WandaVision, Falcon and The Winter Soldier, Loki, What If…?, Hawkeye, Moon Knight, and Ms Marvel – thanks for sticking around.

the “cut-rate” magician we meet in Episode 4 is named “Donny Blaze,” which sounds like it could be a nod to Johnny Blaze, aka Ghost Rider from the Marvel Comics.

Wong is trying to watch the iconic The Sopranos episode “Long Term Parking” (Season 5, Episode 12), which is considered one of the best episodes of the series. He’s seen dancing to the intro music before Madison arrives, and when she does, she spoils the episode by telling him about Adriana’s death. 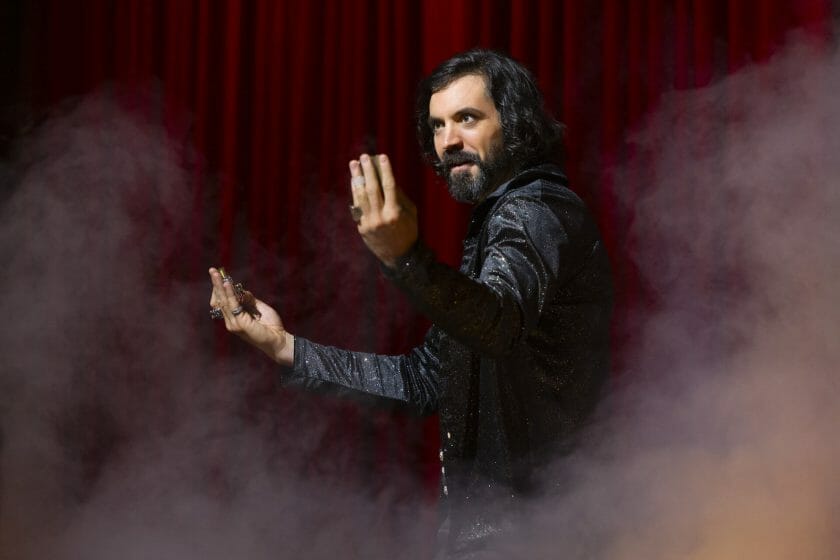 I know what you’re thinking, and after all of the WandaVision hype, I hear you, but I swear that this could be a genuine reference to Mephisto this time. When Madison mentions going to another dimension where a talking goat wanted her blood, I can’t help but think this could be a reference to Mephisto, whose true form is a goat-like demon. This could, of course, also be a throwback to WandaVision and all of the collective hype around the Marvel universe’s devil making an appearance.

A strange cameo comes from an appearance by Gideon Wilson, the attorney who prosecuted Abomination back in 2011. In the comics, he’s a former minister and the brother of Sam Wilson and goes on to be a superhuman in his own right when he joins the Gamma Corps; a group made up of people exposed to gamma radiation.

Episode 3 introduces Rune, a Light Elf whose shapeshifting abilities have caused some legal problems. She and her family are among the refugees who settled on New Asgard after Hela’s reign.

Jen’s first fourth wall break in this episode mentions how everyone loves Wong and how his appearance gives the show “Twitter armour for the week.” This is another callout to the real-life twitter bros who have consistently criticised She-Hulk since the show was announced. In episode 3, the series called out these negative comments as well.

After leaving the court, Jen is asked by a reporter if she gained her Hulk powers after a Mafia hit went wrong; this is a reference to her comics origin that saw her shot by the mob.

When Jen is scrolling her to-do list, if you pause at the right moment, you’ll be able to see some of the interesting things on her list. One of the items on the list reads, “compile depositions for Lee v Byrne,” which is a reference to Stan Lee and John Byrne, with John Byrne being the artist and writer behind The Sensational She-Hulk comic series from 1989 to 1994. Another to-do list item reads: “File discovery request for Kraft v Soule.” David Anthony Kraft and Charles Soule both also wrote She-Hulk comics from 1980-1982 and 2014-2015 respectively.

Wong mentions “The Book of Ashanti”, which is the book featured in Doctor Strange and the Multiverse of Madness, that Strange and Chavez are tracking, which Wanda eventually destroys.

The bar Jen goes to for her date is Finley’s, likely a nod to Christopher Finlay, who was the visual effects production manager on She-Hulk: Attorney at Law.

While Madison is testifying against Donny Blaze, she mentions making a pact with a demon named Jake. Again, Mephisto is basically Marvel’s version of the Devil.

When Jen is on another date, she mentions that people use the word ‘incredible’ around her a lot, likely a nod to The Incredible Hulk, the nickname of The Hulk.

Another comics cameo comes in the form of an appearance by The Wrecking Crew, who show up to attack Jen. In the comics, The Wrecking Crew is a group of enchanted construction workers who gained their powers from a freak lightning strike. They show up often throughout the comics as opponents to Thor. The MCU version of the Wrecking Crew apparently robbed an Asgardian builder of his mystical tools, meaning they lack any powers in their own right. It’s clear that The Wrecking Crew are working for someone else, and their boss knows more about She-Hulk than anyone else; clearly, they’re interested in the gamma mutation, which is why they’re trying to get a blood sample from Jen. They fail, but this will certainly set up the main villain arc in She-Hulk: Attorney at Law.

Episodes 1-4 of She-Hulk: Attorney at Law is available now to stream exclusively on Disney+, with new episodes added weekly on Thursdays.