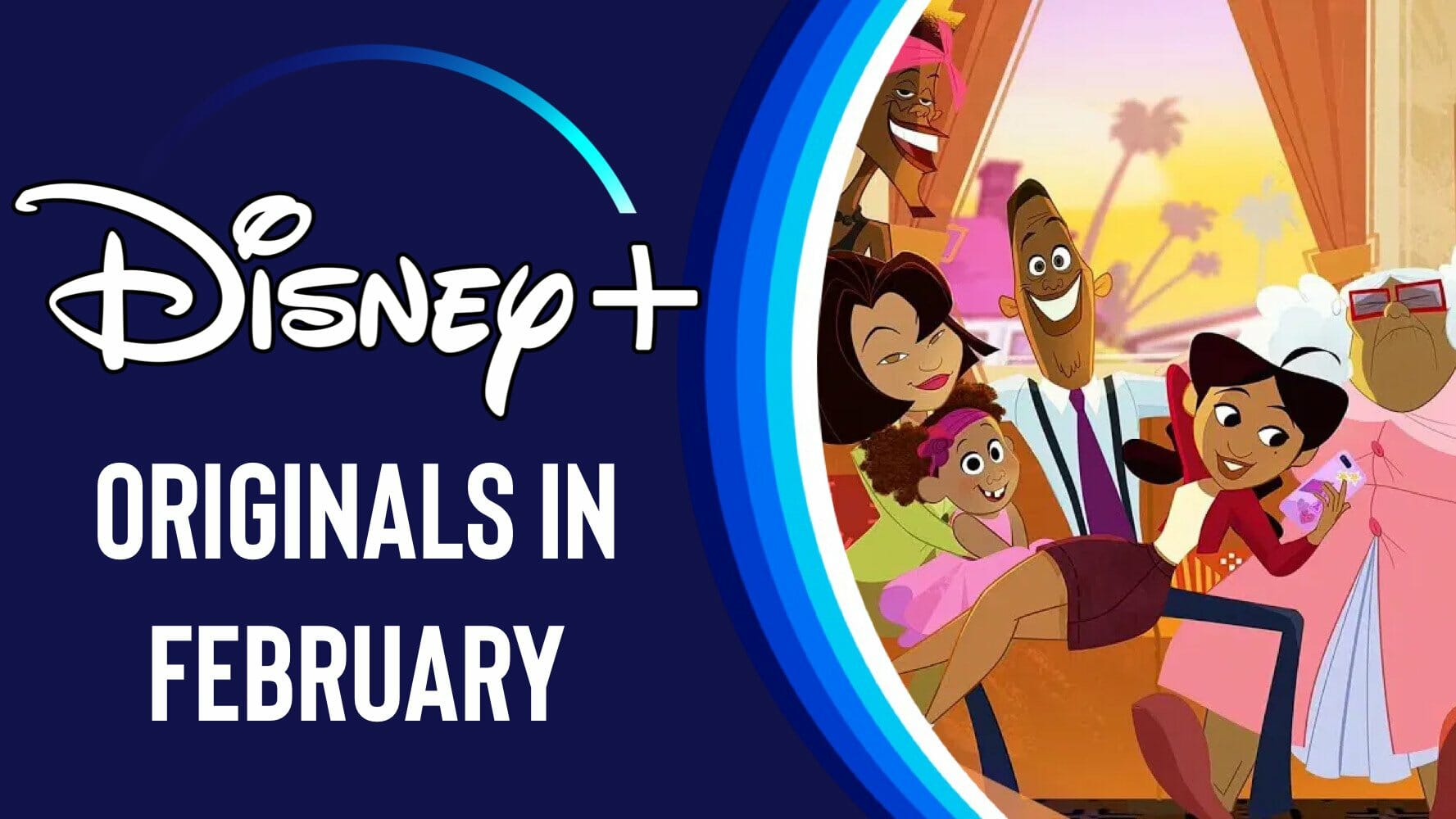 February 2023 is set to be another month jammed-packed with original content that will be coming to Disney+ globally.

Highlights include the premiere of all 10 episodes of “The Proud Family: Louder and Prouder” Season 2, Marvel Studios’ Assembled: The Making of Black Panther: Wakanda Forever, Marvel Studios Legends featuring “Ant-Man and The Wasp: Quantumania,” “Dug Days: Carl’s Date” and more.

Take a look at all of the Disney+ Originals coming to Disney+ in February below:

The Proud Family: Louder and Prouder – Season 2 – All 10 Episodes 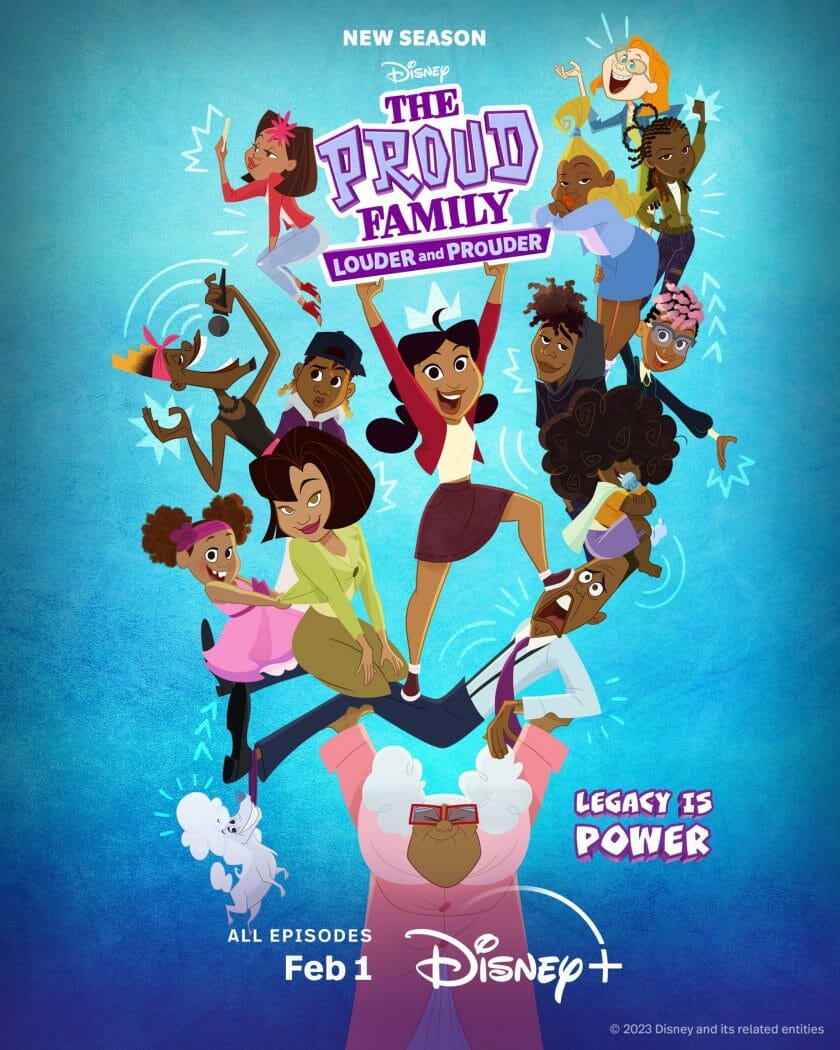 The Proud Family: Louder and Prouder” picks up the story of its central character, Penny Proud, and her iconic family: parents Oscar and Trudy, twin siblings BeBe and CeCe, and grandmother Suga Mama (and Puff!). By Penny’s side is her loyal crew: Dijonay Jones, LaCienega Boulevardez, Zoey Howzer, Maya Leibowitz-Jenkins and Michael Collins.

All episodes from Season 2 of “The Proud Family: Louder and Prouder” premieres on Wednesday, February 1st. 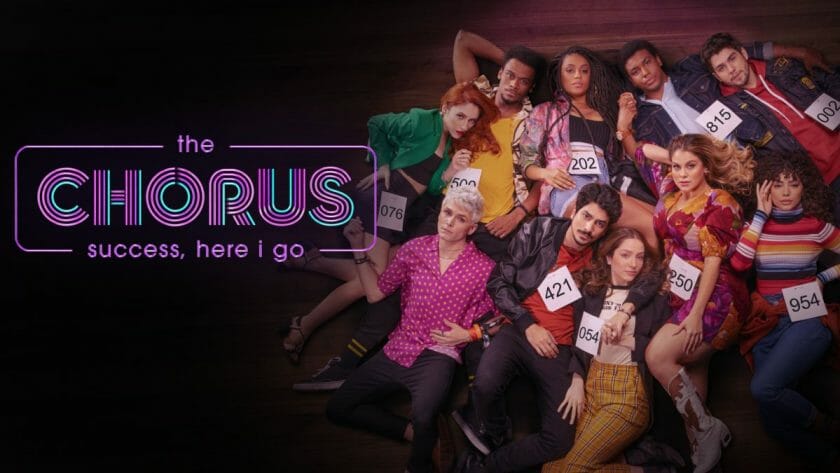 Ten young artists reach the final round of auditions to join the Theater Company. They will face their dreams, passions, fears, and uncertainties of the past, which may define their future. 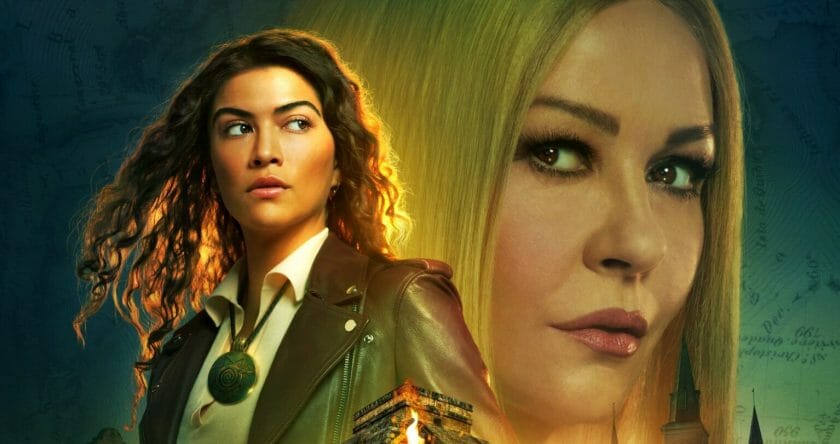 A new episode of “National Treasure: Edge of History” will release on February 1st, with the finale episode dropping on February 8th. 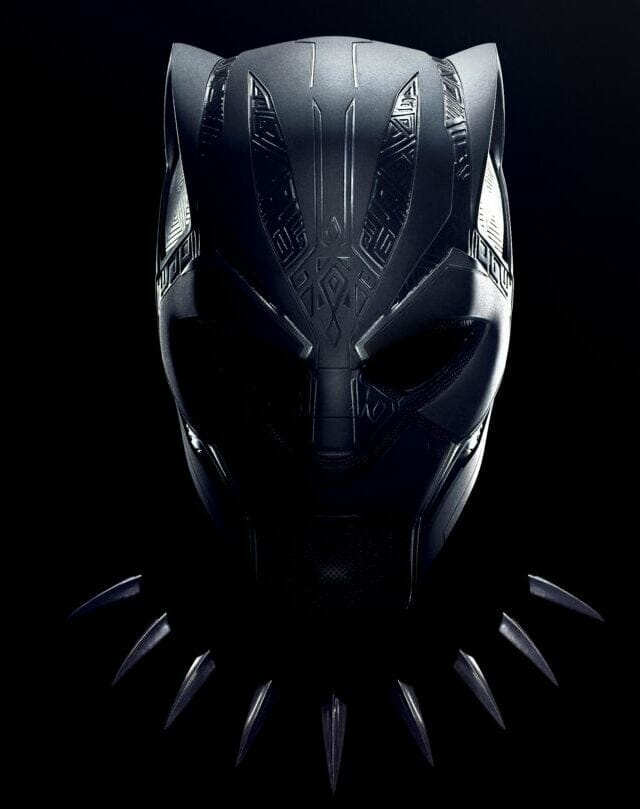 Follow the production of “Black Panther: Wakanda Forever” in this episode of Assembled, as the cast and crew take on the incredible challenge of and remembering T’Challa, with a chapter befitting the late king. Through intimate behind-the-scenes footage and interviews, watch Shuri take on the mantel of Wakanda’s hero and face a new foe from the ocean’s depths in Namor. 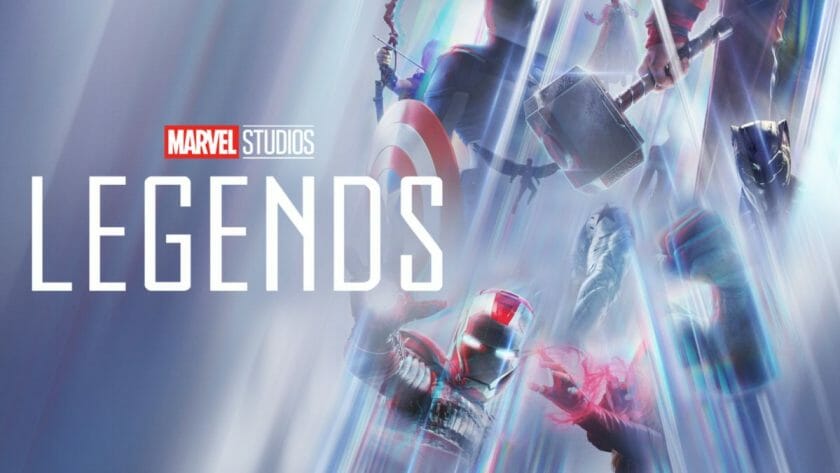 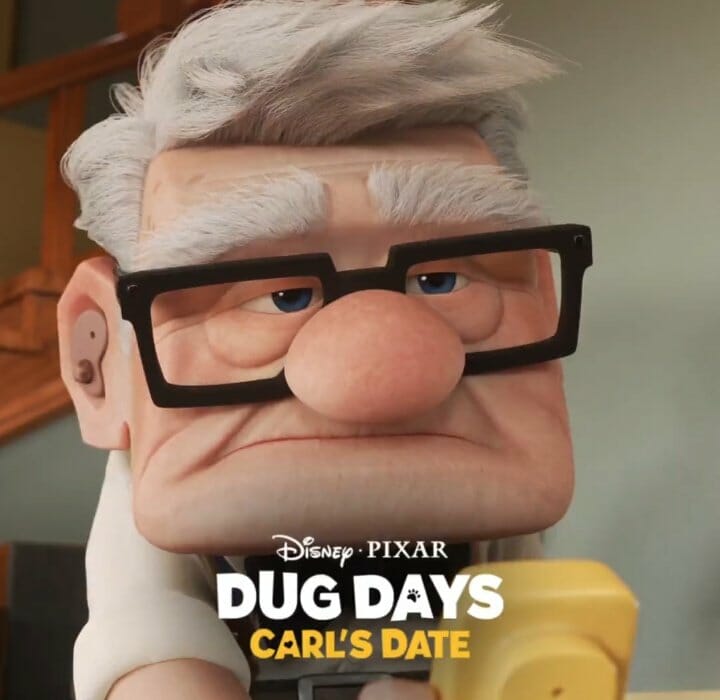 In Pixar Animation Studios’ special short, “Carl’s Date,” Carl Fredricksen reluctantly agrees to go on a date with a lady friend—but admittedly has no idea how dating works these days. Ever the helpful friend, Dug steps in to calm Carl’s pre-date jitters and offer some tried-and-true tips for making friends—if you’re a dog.

Mila in the Multiverse – Season 1 – All Episodes Streaming 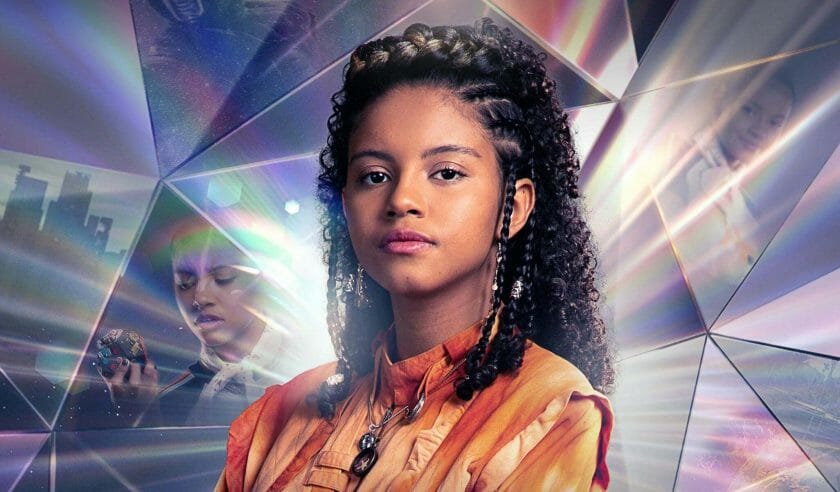 Mila is 16 years old and living the adventure of her life traveling through the multiverse in search of her mother, Elis. As she travels, she will come face to face with The Operators, a mysterious and dangerous group that wants to exterminate all universes. She will have to face them in order to save the vast multiverse.

Season 1 of “Mila in the Multiverse” premieres February 15th.

j-hope IN THE BOX 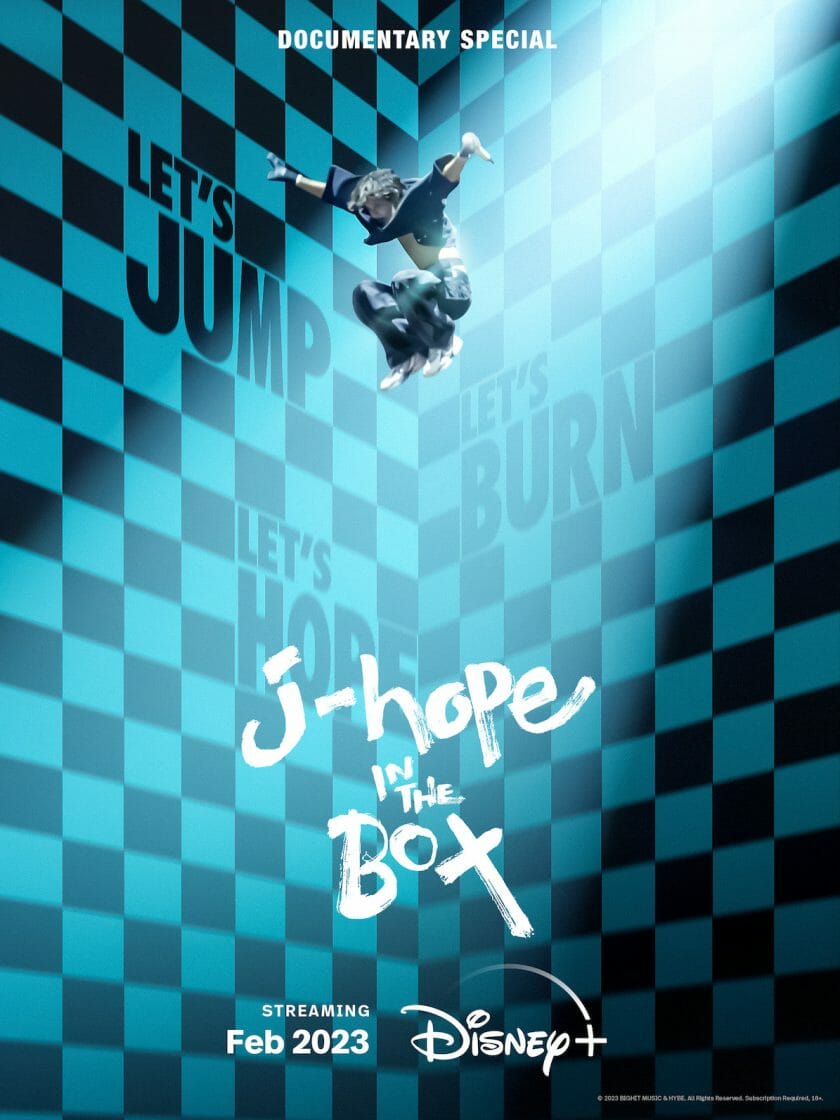 Starring j-hope of the 21st century pop icons BTS and produced by HYBE, “j-hope IN THE BOX,” follows the international music sensation every step of the way as he works to release his first-ever solo album – Jack In The Box. Over the course of the documentary, viewers will be given a never-before-seen look at the creative challenges faced during the album’s preparation process, as well as front row seats to j-hope’s 2022 Lollapalooza performance and the album’s listening party. 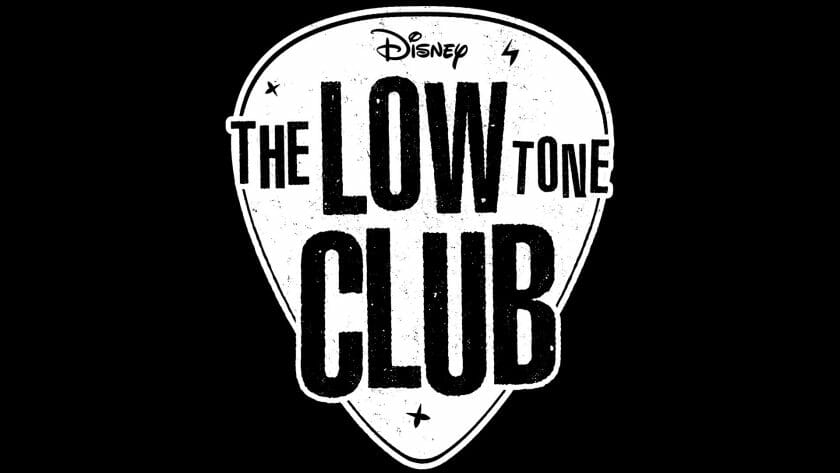 “The Low Tone Club” follows the story of Amaranto Molina, an unconventional music teacher who starts teaching at a music school that only encourages students who do well by commercial success standards. Every year Principal Eduardo Kramer, chooses five students, nicknamed The High Tones, to be part of the school’s prestigious Teen Band. Molina, on the other hand, is put in charge of The Low Tones, a group of students whose talents do not meet the school’s standards. With his disruptive methods, this eccentric teacher and The Low Tones will embark on a music journey that will help heal wounds and inspire each one of them to express their unique talents. Along the way, the students will learn more about Mr. Molina and discover their teacher’s mysterious hidden past.

All episodes of “The Low Tone Club” premiere on February 22nd.

Voices Rising: The Music Of Wakanda Forever – All Episodes Streaming 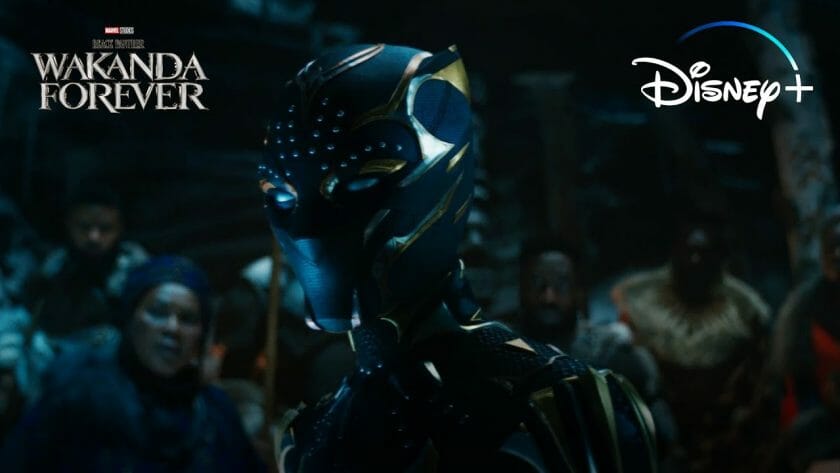 Oscar®-winning composer Ludwig Göransson and director Ryan Coogler collaborate with musicians and artists from across the globe, creating the music for one of the most anticipated sequels in modern movie history. In “Voices Rising: The Music of Wakanda Forever”, they push the boundaries of what a Hollywood score and soundtrack can be, creating an immersive, moving experience in the process.