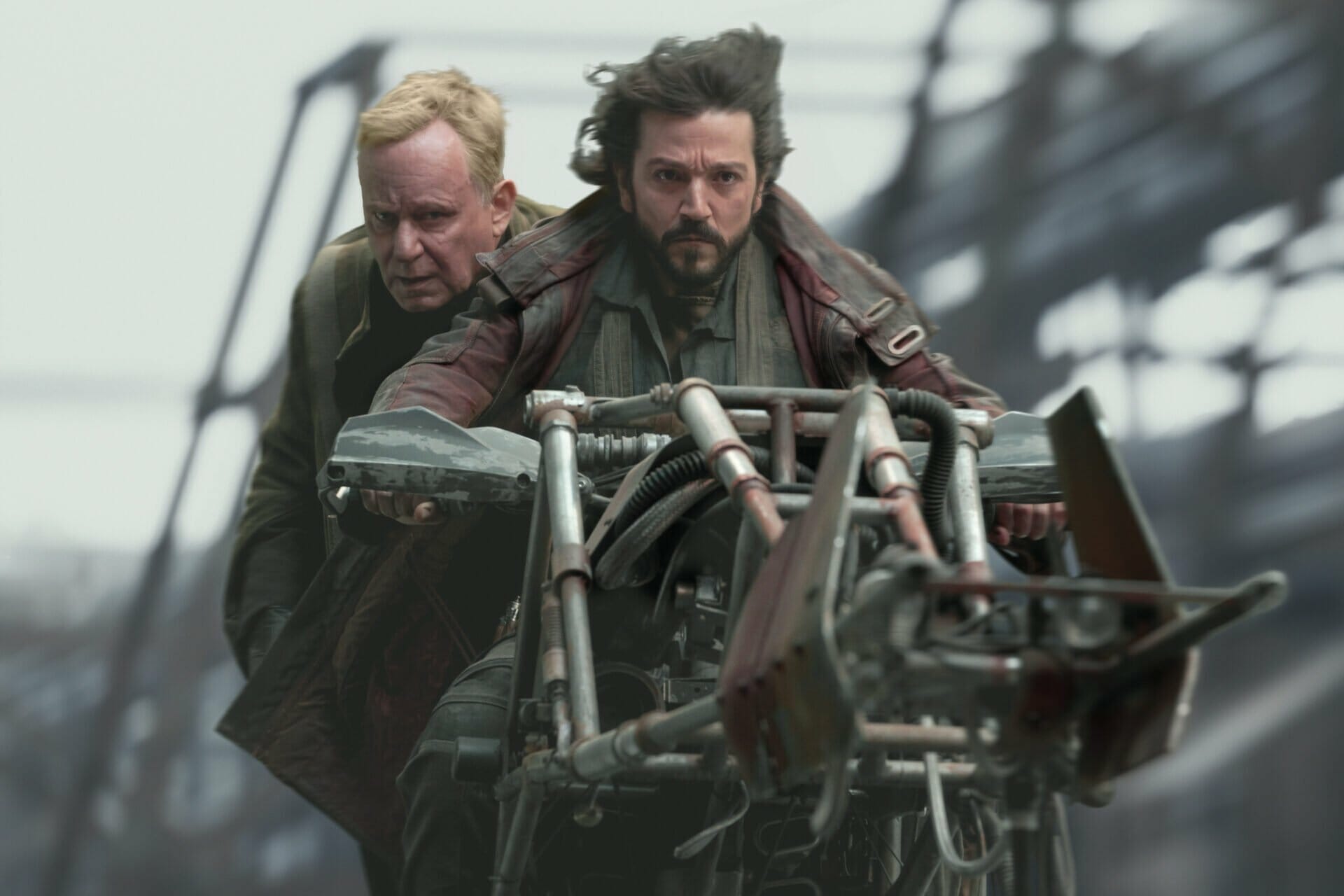 Mild spoilers ahead for Andor; if you haven’t seen any of the marketing and don’t wish to know anything about the series, bookmark this post and return to it once you’ve seen it.

As an easily-pleased Star Wars fan who can always see the good in anything, I might even be starting to feel a little fatigued by the sheer volume of content Disney has produced in recent years. From The Last Jedi, to Obi-Wan-Kenobi, there indeed is only so far nostalgia can carry a franchise.

But Andor feels different – the show, like the film Rogue One that came before it, is far removed from Disney’s usual tactic of cramming easter eggs into the questionably written and using references to distract from a lack of substance.

Andor could have taken place in another world, a more exciting place filled with janky retro-futuristic tech and disappointed rebels: throughout the first three episodes, it feels like Blade Runner, a gritty, noir, grounded insight into regular people living under the boot of the Empire.

Disney has a habit of hiding prequels inside of prequels and wrapping them in origin stories, like never-ending Russian dolls packed with a back story no one asked for. But, by working backwards with Rogue One, telling the story of how the rebels secured the blueprints to the Death Star, and now telling the origin of Cassian Andor, Disney has, somehow, created something that feels fresh and new.

Andor begins with Cassian Andor (Diego Luna) coldly murdering two of the Empire’s thuggish enforcers; the murder is from a place of desperation and feels far removed from the slaughter we’ve seen so far in the franchise, with armies of Stormtroopers being swatted away like flies.

Cassian’s actions are framed as morally grey. They have consequences, sparking a crackdown led by a young Imperial Officer, Syril (Kyle Soller), who disobeys an order from his superior to sweep the murder under the rug. Syril is genuinely bothered by the two murders, motivated by principle rather than logic, and soon finds a like-minded ally in Sgt. Kostek (Alex Ferns) to lead the charge.

The relationship between the two is superbly written and played out; Syril is highly determined but inexperienced, while Kostek is a battle-hardened meathead who despises those he sees as beneath him. The two are like a couple of security guards on a power trip, wielding a terrifying amount of authority.

Cassian on the other hand is a likeable mess, existing on the outskirts of what is lawful, a far cry from a pure-hearted Jedi; he’s a survivalist, doing all he can to try and dig himslef out of the problems he keeps creating.

The planet Ferrix is grimy and industrial, the fumes of desperation hang heavy in the air, a working class planet filled with laborers who have no reason to love the Empire. It’s a beatifully realised world that, although extreme parallels our own, its a textured place that feels like its alive. To be perfectly honest its as far away from the sands of Tattoine as you could get, which feels like a relief.

Andor stands in stark contrast to the other Star Wars Disney+ shows that have come before it, its writing feels natural, not forced or predictable like that of Boba Fett or Kenobi, and the scenery seems alive, not the perfectly polished CGI landscapes we’ve gotten used to.

All of the machines, droids and ships in Andor look weighty and practical, with the forboding scale of Rogue One still intact; you can see the rusted rivets that hold these giant machines togther, and get a sense of the emense effort behind their construction.

It feels like an extension of the cruel, dangerous universe we first glimpsed in A New Hope, far removed from the silly side of Star Wars. Without losing sight of the starry-eyed hope, there is no jedi magic in Andor, but there is rebellion.

Like the animated Star Wars shorts, Visions, and in some aspects, The MAndalorian, Andor usues Star Wars as a sandbox, rather than a nostalgia-filled marketing machine, its brave and it is all the more memorable for it.

Epsides 1-3 of Andor are available to stream exclusively on Disney+ now.