Before I begin, this is your spoiler warning. If you’ve not yet seen Black Panther: Wakanda Forever, bookmark this post and return to it, as there are major spoilers ahead.

Angela Bassett won the Golden Globe award this week for her performance as Queen Ramonda in Black Panther: Wakanda Forever,” making her the first actor to win a significant individual acting award for a movie based on Marvel Comics.

The award is no surprise, as Bassett’s performance in Wakanda Forever was exceptional and proved that a big-budget genre movie could also be grounded with brilliant character performances.

Black Panther: Wakanda Forever is a film forged under immense pressure. Not only does it carry the legacy of the first film and its cultural impact, but it also has to serve as a memorial to the late Black Panther star Chadwick Boseman and his character T’Challa. All, of course, whilst leaving room for the movie to set up the MCU’s future storylines.

Throughout the movie, these elements are juggled perfectly. It establishes Shuri (Letitia Wright) as the new Black Panther, tracing her maturation from a goofy and gifted little sister to a leader and hero in her own right. It introduces a complex new villain, Namor (Tenoch Huerta), the ancient ruler of a secret underwater civilisation called Talokan.

But what stands out most throughout the movie is that it never loses sight of how grief operates – as an ever-present, invisible pain that manifests in unexpected ways.

Along with its ongoing theme of grief, what keeps this sprawling film grounded is a character who dies halfway through: Angela Bassett’s Queen Ramonda. As a mother to T’Challa and Shuri, she never expected to become a ruler herself, but she exemplifies Wakanda’s vibranium-tough resilience right from the very first scene.

She is both a leader and a mother: at T’Challa’s funeral, Ramonda is resolute, putting on a brave face for her people; whilst alone with Shuri, she shows vulnerability, demonstrating how she processes her emotions and encourages her daughter to do the same. She establishes trust when indulging Okoye’s (Danai Gurira) request to take Shuri on a mission but is steely enough to strip the general of her rank and title when she loses the princess to Namor’s troops. And, as Namor himself arrives on Wakanda’s shore, Ramonda is the first to pick up a spear, shielding Shuri and warning the trespasser, “I am not a woman who enjoys repeating herself. WHO ARE YOU?” 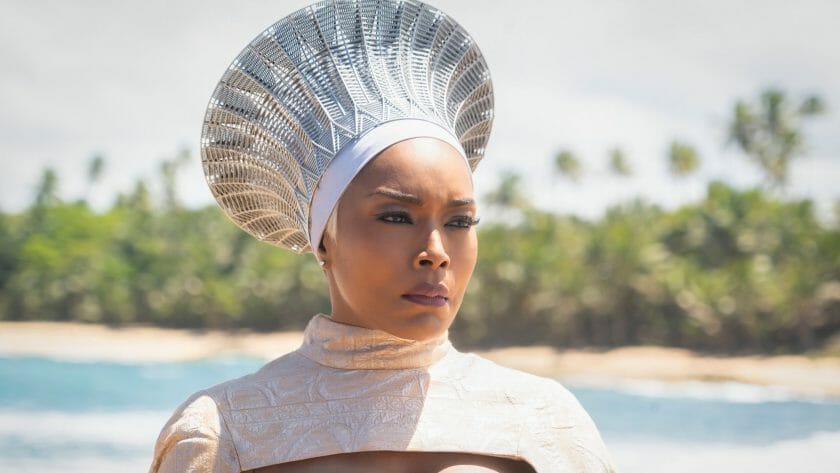 Although Shuri stops Namor in Wakanda Forever’s final act, it is Ramonda’s scenes opposite the new villain that alights the film with unpredictable energy. Both she and Namor are characters with long histories defined by loss. They are expected to guide their people with unflinching confidence but have realised they can never offer genuine protection. Both are simmering with composed rage over the world’s intention to exploit their resources. Namor, having witnessed colonisers destroy his ancestral Tucatán homelands, pursues war. He believes a preemptive strike against his enemies is the only way to defend Talokan properly, going so far as to hunt down a teenager, Riri Williams (Dominique Thorne), for inventing a device that can detect his kingdom’s vibranium. Ramonda, however, governs with diplomacy. She is not afraid to threaten the countries that have attempted to infiltrate Wakanda but has not allowed her anguish to fester into resentment. The film suggests that their dilemmas are more similar than the pair realise and that the only difference is how much self-control each exercises.

Take Ramonda’s firm monologue early on in the film. After Okoye fails to prevent the Talokan people from kidnapping Shuri, the queen is counselled to go easy on her; Okoye has, like many Wakandans, suffered for her country, even standing against her husband to defend her king. But Ramonda doesn’t change her position. “I am Queen of the most powerful nation in the world, and my entire family is gone,” she says. “Have I not given everything?” That she ends that statement rhetorically is enlightening: Ramonda is not trying to beat Okoye and her advisers into submission; she wants to show them why her sympathy cannot extend to forgiving crucial mistakes. Stripping Okoyee of her title is a harsh necessity, not a wreckless powerplay. That move underlines her character’s importance, despite her untimely death. It is rarely seen in the MCU to find a character that is a model of self-discipline in a world of chaos and violence; her wisdom influences her people long after she’s gone. 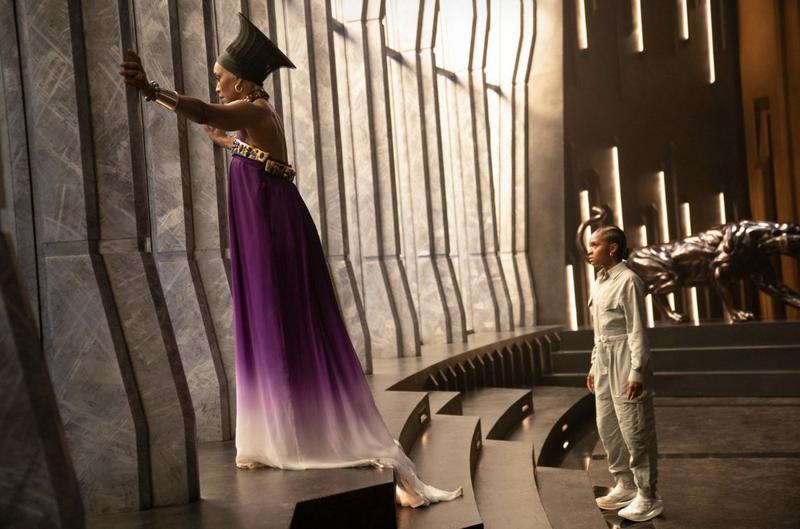 Bassett gives a perfectly calibrated performance. The Oscar-nominated actor has often played bold characters and ones who channel quiet strength. But her work as Ramonda in Wakanda Forever requires more than just poise and intensity. She subtly shades emotional nuance throughout the film, even when the script cannot. Her dignified silence contrasts deeply with Shuri’s outward devastation, and her ramrod posture before Namor emphasises his restless physicality. Though she never wears a suit or wields any magical abilities, Ramonda is the perfect bridge between T’Challa’s Black Panther and Shuri’s. Like her son’s, her fortitude comes from her belief that Wakanda has a place on a peaceful global stage. She’s a reminder to Shiri that a leader cannot be driven purely by vengeance; they must also draw from the heart, the very shape of the herb that grants the Black Panther power.

In her final scene, Ramonda swims submerged through the flooded throne room to save Riri, holding her in one arm while reaching for the surface with the other. Wakanda Forever is a busy film that takes place worldwide, taking characters into underwater cities and mountaintop hideouts, but director Ryan Coogler lets this shot linger. As it plays, Ramonda looks like a hero – not a superhero, but a force of nature. She’s carrying so much weight, yet she finds a way to carry on an embodiment of Wakanda’s endurance and Wakanda Forever’s steadfast message.