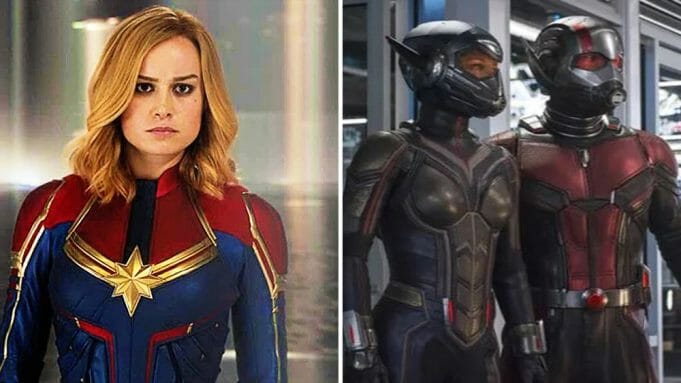 Marvel Studios’ “The Marvels” and “Ant-Man and the Wasp: Quantumania” are swapping release dates in 2023.

While a reason was not given for the swap, insiders suggest that “Ant-Man and the Wasp: Quantumania” was further along in production than “The Marvels.”

Paul Rudd (Ant-Man) and Evangeline Lilly (Wasp) return in “Ant-Man and The Wasp: Quantumania” with Kang the Conqueror, played by Jonathan Majors. Kathryn Newton joins the cast as Cassie Lang, while Michael Douglas and Michelle Pfeiffer return as Hope’s parents, Dr. Hank Pym and Janet Van Dyne, respectively.  It is also rumored that Corey Stoll will be playing M.O.D.O.K. in the Ant-Man threequel. Additionally, Bill Murray will reportedly play a “bad guy” in the film.