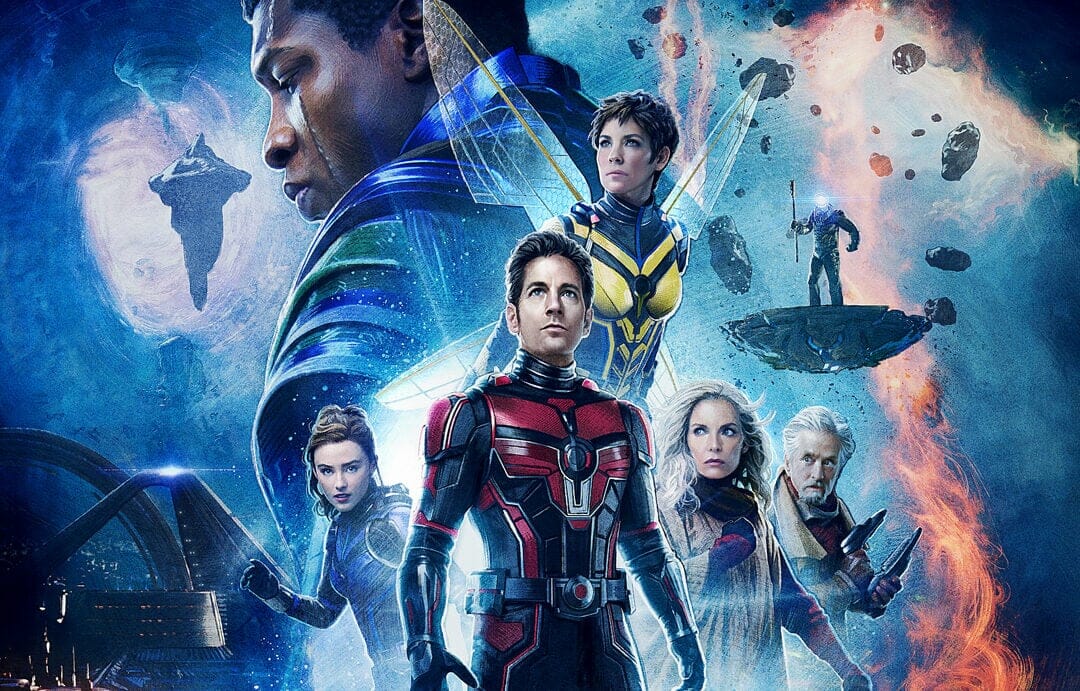 With the release of the second trailer for Ant-Man and the Wasp: Quantumania, Phase 5 of the MCU is on the horizon. Marvel has officially stepped up the push towards 2025’s Avengers: The Kang Dynasty, which is even mentioned in the trailer.

With Scott Lang’s previous two MCU outings, it may not seem as though Quantumania is the movie to jumpstart the MCU back up to the kind of power level seen in the last two Avengers movies. After all, neither of the first two Ant-man movies hugely influenced the broader MCU. But judging by this new trailer which features Jonathan Majors’ Kang the Conqueror in his first MCU movie appearance, the movie that signals the start of Phase 5 might be what the MCU needs to regain its momentum.

So let’s get into it and look closely at how Quantumania is shaping to be more than just another Ant-man sequel and why the Multiverse Saga will centre around Marvel’s tiniest hero.

Kang the Conqueror
Quantumania’s most exciting point is that it features the first film appearance of Jonathan Major’s Kang the Conquerer. Major’s previously appeared as another version of Kang – the strange time hermit known as He Who Remains – in the Loki: Season 1 finale, but this will be our first real look at Major’s Marvel villain. Presumably, this Kang will play a recurring role across the MCU in the build-up to 2025’s Avengers: The Kang Dynasty.

That makes Quantumania a vital piece of the Multiverse Saga puzzle. The previous two Ant-Man movies feature small-scale conflicts and villains seeking personal gain rather than world domination. But in Kang, we have a character who views himself as the rightful ruler of time. Quantumania will reveal much more about his long-term goals and how it all connects to the Quantum Realm, which has been a vital fixture of this series.

Kang is meant to be The Multiverse Saga’s answer to Thanos. But the critical difference is that we’ll see much more of Kang in the lead-up to The Kang Dynasty and Secret Wars than we ever did of Thanos pre-Infinty War. He Who Remains already had more screen time in Loki than Thanos did in Phases 1 and 2. We will no doubt meet at least one other version of Kang in Loki: Season 2, and there is room for even more Kang in future projects like Fantastic Four.

This proves that Quantumania is pivotal to the MCU in a way neither of its predecessors was. If you felt Phase 4 lacked direction, that won’t be an issue much longer.

Scott Lang’s Bargain
In the aftermath of Endgame, the MCU has divided its attention between establishing new heroes and exploring how the old guard navigated a post-blip MCU. Quantumania is tackling both. The first trailer focuses on Scott Lang enjoying his newfound fame, but we also know that his daughter, Cassie, will be suiting up as Stature for the first time. Quantumania will be the first time we see an MCU movie focusing on three generations of heroes, as Hank Pym and Janet Van-Dyme are also key players.

Quantumania looks to settle the big themes of Phase 4. After you’ve saved the universe from destruction, where do you go next? How can a younger generation of heroes hope to live up to that impossible example? And how can those who were robbed of five years with their loved ones recover what was lost?

That last question is at the heart of Scott’s character arc in Quantumania. This is a father who’s missed out on huge parts of his daughter’s childhood, whether because he was in prison or because time moved on while he was trapped in the Quantum Realm. One of the most intimate and heartbreaking moments in the MCU is when Scott returns home to a Snap-ravaged San Francisco and sees an almost unrecognisable Cassie for the first time.

In the first Quantumania trailer, Kang tells Scott, “I can get you back home, give you more time… if you help me.” The second trailer is even more explicit about what Kang wants. He’s offering Scott a chance to go back in time and experience those missing years with Cassie in exchange for the secret of escaping the Quantum Realm and helping Kang return to the regular world. Having already saved the universe through the power of time travel, just how tempted will Scott be to accept Kang’s bargain?

I’m guessing pretty tempted. Several shots in the second trailer show Scott splitting into multiple versions of himself, possibly due to a side effect of time travel like what we saw in Loki with the variants. But Scott isn’t the only one dealing with missing out; Janet missed out on decades of life with her husband and daughter. Everyone in Scott’s circle has missed out on precious time – time that Kang has the power to restore.

With Kang set to play such a significant role in the Multiverse Saga, this dynamic could be a taste of things in Phases 5 and 6. Will Kang make similar offers to other heroes? What happens when Bruce Banner is tempted with the chance to undo his transformation into The Hulk or Thor to save Asgard from Ragnarok? What if Kang borrows an idea from Mephisto in Spider-Man: One More Day and offers Peter Parker the chance to save Aunt May?

This is a crucial plot point in The Kang Dynasty. What makes Kang such a formidable threat isn’t that he has all the future resources at his disposal but that the Avengers don’t want to fight him.

MODOK
We’ve seen the Quantum Realm in previous Ant-Man movies and Endgame, but Quantumania promises to deliver a much more in-depth look at this tiny universe. It has a very Sra Wars look and feel, and Quantumania will make the MCU a more significant place by revealing the world that exists between the fabric of our own.

Nor is Kang the only crucial new inhabitant of the Quantum Realm to be introduced here. We’re also going to meet MODOK, The giant-brained science experiment that’s been a thorn in the side of the Avengers for decades. He’s a major villain in his own right, and he might pave the way for the MCU to tackle a more comics-inspired version of the science terrorist organisation AIM rather than the version seen in Iron Man 3.

We will find out what role, if any, MODOK has in the MCU’s future, but we learn one crucial detail in the second trailer. We see MODOK unmasked in a couple of shots around the 1-minute mark. If you look closely, you can see that MODOK is played by Corey Stoll, which confirms this villain is a mutated Darren Cross from the first Ant-Man movie. When we last saw Cross in the climax of that film, he was trapped inside the Yellowjacket suit as it shrunk down to subatomic size, he didn’t die, but he’s not human anymore.

There are also actors cast in the sequel whose characters still need to be confirmed. Bill Murray is playing someone connected to Michelle Pfeiffer’s Janet (with some speculating he’s her ex-boyfriend), and The Good Place’s William Jackson Harper is also appearing. Either of these characters could be more important to the Multiverse Saga than we know.

There is also, of course, every possibility that there are more characters and cameos Marvel keeps under wraps. Who or what else is hiding in the Quantum Realm? What could other iconic Marvel characters be introduced as our heroes venture deeper into the microscopic universe? A popular theory is that Quantumania will set the stage for the Fantastic Four, perhaps revealing that they were an older generation of characters trapped in the Quantum Realm, much like Janet herself. Anything is possible at this point.

Ant-Man and The Wasp: Quantumania releases in theatres on February 17th 2023