Skip to content
Home » Blog » Are Drax And Mantis From ‘Guardians Of The Galaxy’ Getting Their Own Disney+ Series? 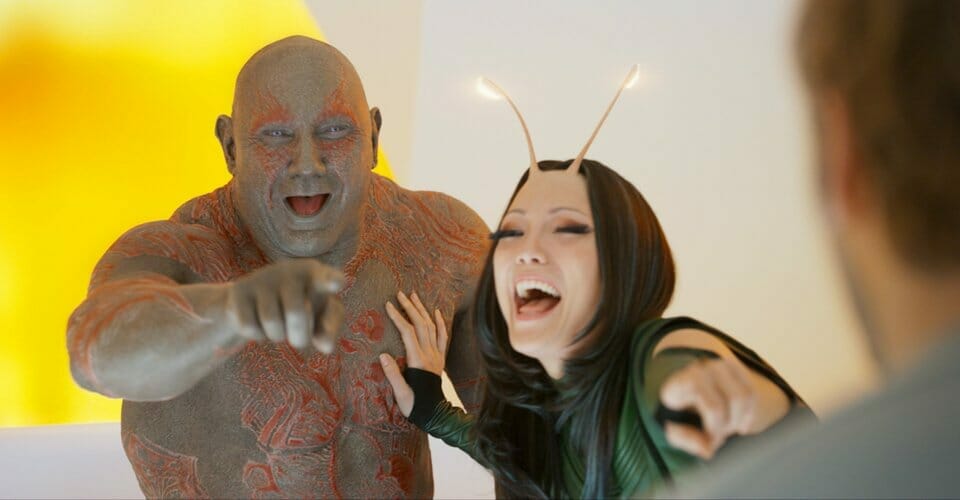 The latest buzz in the rumor mill is centered on two beloved characters from the Guardians of the Galaxy franchise.  Supposedly, Drax and Mantis are getting their own spinoff series for Disney+.

Just yesterday, James Gunn confirmed that he once had an idea for a Guardians of the Galaxy spin-off movie focused on Drax and Mantis, which was “never ruled out.”  You can see that Tweet below:

True. But this was never ruled out. I still think it could be amazing. ❤️ @DaveBautista @PomKlementieff https://t.co/MpA2iDGLHg

Interestingly enough, Dave Bautista, who plays Drax in the Guardians movies, recently expressed his interest in a potential spin-off movie, but said he wasn’t keen on the idea of a spin-off series.

“I wouldn’t do a series because Drax as a series would be really rough with the make-up and everything, it would just be too tough. What I would like to do is, honestly, and this is not my idea, I’m stealing this idea, James Gunn had the idea to do a Drax/Mantis movie, and that’s what I’d be up for because there’s just too much fun there,” Bautista said in a recent interview with Collider.

According to We Got This Covered, the new Disney+ series will feature Drax searching for a daughter he believed to be dead, with Mantis tagging along for the ride (much in the way she does in the films).  While the show hasn’t officially entered development just yet, sources say the project is indeed happening.

This isn’t the first time that the idea for a potential Guardians spin-off movie has been tossed about; a Groot/Rocket buddy movie was once thought about and Gunn also suggested that he would like the Ravagers to star in a standalone movie as an expansion of Vol. 2’s post-credit scenes.

For now, we’ll chalk it up as rumor until this is officially confirmed by Disney. Stay tuned!