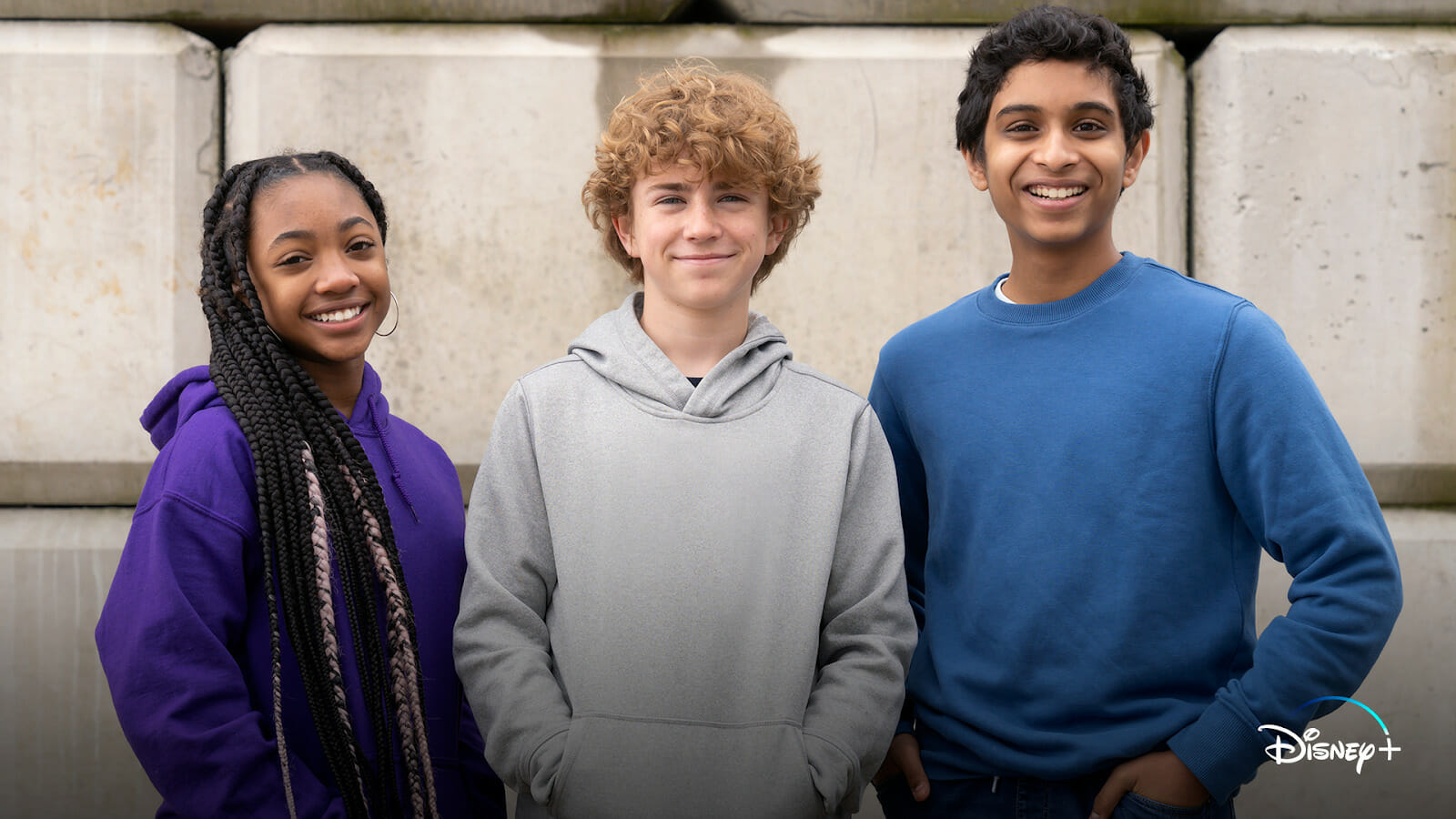 Percy Jackson has found his fellow heroes. Aryan Simhadri (Disney’s “Spin”) and Leah Sava Jeffries (“Empire”) will play Percy’s friends Grover and Annabeth, respectively, in the upcoming Disney+ original series “Percy Jackson and the Olympians.” Simhadri and Jeffries will star alongside Walker Scobell who was recently announced to play the titular character in this epic adventure. A Disney Branded Television series produced by 20th Television, “Percy Jackson and the Olympians” will start production soon in Vancouver.

Aryan Simhadri stars as Grover Underwood – a satyr, half boy and half goat, disguised as a 12 year old boy. Grover cares deeply about others and will always choose what is best for them, sometimes at his own expense. Though cautious by nature, he’ll always throw himself into a fight to protect his friends, especially his best friend Percy Jackson.

Leah Sava Jeffries stars as Annabeth Chase. As a true daughter of the Greek goddess Athena, Annabeth is a brilliant strategist with an active and curious mind. After having spent the last five years at Camp Half-Blood, she longs to test her mettle in the human world, of which she barely remembers. She trains Percy to survive the mythological world, and in turn, he helps her connect with her humanity. 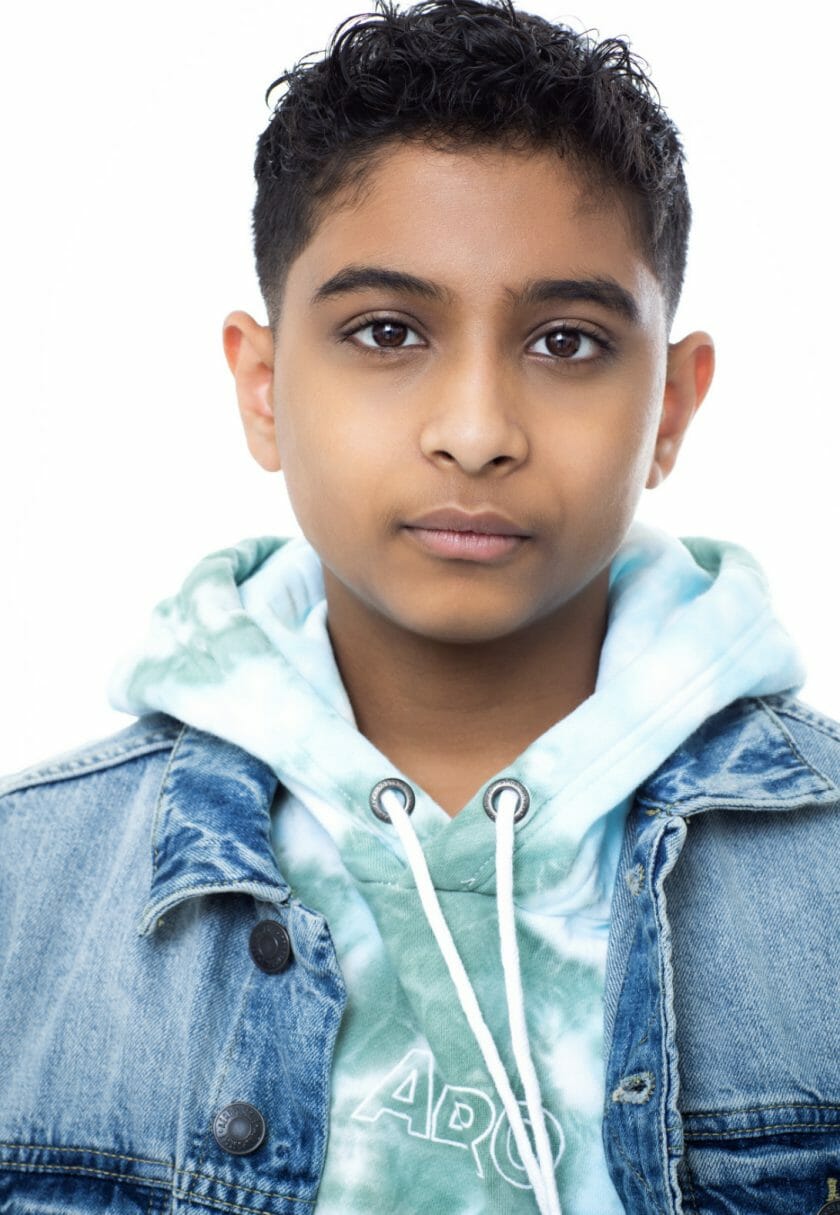 From commercials to Disney Channel star, Aryan Simhadri has had a whirlwind career spanning over 11 years which is especially notable given he’s just 15. This energetic and outgoing kid was scouted by Kids Acting School, ICT in OC at the age of 4 after moving to Irvine, CA. As he quickly fell in love with the art, his talents were first recognized in a Qualcomm commercial. From there his talent bloomed into multiple television roles over the next few years from ABC’s “How To Live With Your Parents(For the rest of your life)” to “Will & Grace”.  He got his break in Movies with Netflix/WWE movie “The Main Event”. Most recently he has been seen as the lead in Disney Channel’s original movie, “Spin,” the first to feature a South East Asian-Indian cast as the leads. He also just wrapped the filming of “Trevor: The Musical” after a successful run in New York.

Continuing to work on his craft, his improv skills were finely tuned when he was cast on Disney’s “Just Roll With It” where the audience chose what happened in the scenes, and the actors must “roll with it”. He has also extended his reach into voice-over work, where you can hear him in movies like “The Spongebob Movie: Sponge On The Run”. He also lends his voice to Paramount Television’s “Adventures in Wonder Park” as ‘Banky’ and most recently, the role of ‘Tiffany’ in the award winning “Adventure Time” series television movie “Distant Lands” and Disney’s “Mira, The Royal Detective”

Still living in Irvine with his parents, his passion for the work, as well as meeting his fellow cast and crew members, radiates more every day, and he shows no signs of slowing down. As an amateur magician, Aryan has a few surprises up his sleeve for 2022, as he also  stars in the Disney+ reboot of “Cheaper By The Dozen” alongside Zach Braff and Gabrielle Union. 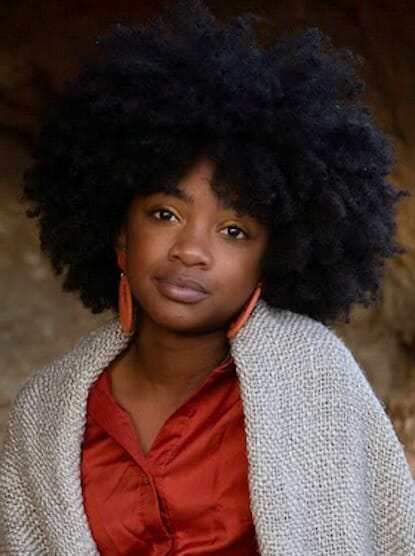 Leah Sava Jeffries was born in the Metro Detroit area and started her career appearing in local commercials when she was a mere three years old. Since then, Leah has appeared alongside Taraji P. Henson in FOX’s “Empire”, as Lil Rey Howery’s daughter, ‘Erica’ on the FOX comedy, “REL”, and in the TD Jakes-produced Lifetime Television Network film “Faith Under Fire.” Her upcoming projects will include the Universal Pictures thriller, “Beast,” opposite Idris Elba, as well as the Amazon Original, “Something from Tiffany’s” from Hello Sunshine.