Skip to content
Home » Blog » Does ‘Avatar: The Way of Water’ Have an End Credits Scene? 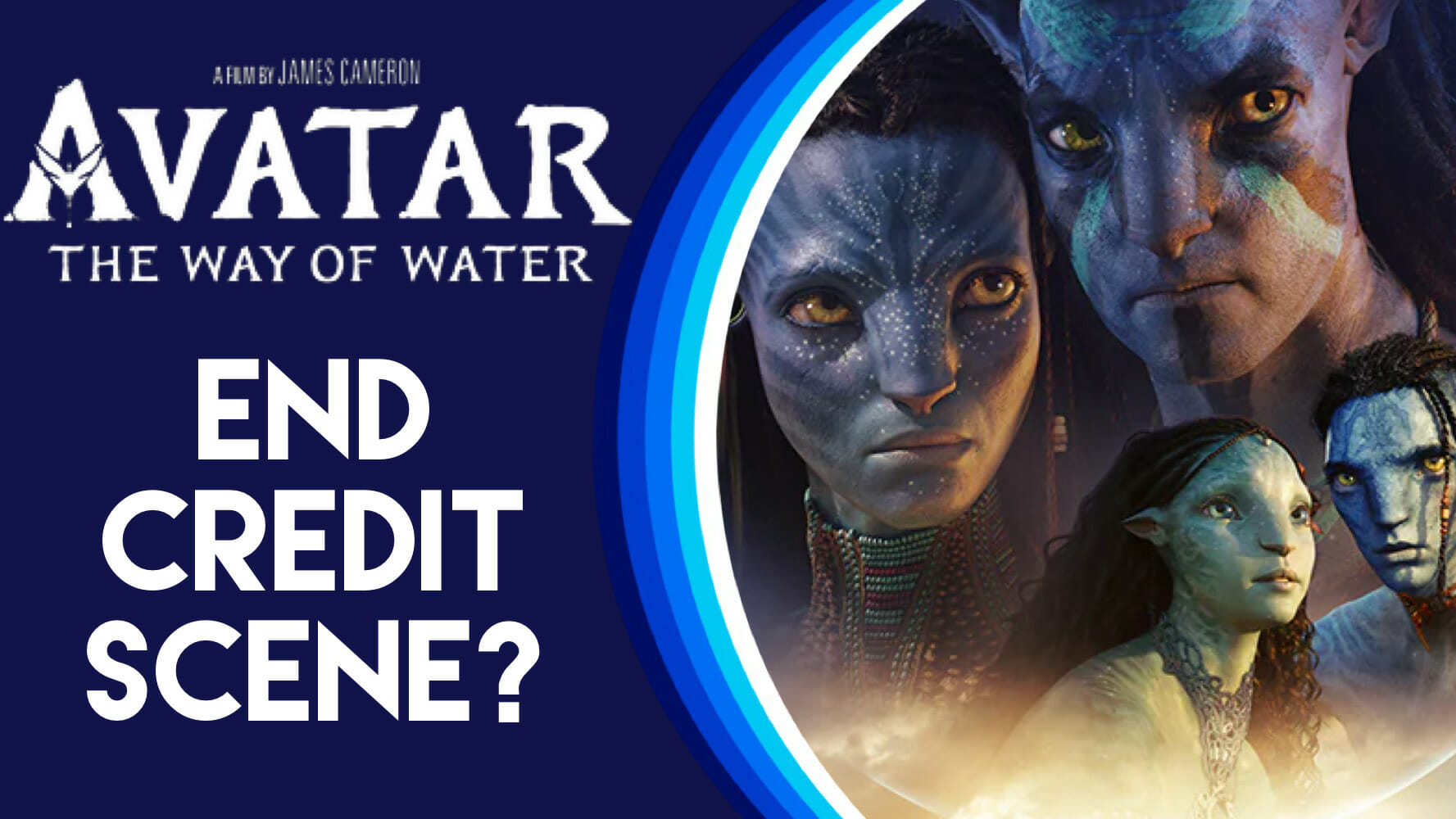 The highly anticipated Avatar: The Way of Water hits theatres on December 16, 2022. If we’ve learnt anything from modern cinema, and especially Marvel in particular, it’s to stick around to watch those all-important post/after credit scenes.

But should you head for the exit once Avatar 2 is over, or does the movie have a credit scene? And if so, how many credit scenes does Avatar have? Read on for all the details!

Does Avatar 2 Have An End Credit Scene?

Avatar: The Way of Water does not have any end credits scenes. If you’re reading this because you’re currently sat in the theater wondering if you can leave, you can. Once the movie is over you can head for the exit… or the bathroom considering the three-hour run time!

You might still find some value in sticking around during the credits for the cool concept art and score, but after over three hours, you’re definitely free to leave.

When Does Avatar 3 Come Out?

You might have noticed that Avatar: The Way of Water does have a few plot points that aren’t resolved, which is presumably to help set-up Avatar 3.

Avatar 3, which is dependable on the success of Avatar: The Way of Water, will be released in December 2024.

What is Avatar: The Way of Water About?