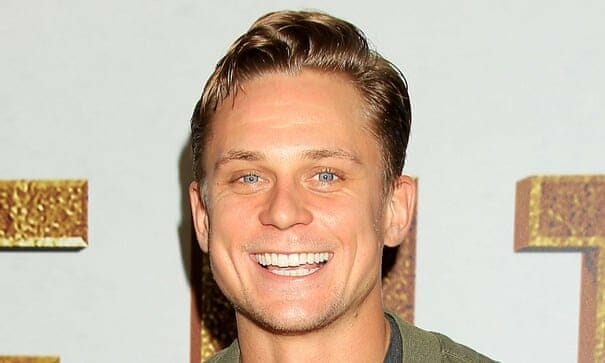 In a poorly-planned PR move, Disney has announced they are producing an Aladdin spinoff series for Disney Plus starring Prince Anders, the bumbling prince who asks for Jasmine’s hand early in the live-action film, sparking ire from the fans.

This comes out on the heels of news that the leading man from Aladdin, Mena Massoud, has yet to secure acting work after the film, despite it grossing over a billion dollars worldwide.

Said Massoud in an interview with the Daily Beast: “I’m kind of tired of staying quiet about it. I want people to know that it’s not always dandelions and roses when you’re doing something like Aladdin. ‘He must have made millions. He must be getting all these offers.’ It’s none of those things. I haven’t had a single audition since Aladdin came out.”

Billy Magnussen played Prince Anders, a character created exclusively for the live-action version of Aladdin and was not present in the 1992 animated film. Known for making big impressions in films where he has limited screen time, Magnussen was also in Disney’s 2014 film adaptation of Into the Woods and was nominated for a Tony for his role in Vanya and Sonia and Masha and Spike.

Magnussen became an unexpected fan favourite with Prince Anders, and after approaching Disney brass with the idea, the spin-off series (NOT a direct sequel to the film) was greenlit for production.

Meanwhile, the response on Twitter to the news has been less than flattering:

Mena Massoud, who starred in the blockbuster ALADDIN remake, can’t get an audition anywhere.

But Billy Magnussen, who plays the white comic relief character they added to the film for no good reason, gets his own spinoff.

A white man can get a spinoff of a film that’s made up almost entirely of POC (save for him) while the actor who played Aladdin can’t even get an audition https://t.co/yq8QZV1mRf

WHEN MENA MASSOUD IS LITERALLY STRUGGLING TO GET ROLES SINCE ALADDIN CAME OUT?? A MOVIE WHERE HE IS THE MAIN STAR??? HIS CHARACTER’S NAME IS DEADASS THE TITLE BUT YALL PICK THE ONLY WHITE GUY FOR A SPINOFF??? THIS MUST BE A JOKE https://t.co/FwTnoL0Loh

ok so here’s a rundown if you’ve missed anything:

1. a white character who wasn’t in the original story or movie was added into the 2019 version
2. they’re giving him a spinoff
3. meanwhile the lead actor who played the title character can’t get booked for any roles https://t.co/GBlklnDXkr

Massoud’s other co-stars have not been bit by this alleged Aladdin curse; Naomi Scott, the actress who played Jasmine in the live-action film, starred in the recently released Charlie’s Angels, and Will Smith starred in the Ang Lee directed action film Gemini Man.

Asked to comment on Massoud’s recent revelation, Smith had this to offer: “The thing about this business, that is not unlike life: it’s hard by design. It’s like the universe, God, whatever you believe designed it to be hard, right? So, if you’re having a hard time, it’s because you’re supposed to.”

Personally, I think it’s great that Magnussen was able to capitalize on his bit role in Aladdin and create work for himself. However, I think it’s extremely tone-deaf of Disney to announce the project just days after Massoud – an actor of colour – struggles to find work despite playing the lead in this blockbuster film.

Do you think the news is a result of systematic racism in Hollywood or just an example of poor timing and not reading the room well?