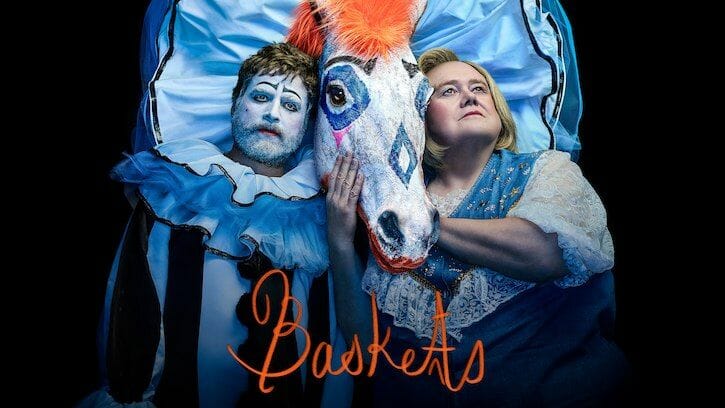 Disney+ has announced the full list of everything coming to Canada in January 2022 including premieres of new Disney+ Original Series, additional episodes of fan-favorite series, and new library title additions.  One of the library titles that will be added to the service next month is Seasons 1-4 of “Baskets” which arrives on Wednesday, January 26, 2022.

Big changes are underway for the Baskets family.

After 49 years, Chip (Zach Galifianakis) decides it’s finally time to move out of his mom’s place. But even with the help of Martha (Martha Kelly) and a life coach, he learns that leaving the nest is hard, to say the least. Christine (Louie Anderson) and Ken (Alex Morris) move into a new place they can call their own, but carpet emergencies and missing kitchen magnets make the transition rockier than expected. And Dale (Zach Galifianakis) has found kindred spirits with his fellow inhabitants at the RV park.

You can watch a special look from Season 1 of “Baskets” below: