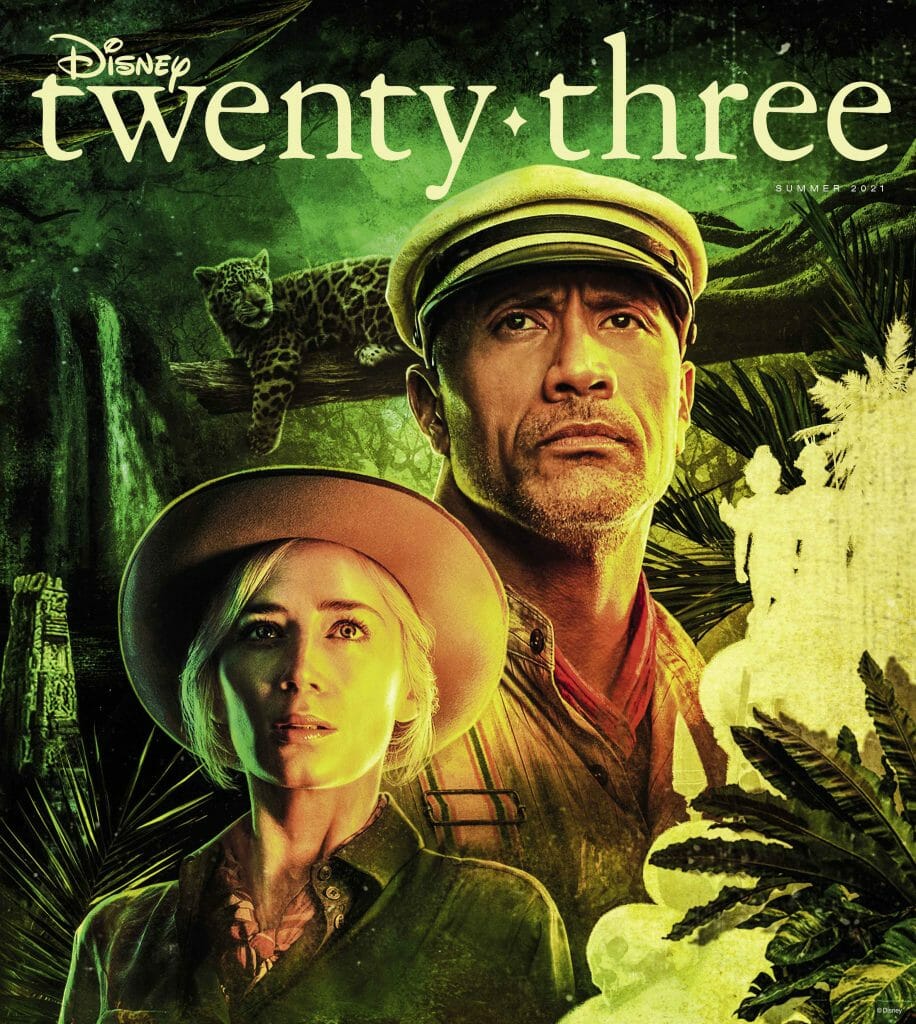 Disney just unveiled its summer 2021 issue of Disney twenty-three magazine with Dwayne Johnson and Emily Blunt on the cover.  The duo star in the upcoming Jungle Cruise film set to release this summer which is based on the beloved Disney Parks attraction.

Inside the new issue, the magazine will be sharing details on the upcoming “Behind The Attraction” series coming to Disney+. The 10-episode, hour-long series from Dwayne Johnson and Dany Garcia’s Seven Bucks Productions and The Nacelle Company, will give viewers an exclusive glimpse “behind the curtain” of some of Disney’s most popular attractions by speaking directly with Disney’s Imagineers and other creative minds involved in bringing each to life. The episodes will feature a deep-dive into the storied history of how these popular Disney attractions came to be, and how they’ve been refined as new ideas surface and technology evolved. It will also feature special interactions with the fans who lovingly obsess over every magical detail.

The magazine will also showcase other upcoming summer Disney+ Originals including “Monsters At Work,” “Luca,” “Loki,” “Cruella,” “What If” and “Turner & Hooch.”

A release date for the series has not been shared yet, but should be announced soon.  Keep checking back with Disney Plus Informer for all the latest details.