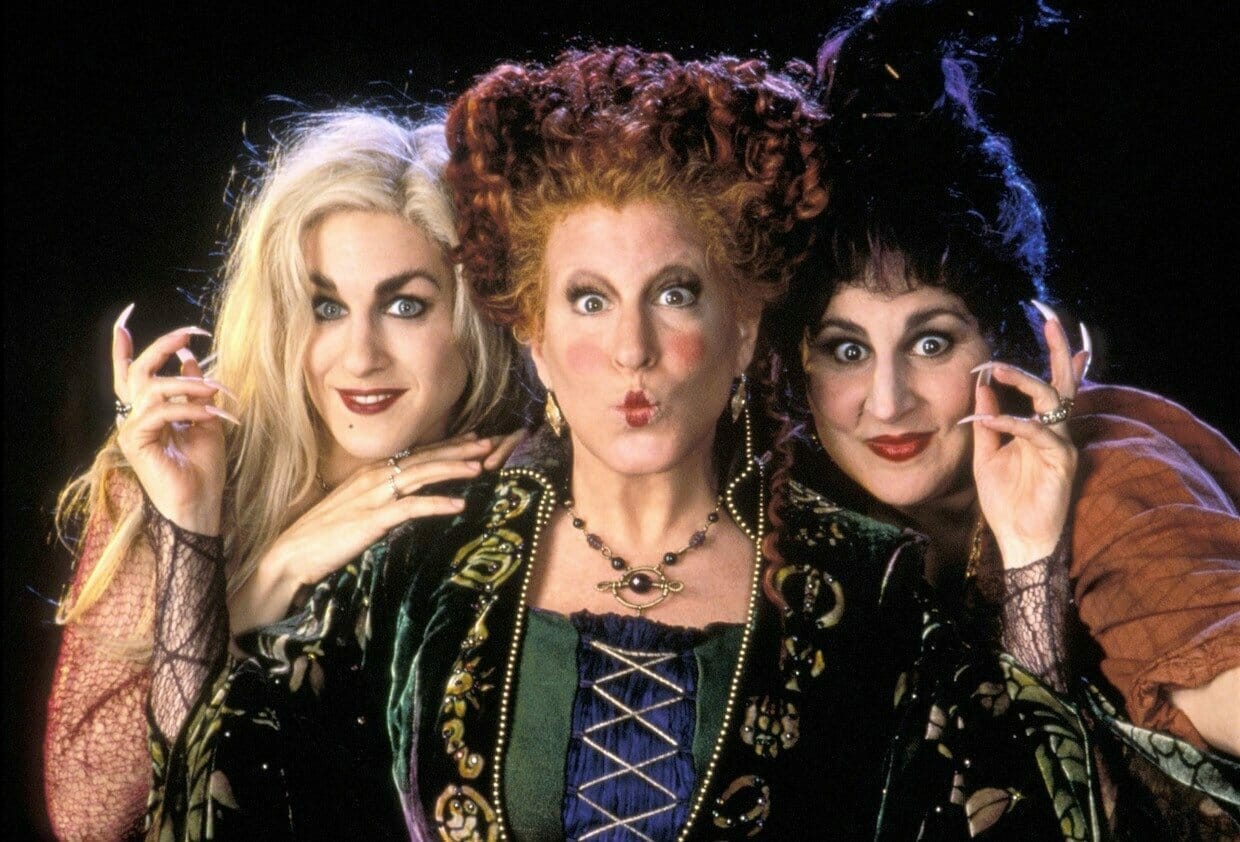 The DisInsider is reporting that Hocus Pocus stars Bette Midler, Sarah Jessica Parker, and Kathy Najimi are in talks to reprise their roles as the Sanderson sisters in the Disney+ sequel. According to the report, there is no confirmation if any of them have signed on for the film, but talks have reportedly taken place via Zoom meetings.  In the past, all of the actresses have reported interest in returning for a sequel.

Walt Disney Studios announced they were working on a Hocus Pocus sequel for Disney+ last October.  Back in March, we learned Adam Shankman signed on to direct the new movie.  Shankman has directed many popular films including What Men Want, Hairspray and Rock of Ages.

The new Hocus Pocus movie will be written by TV writer producer Jen D’Angelo, who has previously worked on Happy Together, LA to Vegas, and Workaholics. Lynn Harris will produce the movie.

The original Hocus Pocus movie is available to stream now on Disney+.