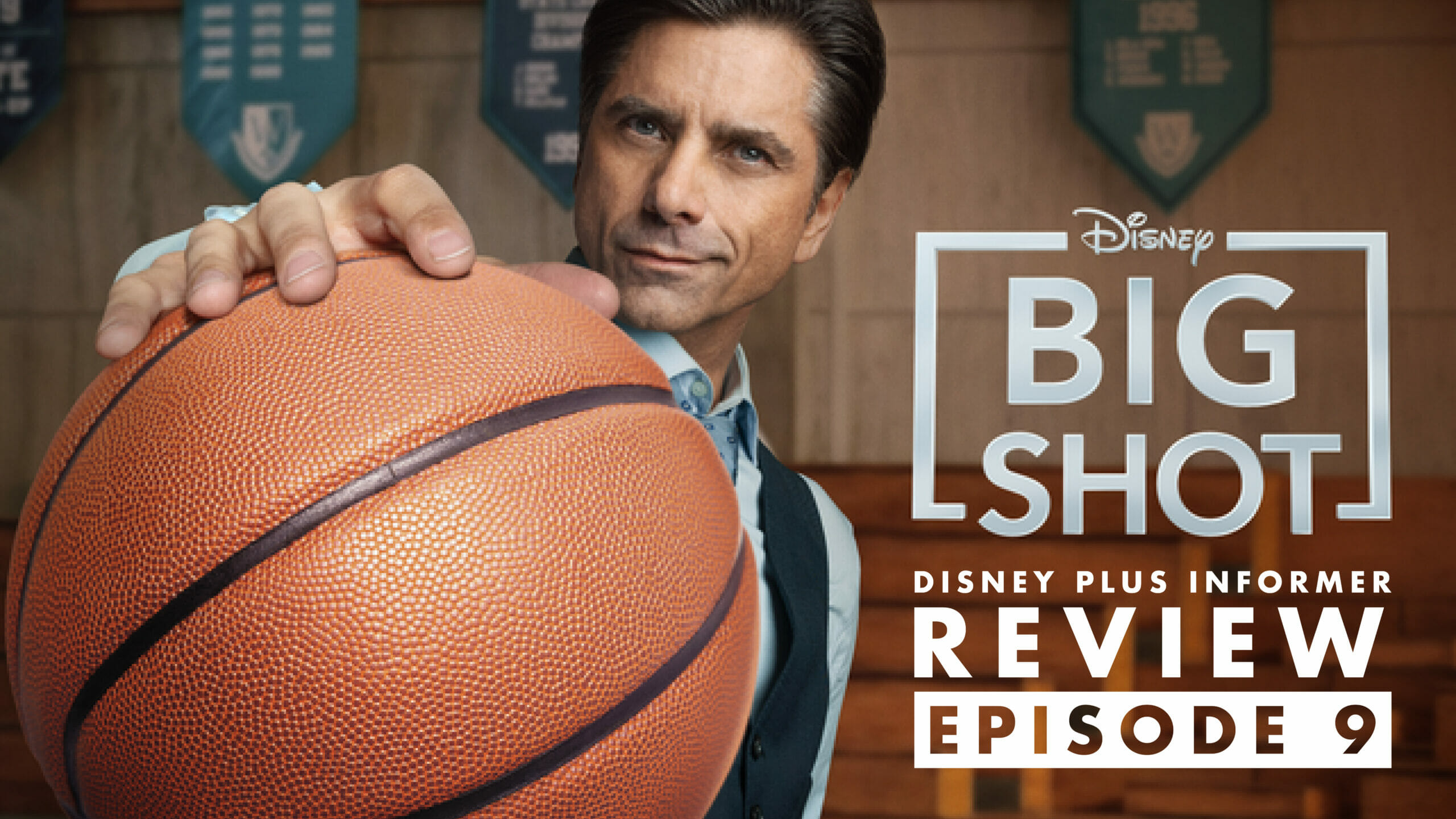 Big Shot’s penultimate episode arrives on Disney+ this Friday, and we’re just not ready for this show to end!

The last but one episode has Coach Korn heading back to college for an interview that would see him return to the men’s game if successful. As Korn arrives, the college pulls out all the stops to impress him, which, on the surface, it seems just what he needs, but things may not be all they seem.

Whilst he’s wined and dined by his new wannabe employers, Marvyn realises that the college only really wants him for one thing. His fiery temper and reputation. It seems they believe that by having him as a coach, other teams will fear him, thinking that he will throw a chair in another fit of rage. However, the past few episodes have shown us that Marvyn simply isn’t that person anymore; he’s more relaxed and enjoys the lighter side of life. Of course, this leaves him feeling conflicted.

Elsewhere, Destiny struggles to come to terms with the news about her Aunt, which means basketball taking a backseat for her. Harper and Mouse had a big moment last week, finally getting together, and it would have been nice to see more of their story develop, which unfortunately we don’t get this week, and I feel like, with next week’s season finale, they will be somewhat left out.

Being the penultimate episode means that episode 9 is really about putting characters in place ready for the season finale next week. Possibly a little slower than some previous weeks, but things are still set upon nicely for the last episode in a week.