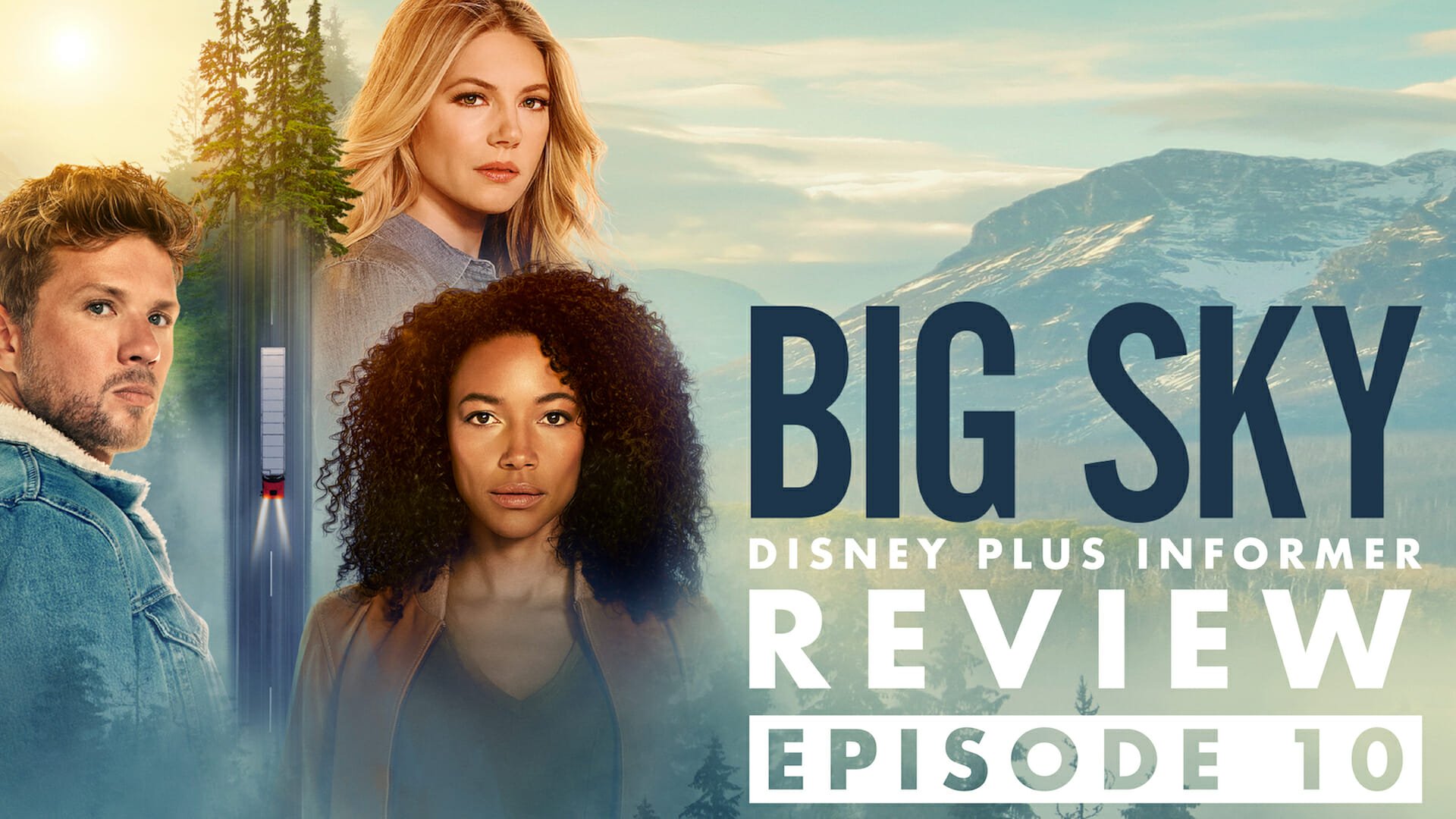 Big Sky returns to Disney+ (UK) this week, after its mid-season break, which feels justified given the fact that the story picks up three months after Ronald’s escape at the end of episode 9.

We catch up with the fugitive, who seems to have found himself a girlfriend, and settled into a new life, albeit in disguise. The red hair and glasses may make him unrecognisable, but he’s still as creepy as ever.

Cassie and Jenny have returned to investigating domestic cases and are working for a woman who believes her husband might be cheating on her. The pair are on a stakeout at a Motel, but things aren’t as they seem and soon take a turn for the worst.

A U.S. Marshal shows up claiming to be working on the Ronald Pergman case back at the office. He knows all about Rick and his involvement in the sex trafficking ring; he seems keen to work with Cassie to catch Ronald and crack the case together. Cassie isn’t so sure about Mark, though, and after searching his history, she can’t understand why he would volunteer to take on the case to find Ronald.

It’s a surprisingly slow episode, especially as the first half of the season was so action-packed. The story has moved on quite a bit, with the introduction of a new case, and although we do find out where Ronald is at, it feels relatively brief and isn’t the main focus of the episode.

The introduction of Mark, the U.S. Marshal, seems to link Ronald and the new case that Cassie and Jenny are investigating; I can see things becoming more aligned as we move through the episodes.

As the show aired in the US, episodes 10 and 11 were released together. This was because of the show returning after its mid-season break, but I also feel that with episode 10 being a slow burner, having episode 11 available to watch as well might have been beneficial.

Overall there isn’t much that stands out during episode 10, other than the fact that the show is back, and from what I’ve heard in our Facebook group, it will most definitely be a welcomed return!

A low 3 out of 5 for “Catastrophic Thinking”, perhaps a 4 just because I’m glad that we have the show back.