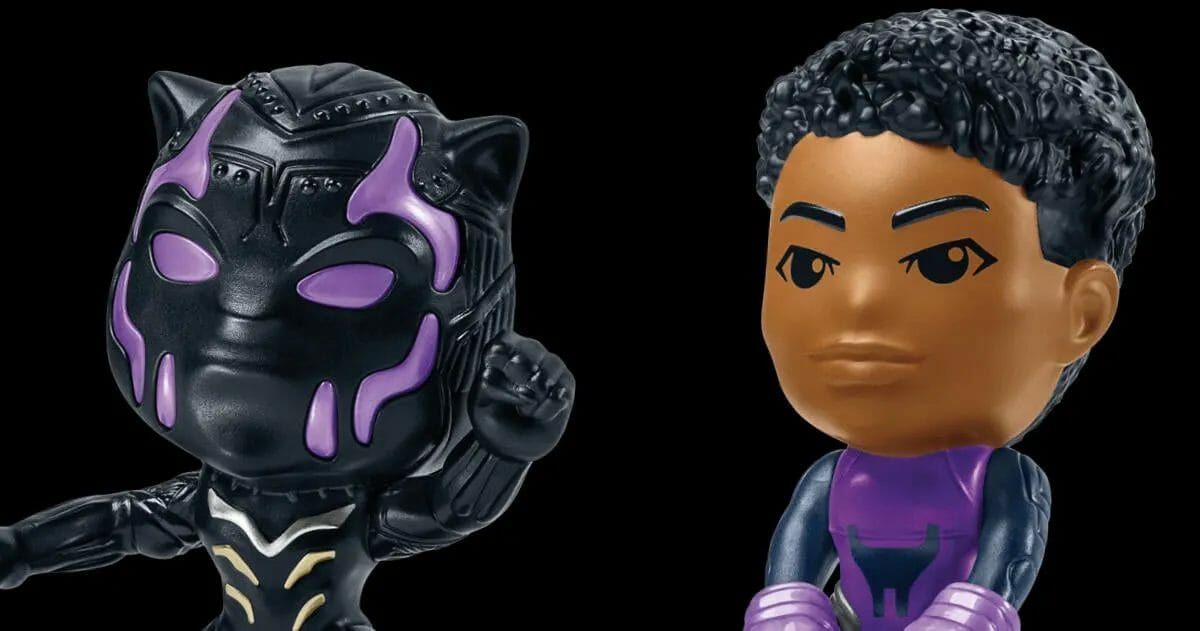 Starting today, new Happy Meals inspired by Marvel Studios’ “Black Panther: Wakanda Forever,” are available now at Mcdonald’s.   The new Happy Meal brings the world of Wakanda to life in restaurants and gives everyone the chance to see and celebrate their inner hero.

Each Happy Meal includes one of ten “Black Panther: Wakanda Forever” super hero toys based on characters from the movie, from fan favorites like Shuri and Okoye to newcomers like Namor and Ironheart. It will be available for a limited time at participating restaurants nationwide, while supplies last.

“The first Black Panther movie inspired a new generation of Marvel lovers – and that’s because of the powerful story it told, brought to life by an incredibly talented cast,” said Jennifer Healan, VP of U.S. Marketing, Brand Content and Engagement at McDonald’s. “It set a whole new standard for representation on the big screen. And now, we’re excited to bring that experience to our restaurants and help fans see and celebrate their inner hero with this new Happy Meal – because seeing is believing.”