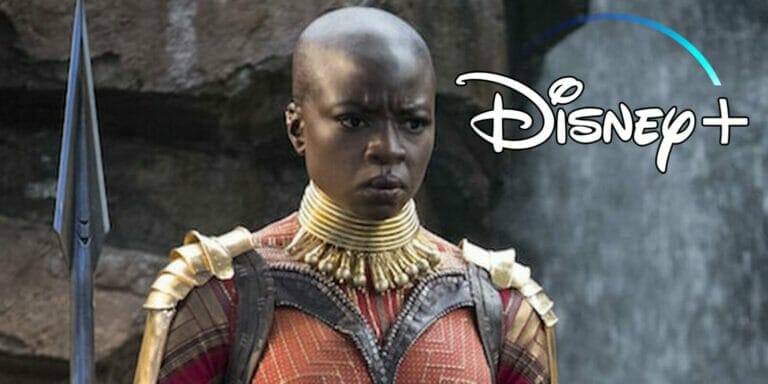 It’s been rumored for some time that Marvel was developing a Black Panther spinoff series for Disney+ based on the character Okoye played by Danai Gurira. No specific details about the project have been announced but Gurira recently hinted that there may be some truth on the possibility of a spinoff series

On a recent appearance on The Late Night Show with Stephen Colbert, Gurira said, “The idea of her actually going this failing – trust me when I first heard the script – when Ryan (Coogler) sat me down and told me what happens, I’m like am fired and all the rest, ‘I was like whoa, let’s discuss this.’ But then I realized how powerful it would be to actually allow a character like her to go through failing and complications that causes her to not be able to just stand strong, she has to go through her brokenness too.”

When Colbert further probed her about the possibility of a spin-off the actor stayed tight-lipped but said, “I have been told… that I can gently allude to this possibility.” Which left Colbert totally stumped. She carefully added, “So I am gently alluding.”

It’s important to note that Marvel or Disney has not officially announced a new Black Panther series featuring Okoye.