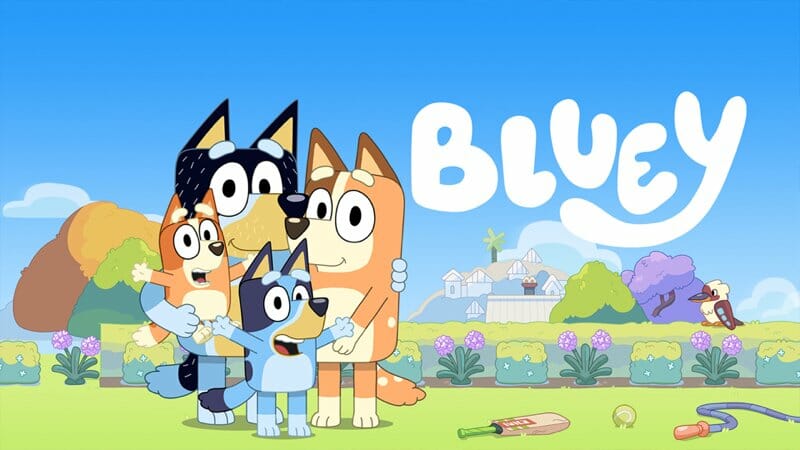 The Emmy® Award-winning Australian series, Bluey is coming to Disney+ in the UK on Thursday, October 1st.  The streaming service announced the exciting news in an email to subscribers.

Bluey is a popular animated series for pre-schoolers and parents alike and airs on the Disney Channel and DisneyNOW.

Bluey follows the adventures of a lovable and inexhaustible six-year-old Blue Heeler puppy who lives with her dad, mum and four-year-old little sister, Bingo. In every episode, Bluey uses her limitless Blue Heeler energy to play elaborate games that unfold in unpredictable and hilarious ways.

Season one contains over 50 episodes and a second season is currently airing on the Disney Channel.