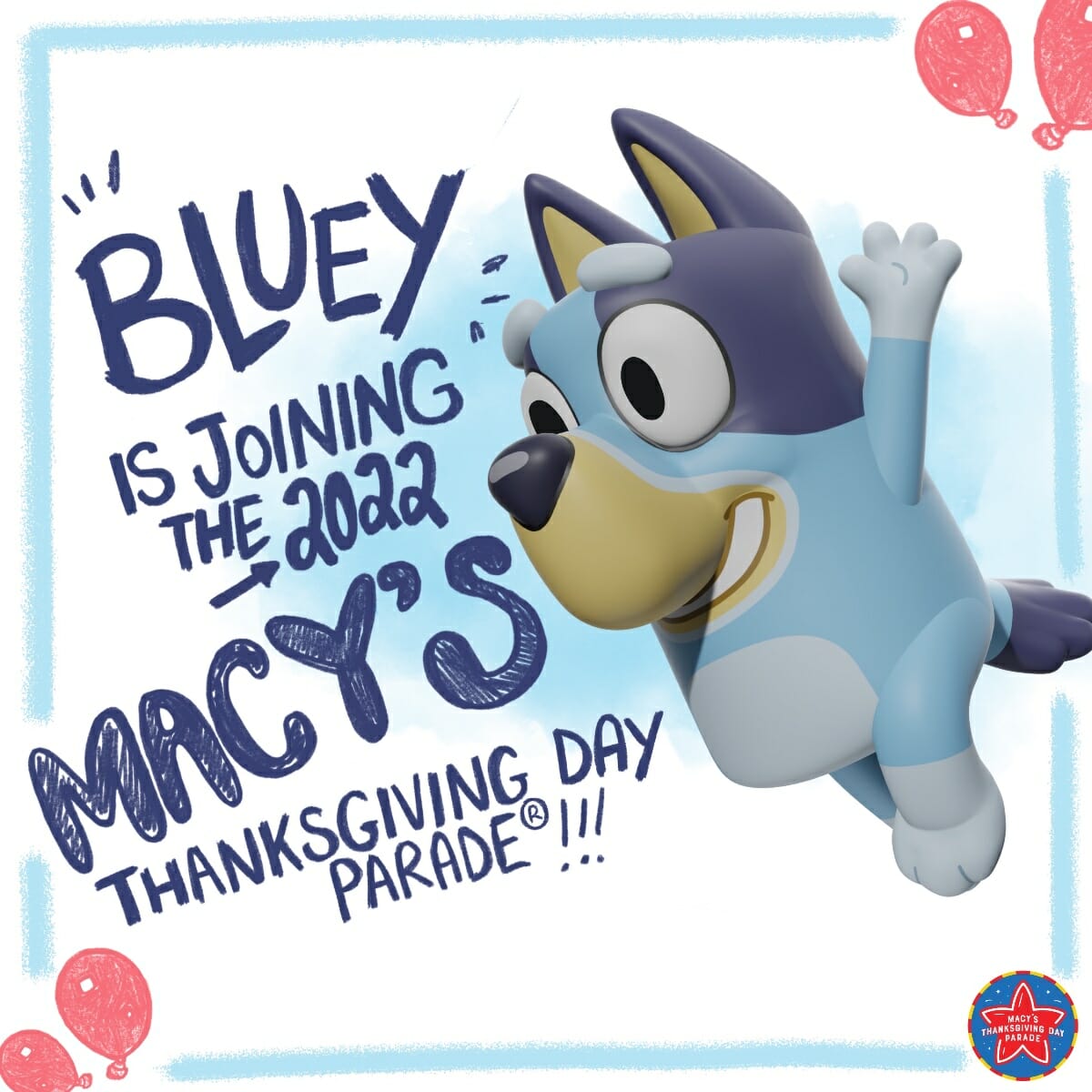 Bluey will be joining this year’s Macy’s Thanksgiving Day Parade.  The news was announced on social media which you can see below:

Bluey is an exhaustible six-year-old Blue Heeler dog, who loves to play and turns everyday family life into extraordinary adventures, developing her imagination as well as her mental, physical and emotional resilience.  Since the show’s debut in 2018, Bluey has become one of the most-watched and best-reviewed children’s shows in the world.

Seasons 1-3 of Bluey are available to stream now on Disney+ in several countries including the United States, Canada, the United Kingdom and Ireland.