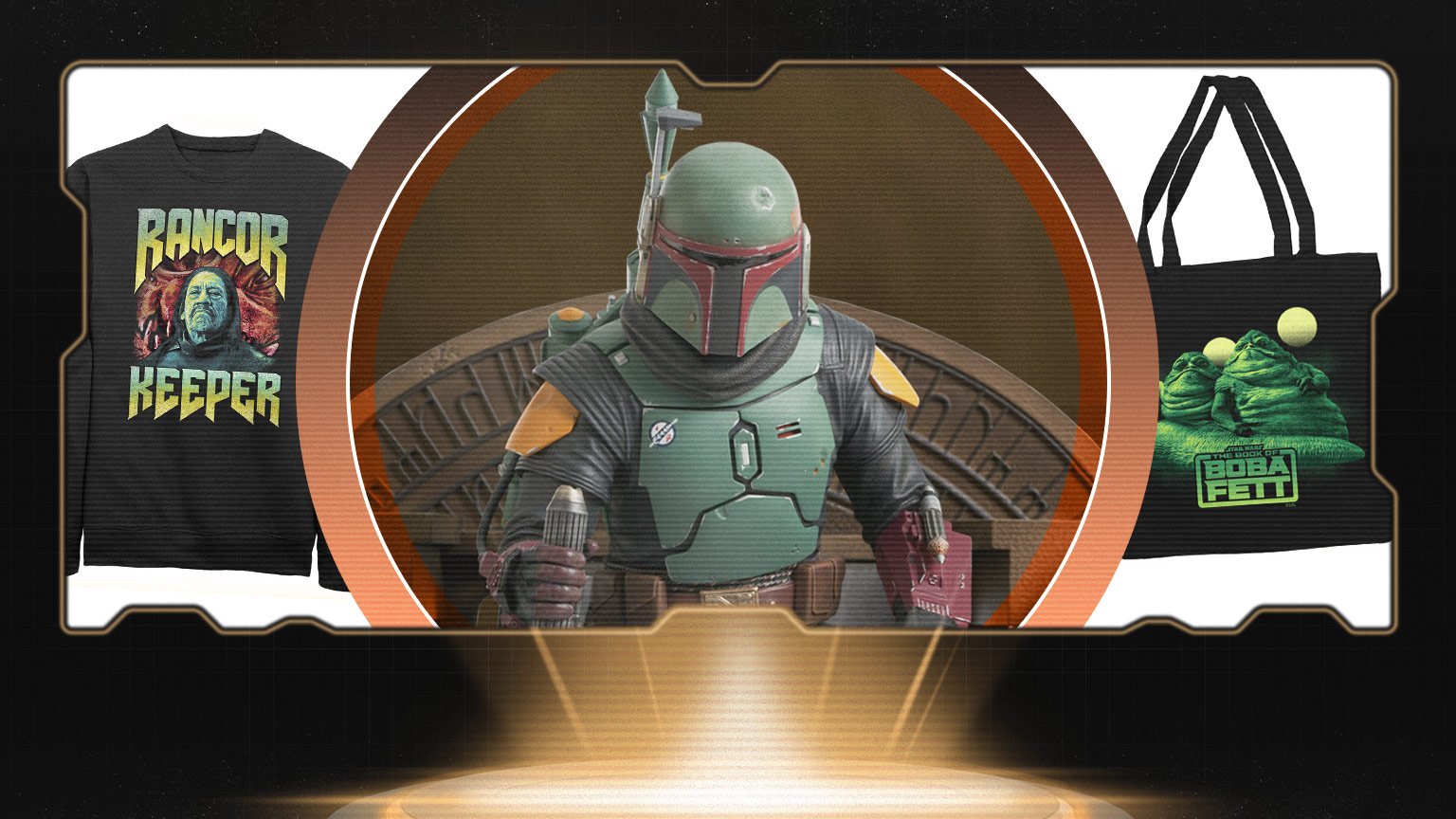 The campaign has revealed new products every Tuesday for the last 14 weeks of new items inspired by everything from The Book of Boba Fett, which premiered exclusively on Disney+ December 29, and The Mandalorian to classics like the Skywalker saga films, animated series including Star Wars: The Bad Batch and Star Wars: Visions, and much more.

Today Bonus Bounties were released that features a new Gentle Giant statue featuring Boba Fett seated on the throne of his former employer Jabba the Hutt, based on the end-credit scene in The Mandalorian that announced The Book of Boba Fett, and more! 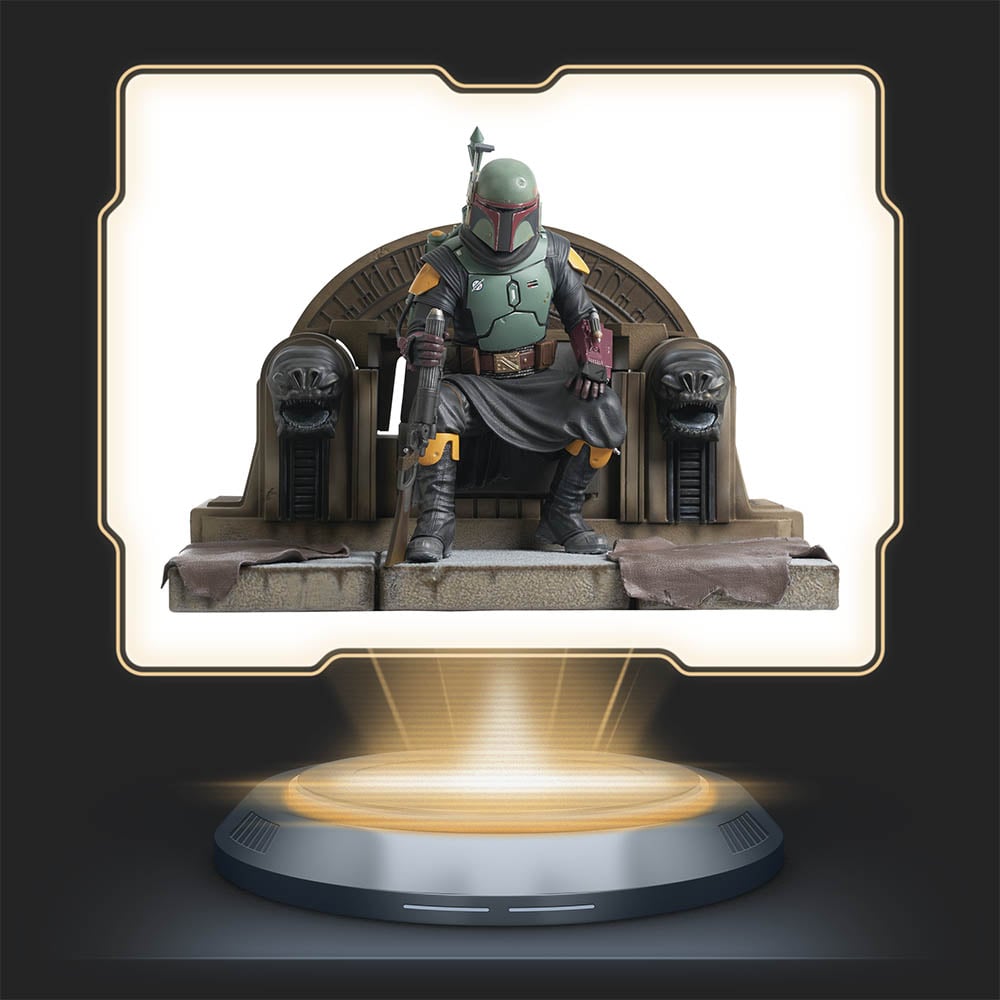 Meet the new Daimyo of Tatooine. After usurping Bib Fortuna and taking over Jabba’s palace, Boba Fett is ready to rule with respect. Measuring approximately 12.6 inches wide and 9.4 inches tall, this statue of Boba Fett features high-definition digital sculpting and hand-painted details and is limited to only 1,000 pieces. 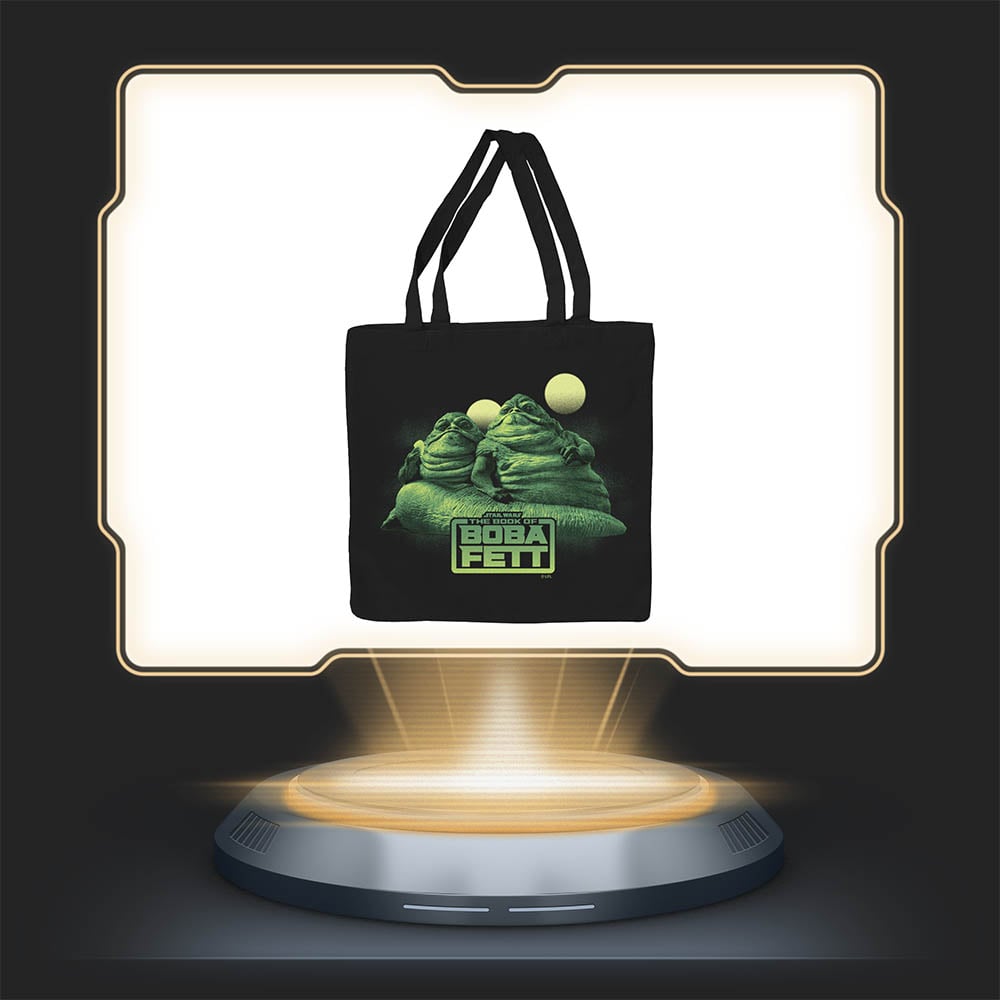 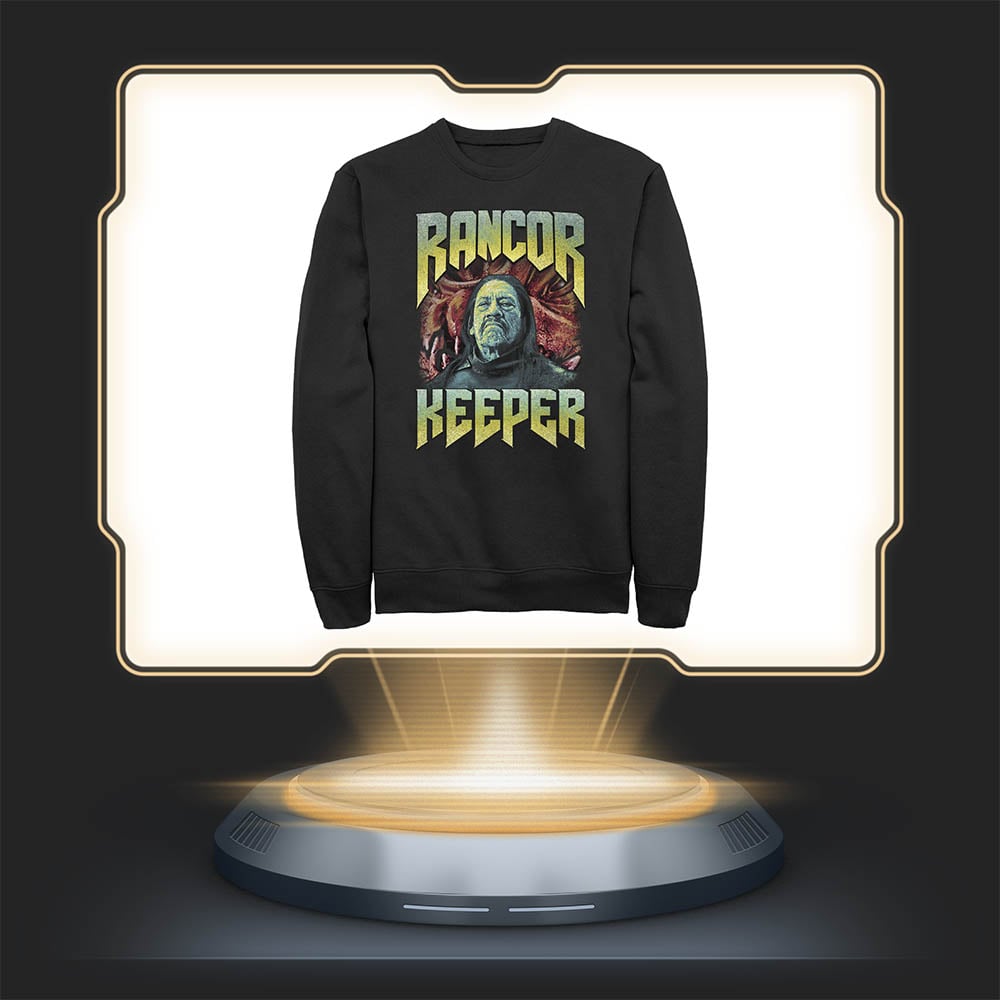 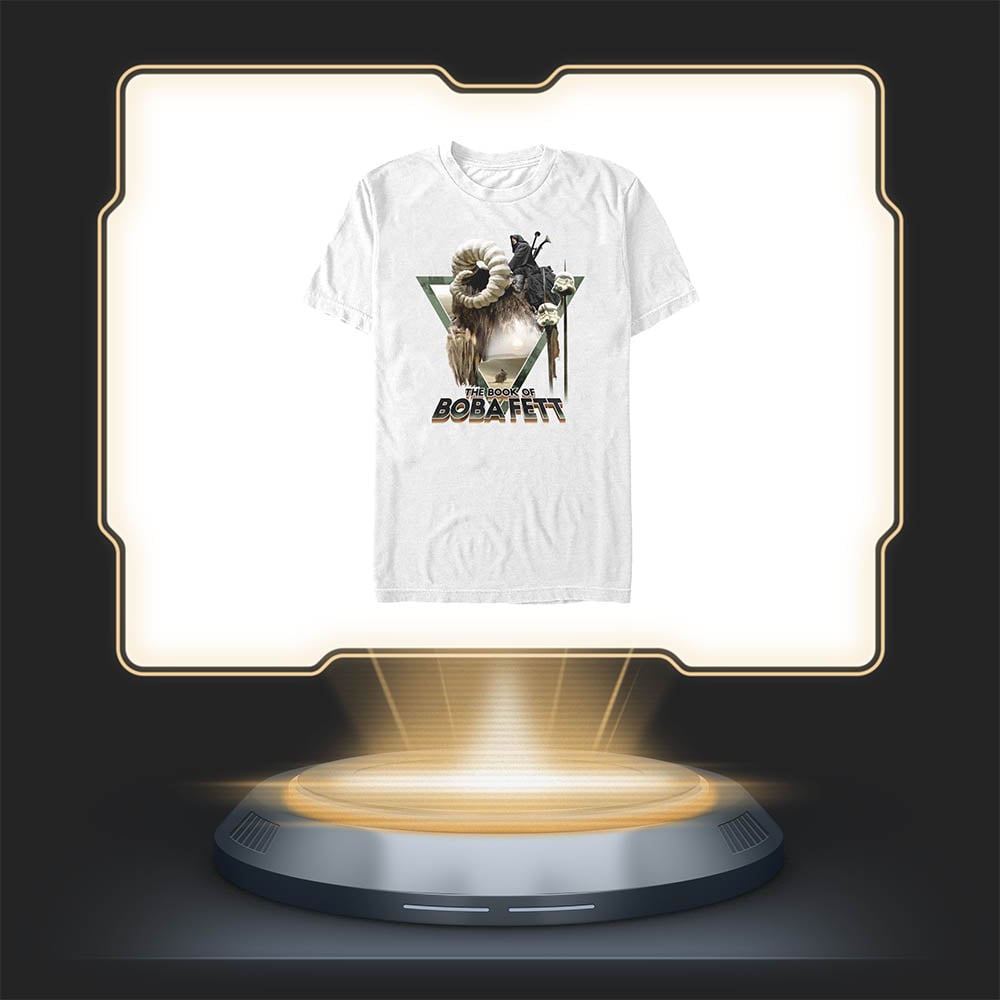 The Book of Boba Fett Chapter 3 Tote, Sweatshirt, and Tee by Fifth Sun

The Hutt twins from The Book of Boba Fett grace a new tote bag design, perfect for stowing a small fan and other travel essentials. Check out Fifth Sun’s latest offerings including a stylish tee featuring Boba riding a bantha, as well as other print-on-demand items. 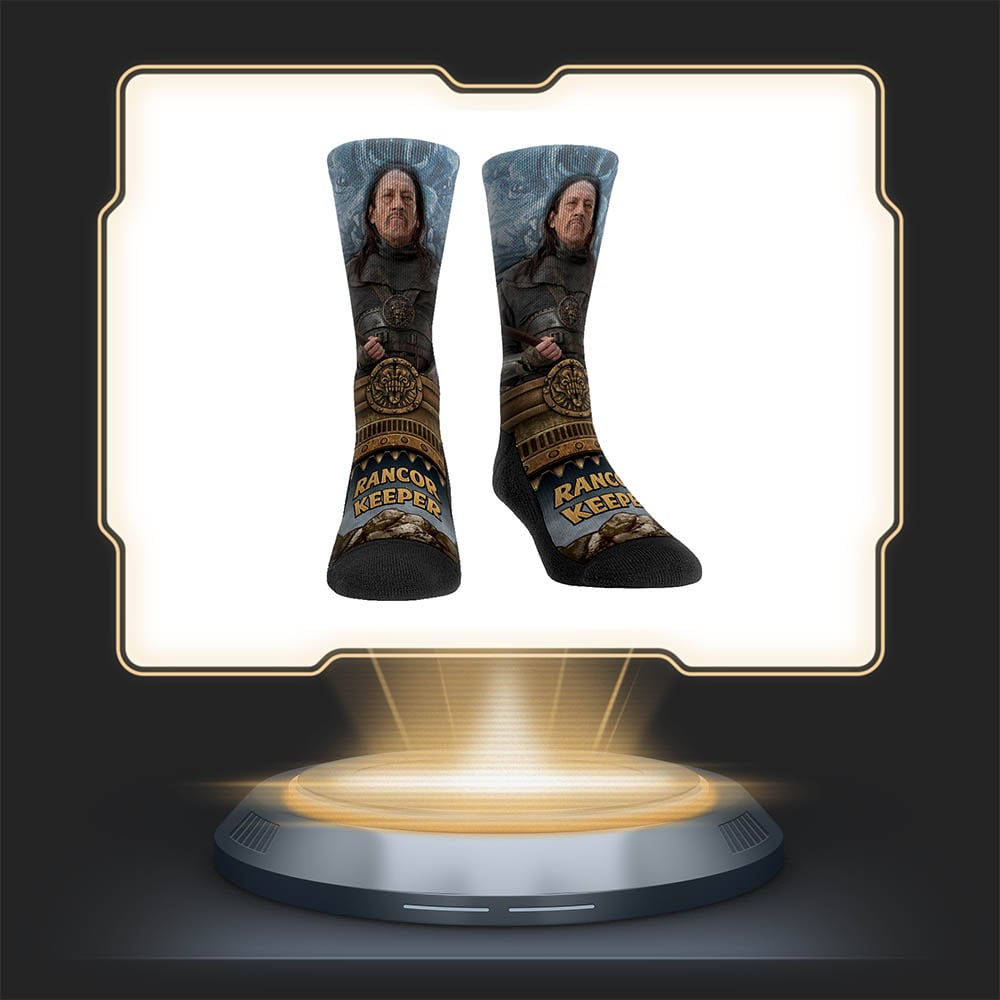 The Book of Boba Fett Socks by Rock ‘Em Socks

There’s a new rancor keeper on Tatooine and on these socks. 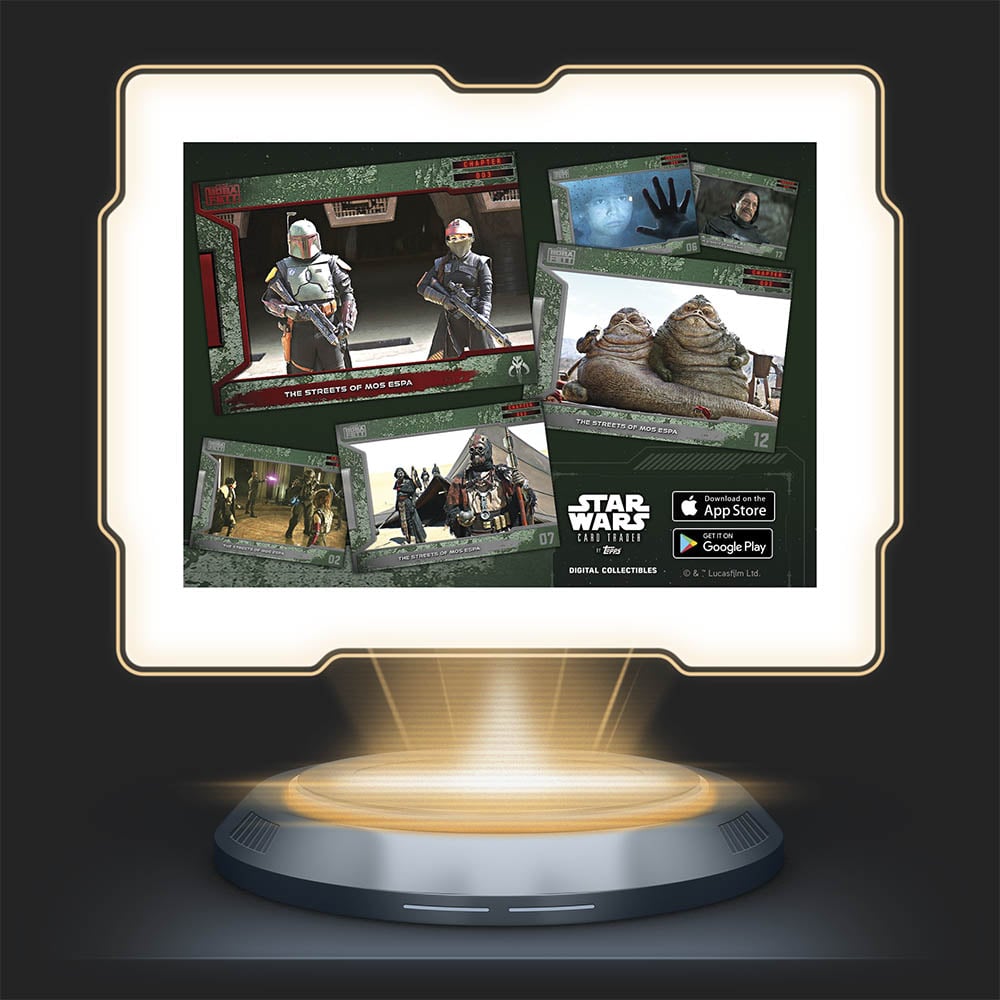 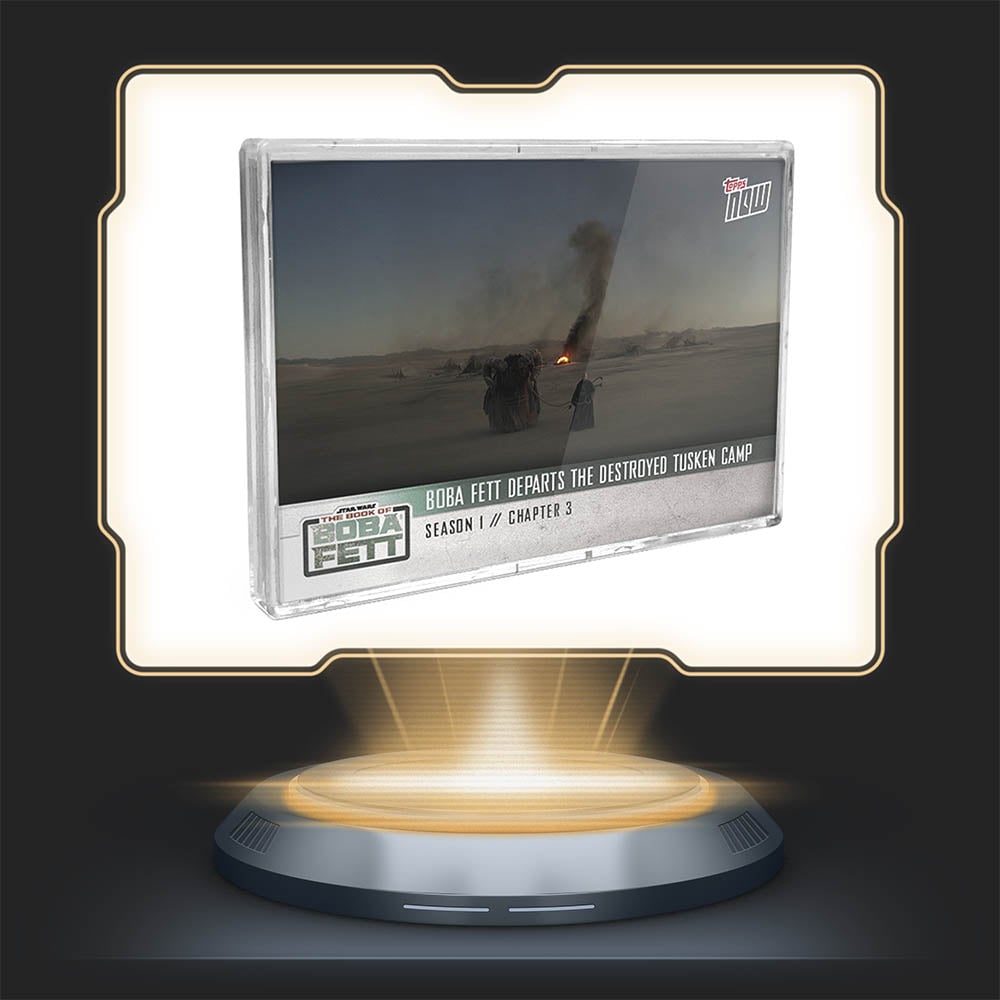