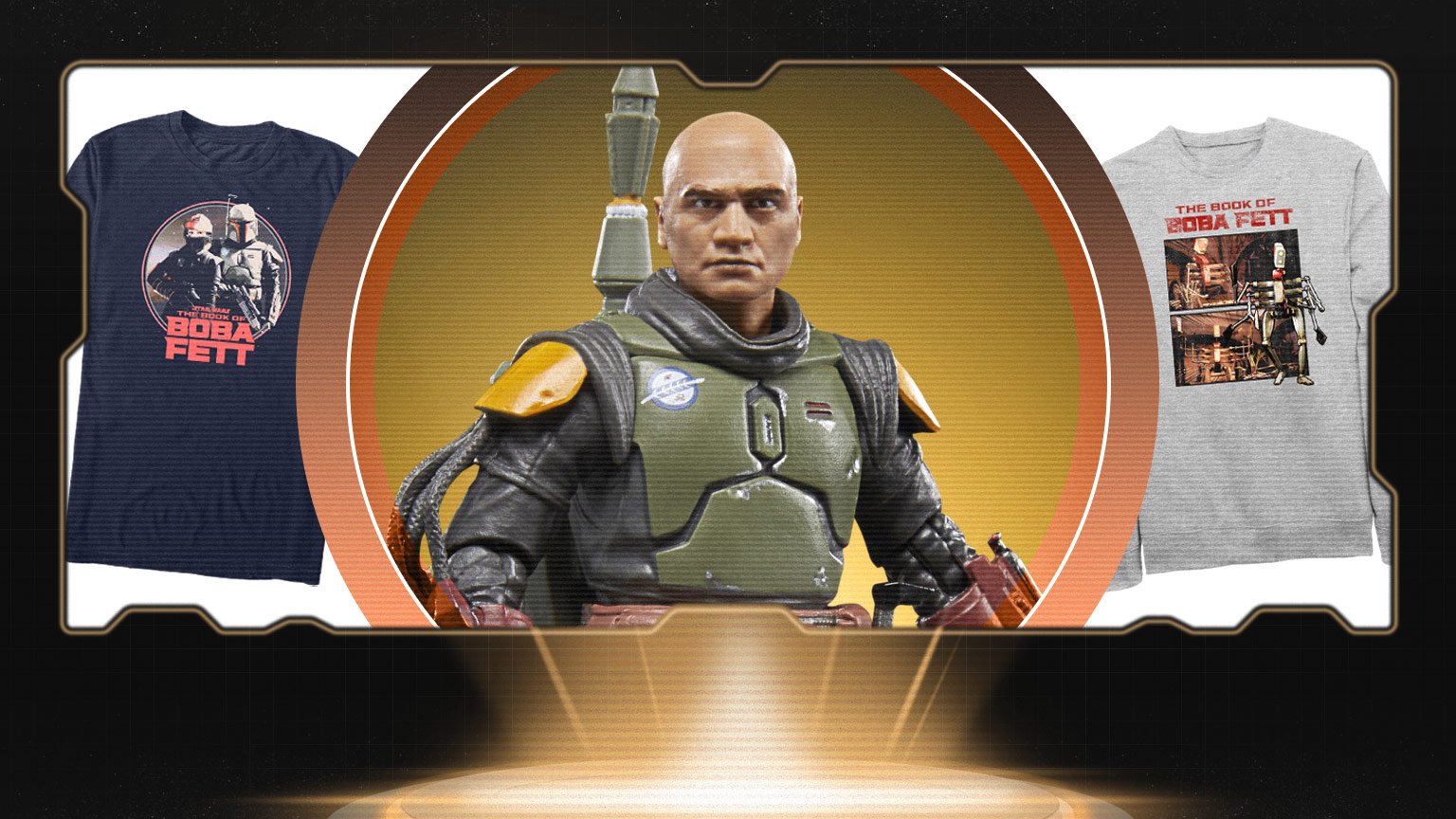 The campaign has revealed new products every Tuesday for the last 14 weeks of new items inspired by everything from The Book of Boba Fett, which premiered exclusively on Disney+ December 29, and The Mandalorian to classics like the Skywalker saga films, animated series including Star Wars: The Bad Batch and Star Wars: Visions, and much more. 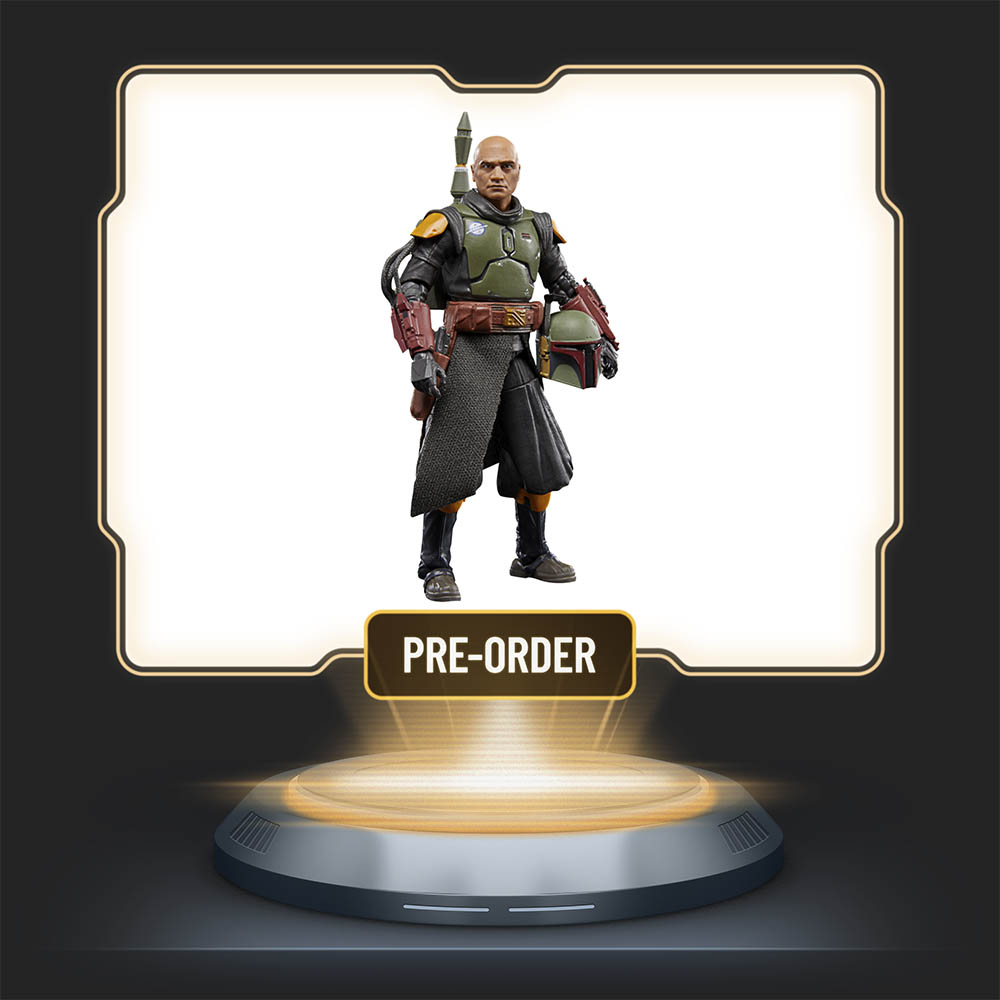 “I want my armor.” So said Boba Fett in The Mandalorian, and once he got it back there was no stopping the legendary bounty hunter. Hasbro’s new 3.75-inch figure depicts Fett as he appeared after regaining and repainting his gear in The Mandalorian, helping Din Djarin on an important mission on Morak. 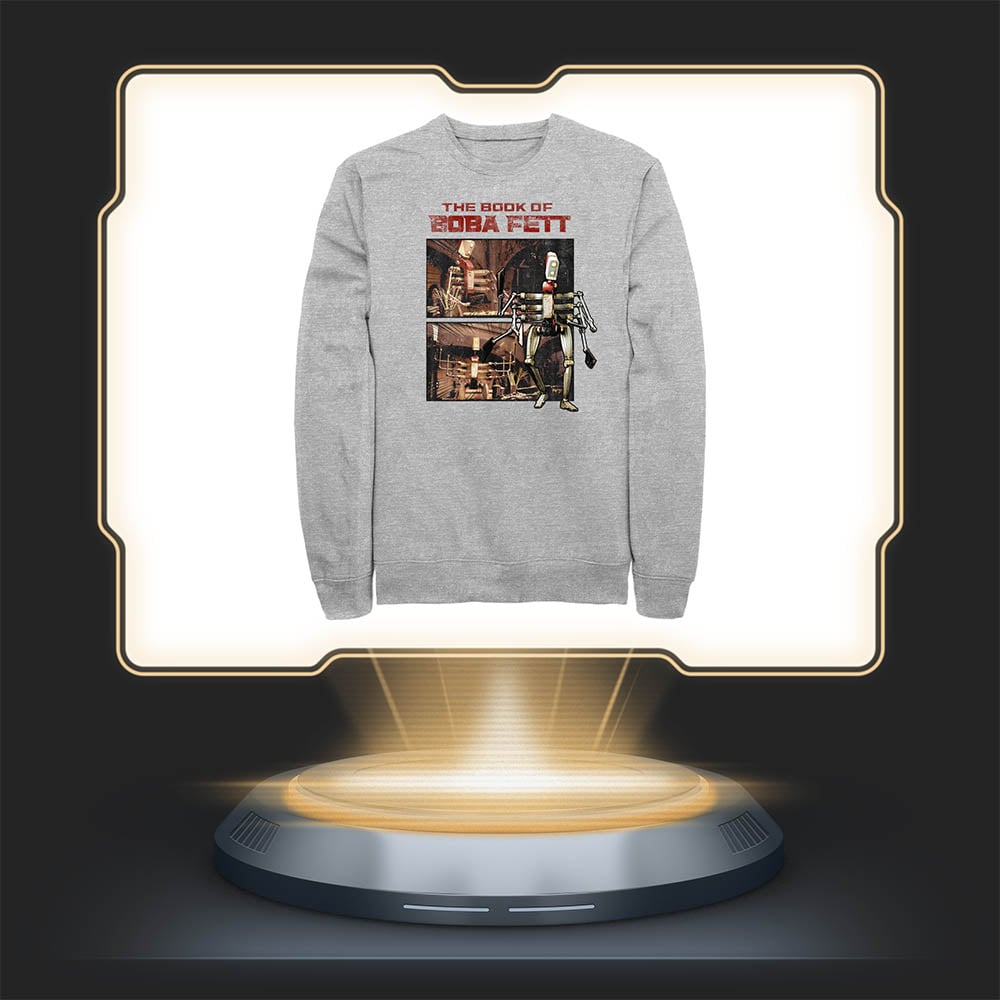 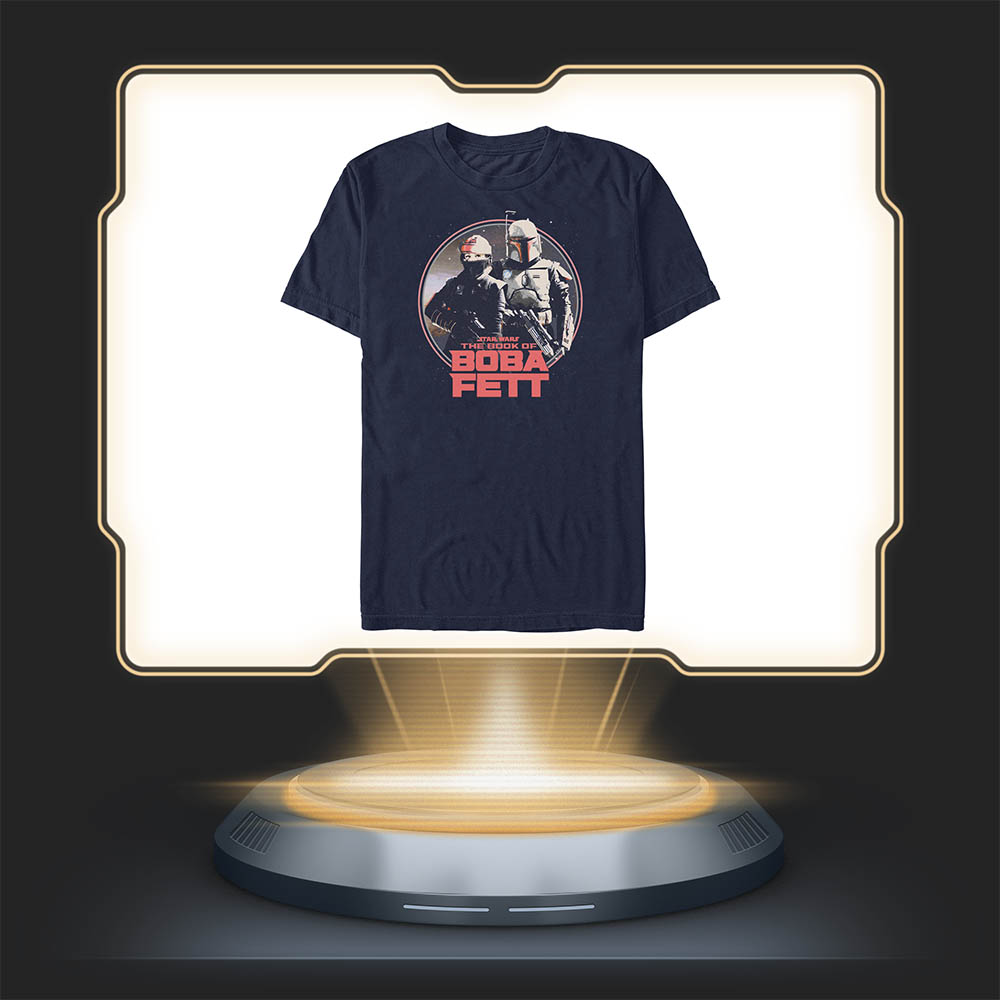 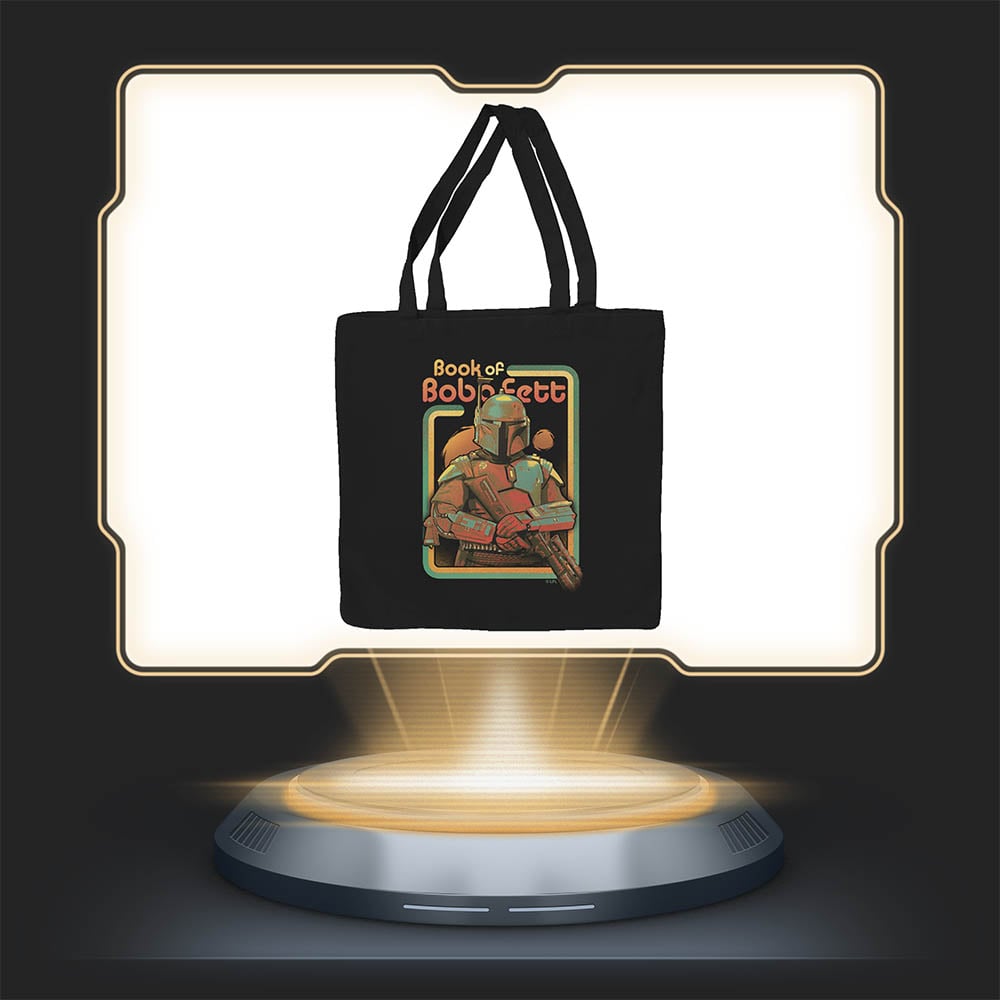 The Book of Boba Fett Chapter 4 Sweatshirt, Tote, and Tee by Fifth Sun

Bib Fortuna’s droid chef turned out to be a memorable, if not entirely effective, opponent for Boba Fett and Fennec Shand. Fifth Sun celebrates the multiple-armed, knife-wielding mechanical menace with a fun new sweatshirt, as well as Boba and Fennec with a stylish tote and tee, respectively. 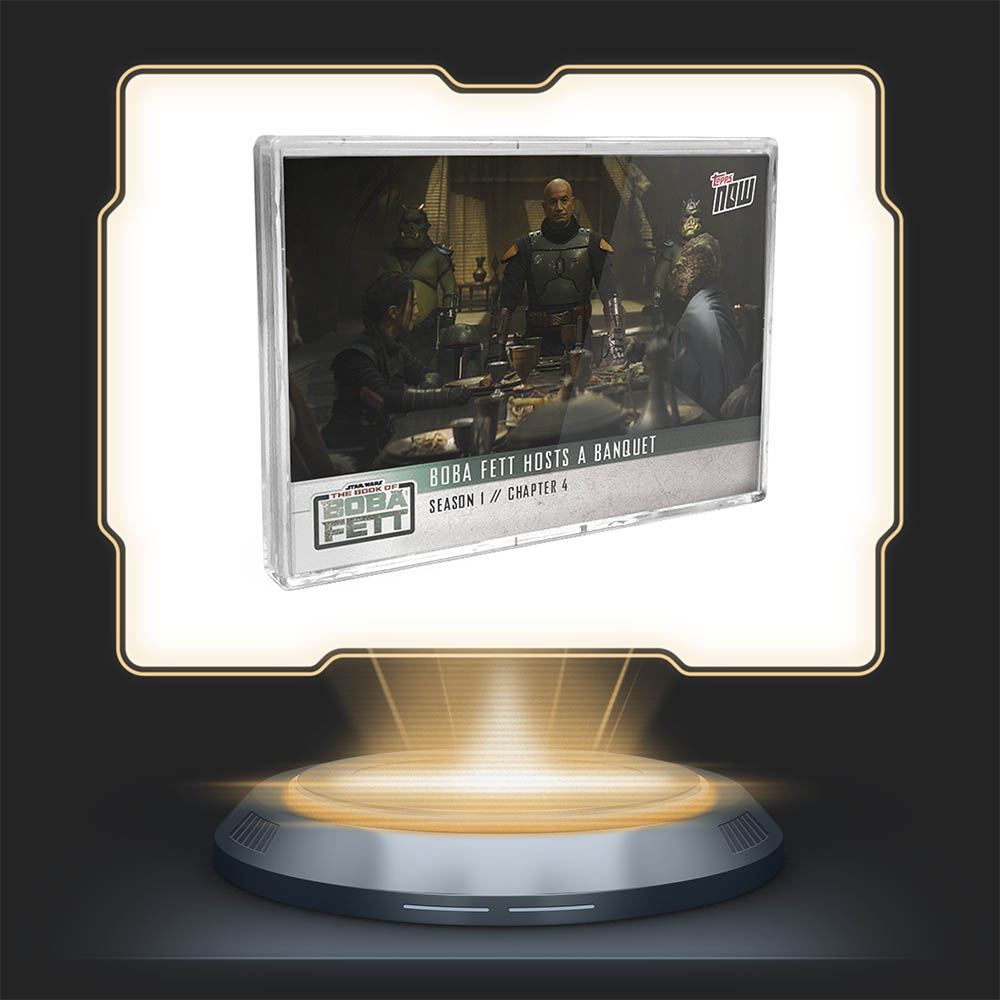 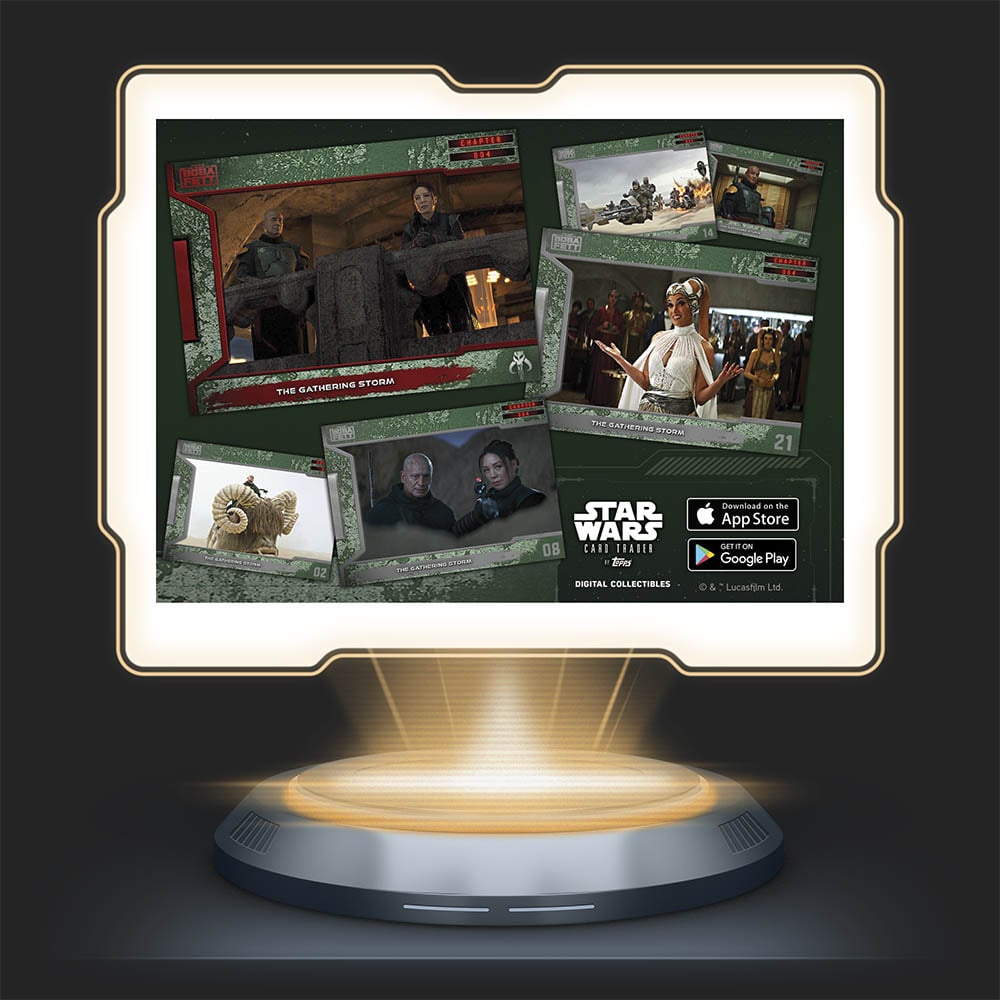