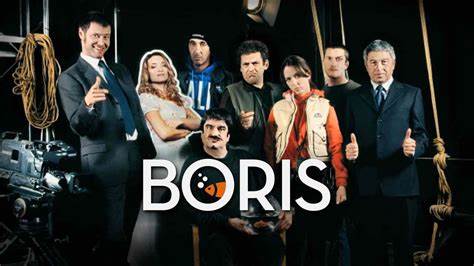 Disney has announced that Seasons 1-4 of “Boris” will release on Disney+ in Canada on Wednesday, October 26, 2022.

The Italian Disney+ Original series mocks the grotesque world of Italian fiction, its phoniness, its unrealistic representation of traditional values, its bad actors sponsored by powerful politicians and TV bureaucrats, the never ending compromises of the technical staff that have to deal with such a chaotic and unpredictable reality