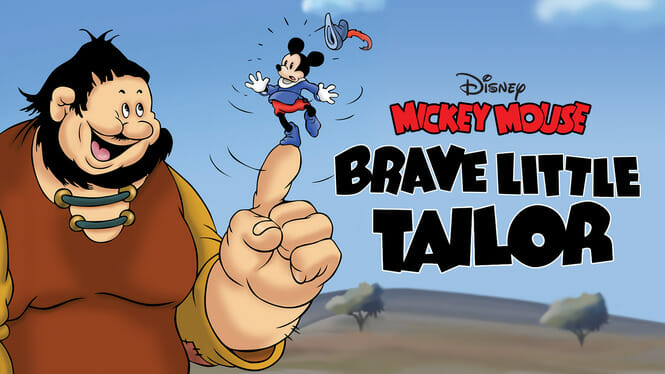 The 1930s animated short “Brave Little Tailor” has been removed from Disney+ globally. Disney hasn’t provided a reason for the removal, and it appears to be a mistake.

When searching for “Brave Little Tailor” on Disney+, you’ll see the title appear, but it’ll redirect to “Sword In The Stone” upon clicking on it. This suggests that this is a glitch, and the short has been removed previously and quickly returned, so hopefully, we’ll see the short back on Disney+ soon.

The setting is in Medieval Times. Mickey Mouse, a tailor, is appointed by the king to kill the giant. He finally accomplishes this feat after much trouble by sewing up the giant. He wins the hand of Princess Minnie Mouse.

Update: The short is now available on Disney+ again.