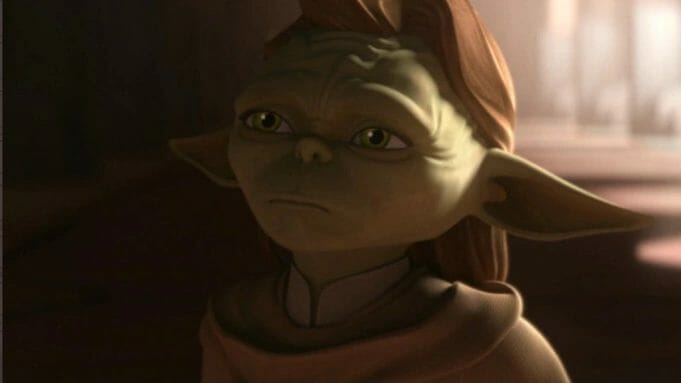 Actress Bryce Dallas Howard will voice the Star Wars character Yaddle in Lucasfilm’s  “Tales of the Jedi.”  All six original shorts of the series will premiere on Disney+ on Wednesday, October 26, 2022.

Howard shared her excitement about her upcoming voice role on social media which you can see below:

Meet Yaddle in #TalesOfTheJedi — voiced by me *squeal* — streaming this Wednesday, October 26 only on @DisneyPlus. Thank you @dave_filoni for making this dream come true 💫 #StarWars @TheCloneWars pic.twitter.com/oYERidKuhV

Jedi Master Yaddle is a female version of the same species as Yoda.  She first appeared in live-action form as a member of the Jedi Council in 1999’s Star Wars: Episode I: The Phantom Menace.

In “Tales of the Jedi,” each animated story will feature different Jedi from the prequel era, such as Qui-Gon Jinn, Count Dooku and Ahsoka Tano. Liam Neeson will return as Qui-Gon Jinn, the Jedi Master he portrayed in The Phantom Menace, the first of the Star Wars prequel films.