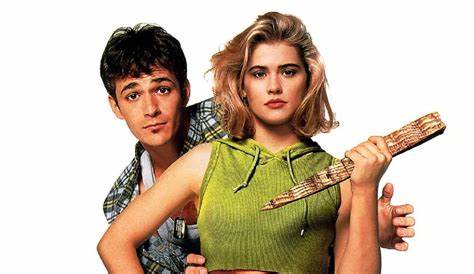 Disney+ has announced the full list of everything coming to the United Kingdom and Ireland in May 2022 including premieres of new Disney+ and Star Original Series, additional episodes of fan-favorite series, and new library title additions.  One of the new titles that will be added to Disney+ next month is “Buffy The Vampire Slayer” which arrives on Friday, May 13, 2022.

Blonde, bouncy Buffy (Kristy Swanson) is your typical high school cheerleader– her goal is to “marry Christian Slater and die” and nothing gets in her way when it’s time to shop. But all that changes when a strange man (Donald Sutherland) informs her she’s been chosen by fate to kill vampires. With the help of a romantic rebel (Luke Perry), Buffy is soon spending school nights protecting L.A. from Lothos, the Vampire King (Rutger Hauer), his sidekick Lefty (Paul Ruebens) and their determined gang of bloodsuckers. It’s everything you’d expect from a teen queen in the Valley.