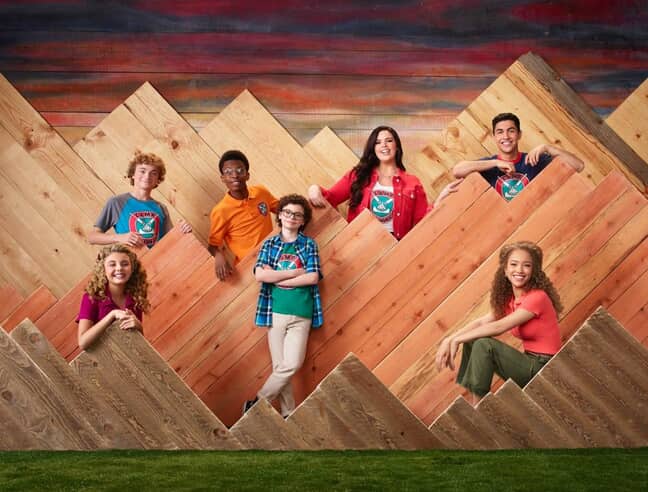 Disney Channel’s long-running summer camp comedy “BUNK’D” will mark a big milestone with the premiere of the series’ 100th episode, THURSDAY, JUNE 3 (8:00 p.m. EDT/PDT), on Disney Channel and DisneyNOW. The notable episode will air during a special summer kick-off week featuring a new installment of the series on each night of the week from MONDAY, MAY 31, through FRIDAY, JUNE 4.

Kristina Smith, executive director, Current Series, Disney Branded Television, said, “Congratulations to the cast and crew of ‘BUNK’D’ on their amazing achievement in reaching 100 episodes. From day one, this series was a hit for us, and it continues to entertain our audience with an irresistible blend of relatable characters and funny, warmhearted storylines.”

Episodes premiering during the special “BUNK’D” summer kick-off week are as follows: (Note: all episodes begin at 8:00 p.m. EDT/PDT)

Lou feels stressed about her chemistry assignment and all of her camp responsibilities, while her campers find themselves in some sticky situations.

Ava and Destiny compete in an elaborate marble race; Lou, Matteo and Noah head off on a road trip where they encounter Noah’s NASA-bound older brother.

Finn and Destiny look for a way to leave their mark on the camp; while meeting Matteo’s mother, Lou and Noah discover that he has a surprising skill.

“Dancin’ Up a Storm”

Lou drops in on her cousins at their family farm only to receive an icy reception to her surprise visit; Parker tries some creative methods to teach Finn how to dance.