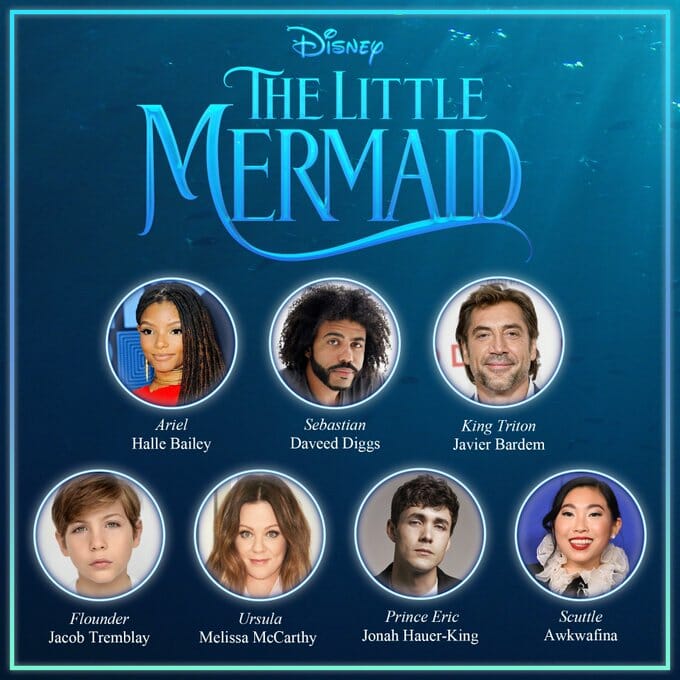 “The Little Mermaid” returns Rob Marshall to the Disney fold with a live-action take on the animated classic. In the title role is multitalented singer and actor Halle Bailey, alongside a talented cast that includes Awkwafina, Daveed Diggs, Jacob Tremblay, with Javier Bardem and Melissa McCarthy.

The film will feature the beloved Menken-Ashman songs from the animated original and some all-new music from Alan Menken and LinManuel Miranda as well.

To see everything that was announced for Disney+ during Disney’s Investor Day presentation, click here.