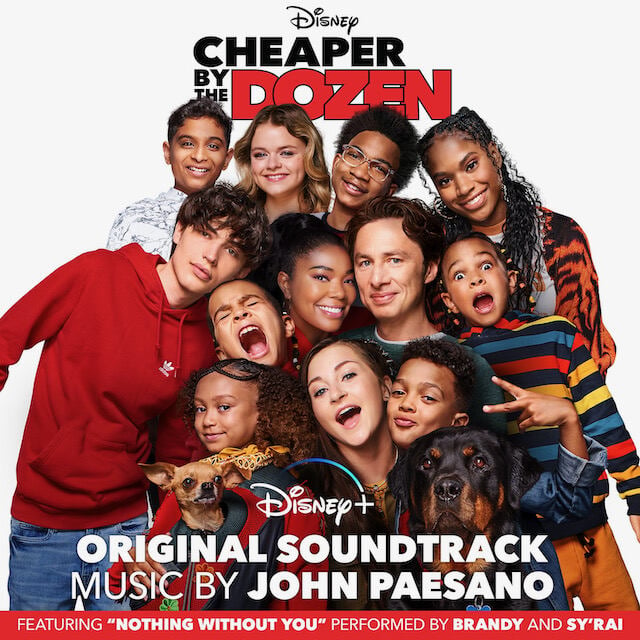 Hollywood Records will release the soundtrack album for the all-new Disney+ Original movie “Cheaper by the Dozen” which begins streaming on March 18th.

The album features the film’s original score composed by John Paesano.  Paesano has previously worked on Daredevil, The Maze Runner, Spider-Man: Miles Morales, Penny Dreadful: City of Angels, Diary of a Wimpy Kid, Invincible, and When the Game Stands Tall. Also included is the song Nothing Without You performed by Brandy and Sy’Rai.

The soundtrack will be released digitally on March 18.

You can watch a trailer for “Cheaper by the Dozen” below and read our review of the movie here.