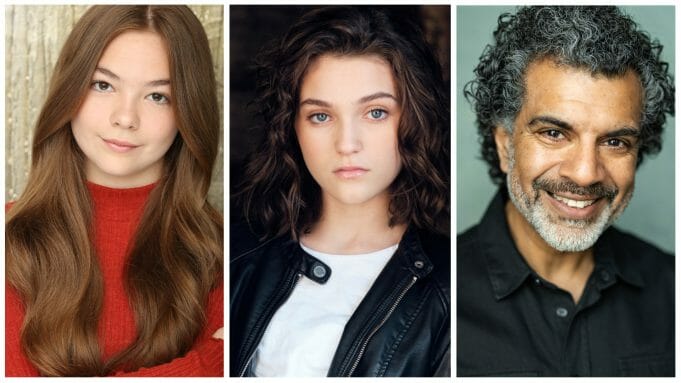 Guidry will star as Josephine Bell, described as “a striking ice-queen with a razor-sharp tongue. As a ward of the state, she’s the girl in charge at Seven Oaks Youth Home. She is leader of the CMC (Crip Mafia Cartel, a “gang” she and her friends started) and dreams of growing up to be a hitman for New York mobster John Gotti.”

Izzy will play Kelly Ellard. The character is said to be “Josephine’s best friend — if Josephine is John Gotti, Kelly is Sammy the Bull. Despite her middle-class upbringing and ‘good-girl’ appearance, Kelly is a founding member of the CMC and will do anything to prove her loyalty to her crew.”

Khan will star as Manjit Virk, Reena’s father. The character is described as “a gentle soul trying his best to understand his daughter during her adolescent transformation, although the emotional scars she has inflicted are raw.”

Guidry’s credits include “Joe Dirt 2: Beautiful Loser,” “Don’t Kill It,” “The Last Tycoon” at Amazon and “Secrets of Sulphur Springs.”

Izzy’s credits include “B Positive” at CBS, the Netflix series “AJ and the Queen” and the Netflix film “The Highwaymen.”

Khan’s credits include shows like “The Great” at Hulu as well as “Berlin Station” at Epix, “DI Ray” at ITV, and “Eastenders.”